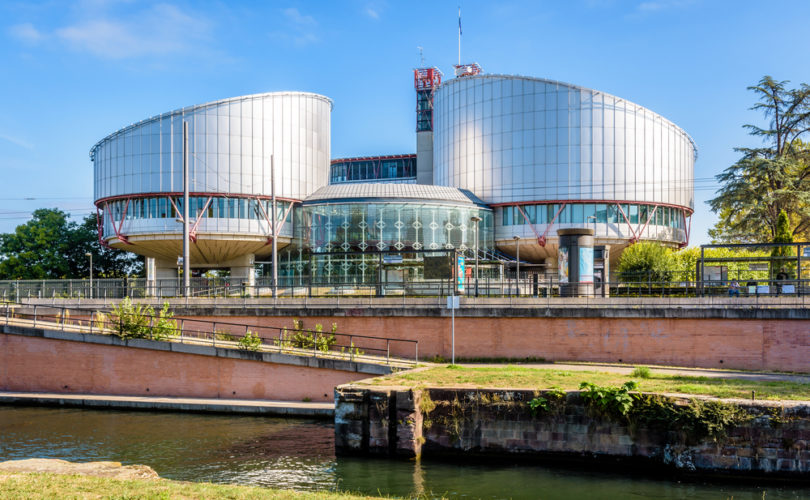 (LifeSiteNews) — The abortion lobby suffered a defeat in a recent trial at the European Court of Humans Rights (ECHR).

The case by a Polish woman, called “Ms. B.B.”, who sued Poland because she could not receive an abortion was declared inadmissible and thrown out by the ECHR.

The lawsuit was significant because the woman suing Poland was supported by big players in the abortion lobby, including the Center for Reproductive Rights, the Polish Commissioner for Human Rights, the Federation for Woman and Family Planning, and the Helsinki Foundation for Human Rights.

The case was “part of a strategic litigation programme run by Polish non-governmental organisations” to attack Poland’s restrictive abortion laws, according to the European Centre for Law and Justice (ECLJ), a pro-life NGO that submitted a statement as a third party to the case before the ECHR.

The Ordo Iuris Institute for Legal Culture participated in the proceedings in front of the ECHR in the same capacity as the European Center for Law and Justice.

The woman who sued Poland “became pregnant at the end of 2013,” and her unborn child was diagnosed with serious abnormalities later in the pregnancy. She wanted to abort her child, but the doctor tasked with carrying out the abortion refused “on the grounds of conscientious objection.”

— Article continues below Petition —
URGENT: Say No to the UK introducing a “right” to abortion
Show Petition Text
10648 have signed the petition.
Let's get to 12500!
Thank you for signing this petition!
Add your signature:
Show Petition Text

“The applicant tried to obtain an abortion in another medical centre but was informed that the pregnancy was in its twenty-fourth week and that therefore abortion was no longer legal in her case,” the case summary by the ECHR states. The child was eventually delivered via cesarean section, with multiple defects, and died a few days after the delivery.

The court declared the complaint inadmissible since “the applicant cannot be considered a ‘victim’” because she had already received a settlement payment from the hospital in a civil lawsuit.

“Despite the power and efforts of these lobbies, it is the legal argument of the ECLJ and the Polish government, summarized in §41 of the Court’s decision, that prevailed,” ECLJ wrote in its press release.

“The pro-abortion lobby has once again revealed its true face with this case, in particular its eugenic beliefs,” ECLJ stated. “The applicant’s first lawyer had to be replaced after he was convicted of organized crime involving extortion of 248 disabled people. The new lawyer challenged the ECLJ’s brief, accusing us of developing ‘extremist religious arguments’.”

“This lobby pushed the applicant to call her child a ‘monster’ in the media, and attacked her doctor,” ECLJ’s statement continued. “The doctor [who refused to perform the abortion] was publicly called by the Polish left ‘the incarnation of Satan’, a ‘possessed’ person, a ‘degenerate’ and a ‘person without conscience.’ He lost his position as hospital director because of this case. Finally, in 2020, the Constitutional Court of Poland declared eugenic abortion contrary to the human dignity guaranteed in the Constitution and consequently banned it.”

The doctor, Professor Bogdan Chazan, was defended by the Ordo Iuris Institute for Legal Culture in Polish courts.

“The case is not over yet, and we are still fighting to restore him to his position prior to the political witch hunt against him,” Zbigniew Przybyłowski of Ordo Iuris told LifeSiteNews by email.

ECLJ stressed that, while this was an important victory, many more attacks by the abortion lobby are coming, especially against Poland’s pro-life laws:

This defeat of the abortion lobby is important, but it continues its ‘war’ against the protection of human life, especially against Poland, which is the object of relentless attacks at the ECHR. Other ‘battles’ and judgments are to come.

You can support ECLJ by signing and sharing their petition titled “For the protection of Every Human Life.”