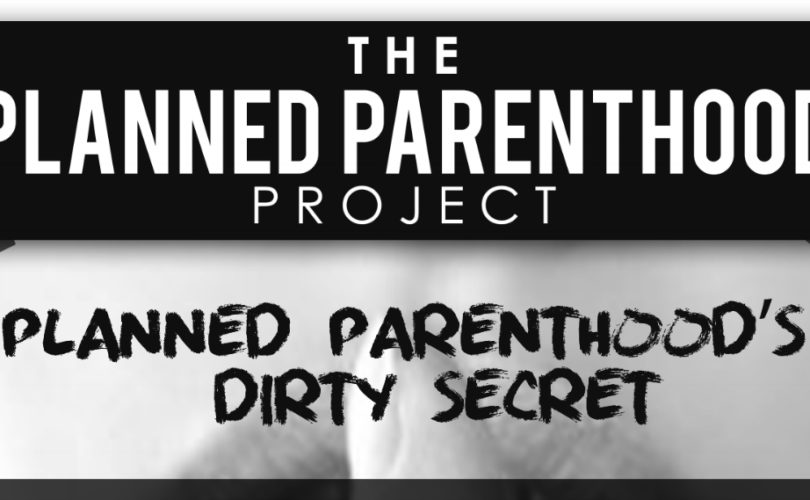 Update Oct. 6 5:15 p.m. EST: Aquinas College responded to LifeSiteNews' request for comment with the following statement: “Aquinas College expects all individuals on campus, whether students or visitors, to respect the opinions and personal property of others. We are disappointed to learn that someone has damaged fliers that were posted on our campus.”

Saints for Life at Aquinas College in Grand Rapids says that in the days leading up to its October 3 event aiming to educate students about Planned Parenthood’s abortion agenda, vandals repeatedly trashed their posters.

“It’s unfortunate that someone would do this,” the group’s Vice President Emily Hazelbach told LifeSiteNews on Friday.

“We put them up on Tuesday, and not even an hour went by, and they were ripped off,” she told the local Fox affiliate last week. “The next day I walked by, posters were shredded on the ground. Then last night, there was writing on a lot of the posters with words reading ‘stop spreading lies.'”

“What was happening this week with the vandalism is they didn’t like the facts we were sharing,” she told LifeSiteNews.

The group was running the Planned Parenthood Project, which is a nationwide initiative by Students for Life of America that aims to raise awareness among young people about the nation’s largest abortion business and educate them about alternative resources that respect life.

“Mainly it was to educate our peers about Planned Parenthood and to direct them to other healthcare centers where they can get real and honest help,” Hazelbach told LifeSiteNews.

The data used in the Planned Parenthood Project is gathered directly from the abortion giant’s annual report, she said.

In addition to posters, literature, and discussion, the Saints for Life group had planned to place 915 pink crosses on campus on Friday to represent the number of abortions performed daily in the U.S. by Planned Parenthood, but rain moved the event indoors.

Roughly 15-20 of the pro-life group’s members took shifts between 9 a.m. and 3 p.m. for the Planned Parenthood Project inside the Aquinas College Academic Building in the center of the campus.

Hazelbach said she expected some negative comments from passers-by, and there were some, but no protests and no vandalism.

“Being inside close to administration perhaps may have suppressed some controversy or more vocal reactions, but we were able to reach out to a good majority of our peers here,” Saints for Life President Sarah Wade told LifeSiteNews. “Of course there were some that did not agree and did not want a flyer, but those who opposed our position remained respectful.”

“I think overall it went very well,” said Hazelbach. “We definitely got our message out there.”

“We got several students interested in joining our group and many staff and faculty stopping by saying they support us and our mission to protect life,” Wade said.

The Saints for Life group expressed concern to the Aquinas College administration over the destruction and defacement of its property, and Hazelbach said the school is working on the appropriate measures to handle the matter.

“This doesn’t happen with other groups,” she told LifeSiteNews.

Aquinas College’s administration did not respond to LifeSiteNews’ request for comment by press time.

Hazelbach learned a lot during the week of the event, and the group remains strong in its beliefs, she said. She just wishes people would face them directly. “I’d be happy to talk to anyone about this,” said Hazelbach. “That’s the whole point, to educate.”

Wade said she was proud of the Saints for Life group. “It was obviously a bit nerve-racking when planning for it and starting out, but standing up for life and spreading truth was so important and rewarding,” Wade said. “Our college is dedicated to the pursuit of truth, following in Saint Thomas Aquinas's example, and today I believe we did just that.”