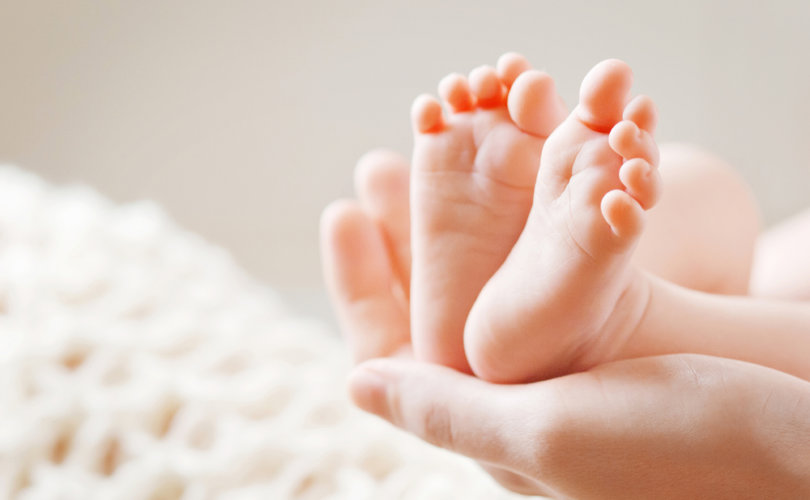 EDINBURGH, Scotland (LifeSiteNews) — A new pro-life pregnancy support center is to open in Edinburgh, Scotland, bringing urgently needed life-affirming support to women in unplanned pregnancies who might be considering abortion.

Stanton Healthcare is an international organization founded by American pro-life advocate Brandi Swindell in 2006 and is dedicated to assisting women in crisis or unplanned pregnancy situations, offering essential material support as well as emotional care to those who face the most difficult circumstances to help them make life-affirming choices.

At the core of Stanton’s mission is “the fundamental truth that human rights begin in the womb,” the international website reads.

“We believe in practical, caring solutions which uphold the dignity of both mother and child. We provide life-affirming options to abortion-vulnerable women and provide hope to those struggling from the pain of a past abortion,” the organization’s mission states.

LifeSiteNews spoke to Donna Cameron, the executive director of the forthcoming Edinburgh-based healthcare center, and Paul Atkin, a trustee, who explained why they are opening a pregnancy support center in eastern Scotland at this time.

Cameron, a native of Northern Ireland, said that underpinning the move to establish a Stanton Healthcare center is the need to support “the philosophical right that life begins at conception.” This right to life, she said, “is not simply a right for the fortunate, the planned, and the privileged. It’s a human right, and that gets diluted in our society.”

Her own involvement in the pro-life movement reaches back to her childhood, when as a 15-year-old she was introduced to the reality of abortion in school.

A particularly knowledgeable teacher, she said, helped her to “understand the development of the unborn child, what abortion was, what it did, and why women made this choice. I felt so many emotions in that one hour [class], a seed was planted that made me question everything I knew, or didn’t know, about abortion and human rights.”

Cameron’s mother was in her late teens when she was born. Understanding her circumstances, it’s her mother’s love that has bolstered her desire to bring essential care to other women in similar circumstances. “She always reminded me I was the best thing that ever happened to her, and I had a loving family,”  Cameron said of her mother. “In a sense it made me appreciate that life can be so fragile and also a gift. It made me think about the women who didn’t have that support or love in times of crisis,” sparking a desire to offer that support more widely.

“I believe in human rights and that equality begins in the womb and that abortion is the biggest human rights issue of our time,” Cameron said, adding that “more human lives have been lost to abortion than the world wars combined”

Indeed, 2021 marked the third year in a row in which abortion was the leading cause of death worldwide. In 2020 Scotland recorded the second highest number of abortions (13,815) and the highest abortion rate of recent times.  “I think we see numbers and forget that this is one woman and one baby at a time, year after year, since 1967,” Cameron explained.

Although a pro-life advocate from her teens, Cameron said her decision to open a Stanton Healthcare center was only reinforced in the summer of 2020 after watching the movie Unplanned, a biopic documenting the life of former Planned Parenthood executive turned pro-life champion Abby Johnson.

“Afterwards, I couldn’t get it out of my mind, the conversion story, the women and girls, the reasons why, the effect it had on women,” she told LifeSiteNews, explaining that the following day she was inspired to open a pregnancy support center.

“It was a real turning point for me,” she added. “I needed to open a pregnancy support service and I went with my connection. I admired what Stanton Healthcare represented in our society, their ethos and how they helped women directly.” Cameron already had a relationship with Stanton Healthcare through her late sister Kiara who was the executive director of Stanton Healthcare Belfast at the time of her death in October 2017.

“I believe it was the loss of Kiara and the healing of a broken heart that reignited my passion and it has helped my cause,” Cameron said, quoting Lila Rose whose book Fighting for Life notes that “[d]eep grief is often the starting point to right an injustice, that is good thing, don’t run away from that emotion … the world has enough hearts of stone, it needs hearts willing to ache and burn.”

Despite planning to become a teacher in a nursery school at the time, Cameron determined that continuing her sister’s legacy, and indeed that of Swindell, the organization’s founder, Stanton was a concrete way to bring her activism to fruition in Scotland.

Within Scottish culture abortion is a largely unspoken subject, Cameron said, explaining that in many offices and workplaces discussions around abortion are considered “quite a taboo subject … no one really talks about it.”

In local media, prayer vigils and pro-life campaigners have been smeared as “harassing” women or behaving in a “massively intimidating” fashion, despite police and healthcare system reports consistently recording “no incidents” of harassment or violence during vigils.

Paul Atkin, a trustee at Stanton Healthcare (East of Scotland) explained to LifeSiteNews that Scotland records its abortion figures by area of deprivation, the results of which show that the most deprived 20 percent of the country has experienced a rise in abortion rates of 25 percent in the last 10 years, compared with rates in wealthy areas which have fallen by 1 percent in the same period. Women based in the most deprived areas of Scotland have abortion rates which are double those in wealthy parts.

“The reality is, women are being pushed into [abortion] by economic circumstances,” Atkin noted. “This data very strongly points to that fact.”

Eastern areas of Scotland, where Stanton will be based, have some of the highest abortion rates in the country

Though Stanton supports the efforts to create pro-life laws in Scotland and throughout the world, the organization is not a campaign group for the pro-life cause, Cameron said. Rather, Stanton is “there to help women.” “We are the door of hope … when they’ve got no one.”

“This is the organization that’s going to help women and save babies,” she said.

To meet the needs of those in unplanned pregnancies, Stanton seeks to provide resources covering informational, financial, emotional, and material requirements. “To put it simply, whatever is needed, for as long as it’s needed,” Atkin said.

“Everybody’s needs are going to be different,” he continued, explaining that some women have come from foreign countries and have “literally nothing … they need somewhere to live, they need material goods, they need registration with a doctor.”

In addition to their practical needs, many people require emotional support such as “having a one-to-one conversation,” Cameron added, which Stanton will provide for women who are considering abortions to help continue their pregnancies.

They hope to provide ultrasound scans, with Cameron stating that Stanton International estimates 90 percent of women who come to its healthcare centers seeking pregnancy support and who receive a scan decide to continue their pregnancy.

Whether women are seeking pregnancy support out of fear or pressure to abort, Cameron said Stanton’s job is to “meet women at their cross road, in crisis, often the only road is abortion. We understand this a difficult decision for many, we are here to help, to offer support and for women to know they are not alone and there are other options.”

“We assess people and work out what they really need and then put together a package to provide for them,” Atkin added.

Describing their pregnancy support advisors, Atkin said their greatest skill is to be “experts in humanity,” who have “common sense and empathy who can … support a woman and make a woman feel confident and that a woman will trust,” regardless of whether they are “brimming with qualifications.”

There are many ways people can get involved to help Stanton Healthcare in Scotland, Atkin said, stressing “most importantly” that people pray for the success of the healthcare center.

Otherwise, people can get involved by applying their skillsets, he said, encouraging individuals to come forward with expertise in graphics, social media, and those with administrative or legal experience.

More directly, Stanton is looking for pregnancy support advisers as well as medical professionals to deliver accurate and useful information and services to the women using the center.

Finally, people can help through financial donations. To this end, LifeSite has created a fundraising campaign on its successful crowdfunding platform, LifeFunder.