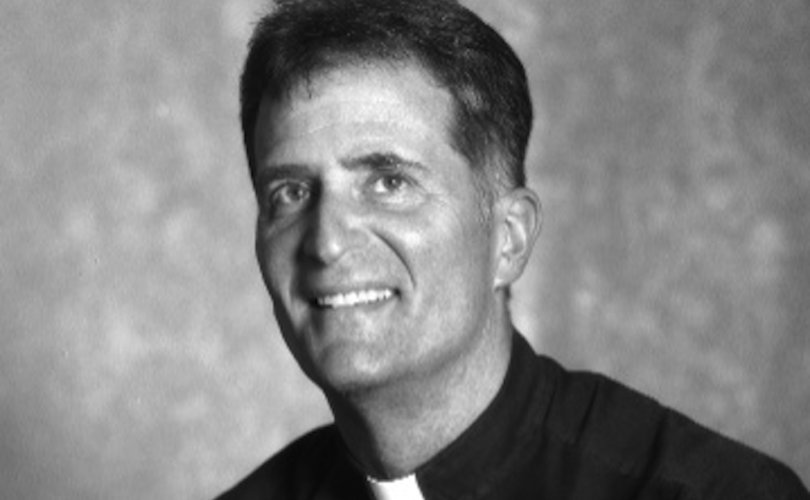 Father Richard Perozich is retiring as a priest in the Diocese of San Diego.

SAN DIEGO, California, June 30, 2017 (LifeSiteNews) – An outspoken pro-life priest whose bishop banned him from writing bulletin columns is about to retire to Hawaii.

Father Richard Perozich received much attention from the pro-life movement just before the 2016 election when fliers were stuffed in his parish's bulletins explaining the Democratic Party’s official support for intrinsic evils like abortion. The fliers warned Catholics they put their souls at risk by voting for Democrats. The Diocese of San Diego decried the fliers, which Perozich hadn't authorized.

Then, Perozich wrote a bulletin column defending Church teaching on moral issues. He also opined on matters of prudential judgment within Catholic teaching. This led his bishop, Bishop Robert McElroy, to order Perozich to limit his bulletins to “calendaring events.”

“Bishop McElroy was very gracious in granting” me permission to retire, Perozich, who is nearly 66, told LifeSiteNews.

But Perozich was well-known to the Catholic faithful in the Diocese of San Diego for years before that incident. In his 25 years as a priest, he worked with the diocesan advisory board on Natural Family Planning, started a Courage chapter for people with same-sex attraction seeking chastity, did prison ministry, worked on ecumenical and interfaith efforts, and learned Spanish.

In 2014, Perozich announced to his parish that he was not going to attend a convocation of priests because the speaker was Father Timothy Radcliffe, OP, who has said sodomy can express Christ's “self-gift.”

Radcliffe “shouldn’t even be given a forum to speak because of his previous expressions on sexual issues and marriage and homosexuality,” said Perozich. “So if you’re going to do that, regardless of who’s going to speak, I’m not going to go.”

He said he didn't receive any pushback from the diocese for refusing to go.

“As a Christian, I need top-notch people who are real clear in the fullness of the Catholic faith to be my teachers and to express things,” he said. “I didn’t start a protest for other priests not to go, I didn’t tell anyone else not to go – I just told my parishioners that I wasn’t going.”

Perozich said he's always hopeful about the future, but “realistically,” it doesn't seem that there will be doctrinal clarity any time soon in the Church.

“I don’t see much ability for that to happen because people are asking for changing of language in the Church,” he explained. “For example, our bishop asked that one of the things in the catechism be changed regarding homosexuality” because calling it “disordered” is “a philosophical term and people misunderstand it as a psychological term.”

Father James Martin, SJ, recently named a communications adviser to the Vatican, just published a book that subverts Church teaching and encourages people to say “gay” or “LGBT” instead of “same-sex attracted.”

“Based on that, if those are the kind of people who are coming in, then [we’re] going to get more and more of it. Pope Francis is allowing this to happen. If he didn’t believe it, he wouldn’t allow it to happen,” said Perozich.

Perozich said he finds it “repugnant and reprehensible” to use the language of the gay rights movement.

“I don’t identify people by their iniquities,” he said.

Perozich hopes another priest can take over Courage (the priest who succeeded him has died), but he's not sure if anyone's willing.

“I just don’t know that anyone else is really that interested or wants to put themselves out against an administration, not just in our diocese, but against the movement in the church that seems to be stronger among those who have authority over us,” he said. “I really don’t care. For me, the truth is the truth. I need to sleep at night.”

However, “I’m not gonna put down Bishop McElroy,” said Perozich. “I don’t agree with some of the things he says, but those are his emphases in the Church and they’re not mine.”

Priests get 'everything' from the Church, 'transfer the responsibility to the government' for others

One of the reasons so many Catholic clergy promote the expansion of government programs is because they themselves receive free things from the Church, said Perozich.

“You pay for everything for us priests, so we are now on the entitlement program,” he said. “Most of us have bellies that go over our belts. Some of them can barely get up out of the chair.”

“We’re all ‘entitled’ to all of these things and we know that the Church has to pay for it. So because of that, we believe that everyone else is entitled to healthcare, and everything else, but we just transfer the responsibility to the government,” he continued.

Helping people doesn't have to involve government, said Perozich. “Christ told us to take care of our brothers and sisters.”

Catholics must embrace the 'Benedict Option'

“There’s just too much stuff going on in the Church right now that just really isn’t clear,” he said.

He's not going to become a “hermit,” but will simply live a quiet life of reflection. Perozich said he'll be happy to return to San Diego to help at times if his brother priests need him to, and that he is willing to help out at his new Hawaii parish if the pastor wants him to do so.

He said he has joked with the pastor of his new Hawaii parish that he's willing to hear Confessions on the beach with a Vatican flag on the back of his chair, but that his purpose in moving to Hawaii isn't to start a new ministry. He plans to slow down.

“I just need to maintain my own integrity spiritually,” he said.