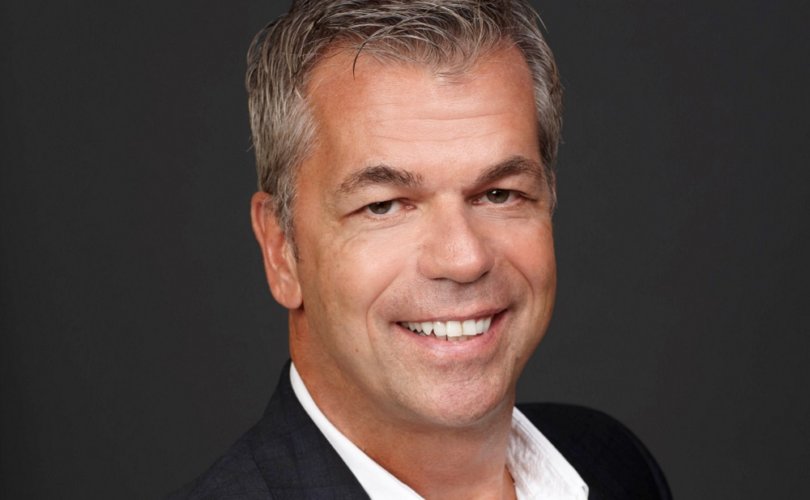 MONTREAL, Québec, March 2, 2020 (LifeSiteNews) – The Conservative party of Canada barred pro-life and pro-family advocate Richard Décarie from running as a candidate for the party’s leadership.

Over the weekend, Décarie took to Twitter to announce that he was disallowed by the “unelected” Conservative Party of Canada’s Leadership Election Organizing Committee (LEOC), to run as a leadership candidate.

Pro-life organization Campaign Life Coalition (CLC) says Saturday’s disqualification of Décarie as a conservative party leadership candidate, “reeks of corruption,” adding that it is “positively outraged” about the “undemocratic actions” of the selection committee.

“This is something akin to communistic, soviet systems where you had elections, but the party decided who you were allowed to vote for,” said Fonseca to LifeSiteNews.

“This reeks of corruption by the members of LEOC and is a total disdain for representative democracy. In my view, every member of LEOC who voted to disqualify Décarie should be called out for their undemocratic actions. They are not conservative.”

Décarie, a former Stephen-Harper-staffer, said via his Twitter page in English and French over the weekend that no reason was given for being disallowed to run in the leadership race, despite meeting all of the criteria.

“It seems my candidacy was viewed as a threat to the establishment of the CPC and to the kind of leader THEY want to select,” he said.

Décarie then added that “True Blue Conservatives” with traditional values, are a “major force” in the party, even without him being in the running.

Support for Décarie came swiftly from many of his followers, including two pro-life candidates who were approved to run in the leadership race, rookie conservative Member of Parliament Derek Sloan, and Jim Karahalios.

“Outrageous @RichardDECARIE not allowed in CPC leadership race. As a founding member of this party, and a principled conservative, Décarie deserves to be in this race,” said Sloan via his Twitter page.

Sloan then added: “@RichardDECARIE is a pro-life stalwart and a leader of social conservatism not just in Quebec but across Canada. Looks like the CPC's LEOC is adopting @PeterMacKay “albatross” position, one by one.”

Karahalios echoed Décarie in calling LEOC in a series of tweets: “This is supposed to be an election. Not a top down Red Tory coronation. How does a small group of unelected individuals get to overrule the voice of @CPC_HQ members that endorsed @RichardDECARIE’s candidacy? The @CPC_HQ is not a private club.”

Aspiring contenders had until February 27 in which to submit 1,000-member nomination signatures along with a total of $25,000 to be registered and vetted by the LEOC.

Of these candidates, only Lewis, Karahalios, and Sloan have the backing of CLC for their pro-life beliefs.

Fonseca in comments to LifeSiteNews noted that the constitution of the conservative party has nothing in it that gives LEOC the power to disqualify candidates in the manner that was done to Décarie.

He said that their role is to solely set-up a leadership contest “and that’s about it,” adding that Décarie met the main requirement of adhering to the principles of the party.

The National Post reported that according to a “party official with direct knowledge of the matter” who spoke with them, Décarie’s disqualification was related to his “application as a whole” and not due to his pro-life remarks and support of marriage as between one man and one woman.

The mainstream media favorite pro-abortion Peter MacKay, along with MP Marilyn Gladu, and MP Erin O’Toole, all said they will march in the June Toronto pride event.

The current leader of the Conservative Party, Andrew Scheer, announced in the fall that he will be stepping aside, which prompted the leadership race. During the 2019 Canadian Federal Election, he came in a close second place to pro-abortion Liberal Prime Minister Justin Trudeau.

Décarie caused a media firestorm when he said that homosexuality is a “choice,” and that abortion is not health care. He also said that the party should return to the definition of marriage as the “union of a man and a woman.”

His remarks were met with a severe backlash from those in the conservative party who maintained that his socially conservative views did not belong, claiming he should be barred from the race for his views.

Décarie in an email to his followers over the weekend said that he is grateful for all of the support he has received and that he will continue to work with all “True Blue” conservatives regardless of how it makes the unelected “Red Tory elite” feel.

In an exclusive interview for LifeSiteNews in early February with Georges Buscemi of Campagne Quebéc-Vie, he reiterated his strong pro-life and pro-family messaging.

Fonseca said that there are now three strong pro-life and pro-family candidates running for the leadership. He added that CLC will continue the fight to get a pro-life candidate elected as leader, stressing that this is a strong possibility.

He mentioned that pro-life Brad Trost’s fourth-place showing in the 2017 leadership race, out of 14 candidates, shows this is feasible.

“We believe that it’s entirely possible there is a clear path to victory for one of our three remaining social conservative candidates. Our database has grown since 2017, and we have become better at our jobs,” said Fonseca.

“This is a race we can win, and I would caution all pro-lifers to not be discouraged or give up by this unethical disqualification of Décarie.”

March 4 is the deadline to join or renew membership in the Conservative Party. CLC is urging Canadian citizens or landed immigrants, who are 14-years of age or older, to sign up before the deadline.

Fonseca notes that they need the help to get pro-life candidates Karahalios, and Sloan, over the threshold of signatures required.

Lewis, the other pro-life candidate has noted already that she has her 3000 signatures.

CLC is asking that after joining or renewing the conservative party membership, to send your signed nomination forms and confirmation of party membership by email to: [email protected].