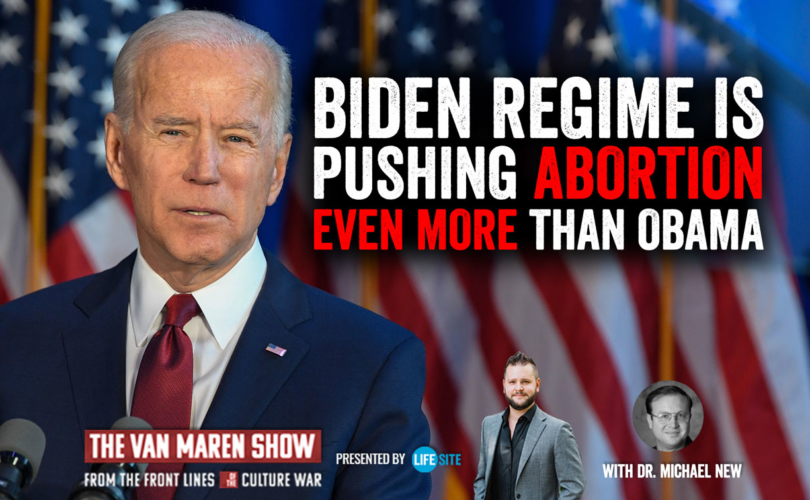 June 16, 2021 (LifeSiteNews) – Joe Biden’s budget proposal is “probably the worst I have ever seen in my adult life,” Dr. Michael New, a pro-life scholar, said today. “This is the first budget in 28 years that calls for the repeal of the Hyde Amendment.”

The Hyde Amendment prohibits taxpayer dollars from being used to pay for abortions.

New is a prominent pro-life writer and activist. He made these remarks on Jonathon van Maren’s podcast today.

“Even Barack Obama, who at the time of his inauguration was the most pro-abortion politician ever to be sworn in to the highest office in the United States, included the Hyde Amendment in his budgets,” also he said.

New told van Maren that he believes Biden’s embrace of an even more pro-abortion platform than his Democratic predecessors symbolizes the party’s capitulation before the increasingly secular elements of its base.

“There’s a lot of pressure from these younger, liberal activists to do away with the Hyde Amendment,” he said. “And Joe Biden is responding to that.”

New also noted that despite new polling from Gallup showing an increase among Americans who believe abortion is morally acceptable, the data does not radically depart from historical trends on the issue.

“I think there’s more stability on sanctity of life issues in terms of attitudes … The poll also found that 52% of Americans think that abortion [should] either be always illegal or illegal in most circumstances. So that’s a majority.”