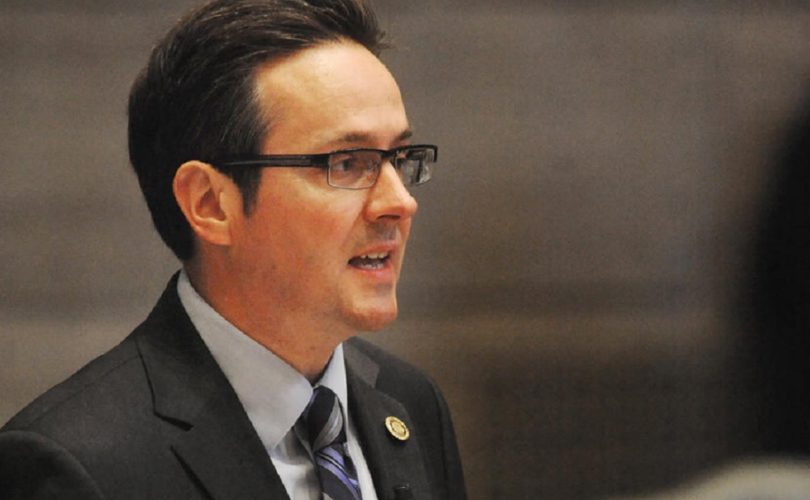 JEFFERSON CITY, Missouri, November 20, 2015 (LifeSiteNews) – A state senator who heads a committee investigating Planned Parenthood has closed his office after receiving a death threat he attributed to coverage of his pro-life leadership.

Senator Kurt Schaefer told St. Louis Public Radio on Tuesday night that a caller had left an anti-Christian rant that included a death threat against him. This prompted Schaefer to notify the state's Highway Patrol, which investigated the call.

It also caused Schaefer to close his office and consider canceling meetings on Wednesday until police conclude their investigation.

Schaefer said he thinks an Al Jazeera article on his investigation of a University of Missouri abortion dissertation contributed to the nature of the call. The article covered Schaefer's efforts to discover whether the dissertation – ostensibly a study on how a pro-life law affects women attempting to get abortions – is violating state law against public dollars being used to support elective abortions.

The student doing the study, Lindsay Ruhr, defended her work to Al Jazeera. “I feel that my research is objective, and that the whole point of my research is to understand how this policy affects women. Whether this policy is having a harmful or beneficial effect, we don't know,” she said.

Schaefer says that he is concerned about the nature of the paper for two reasons. First, that the adviser of the study's author is on the board of a Planned Parenthood affiliate. Second, the study's description of the study's potential benefits says participants “may help Planned Parenthood of the St. Louis Region and Southwest Missouri improve its services to better meet the needs of women seeking abortions.”

Ruhr says her paper is not funded by the public university she attends.

Schaefer, who leads the state Senate's committee that is investigating whether Planned Parenthood is engaged in several practices that violate state law, told KMOX that the caller said, “Christianity is dying in this country,” and that many people want Schaefer hanged.