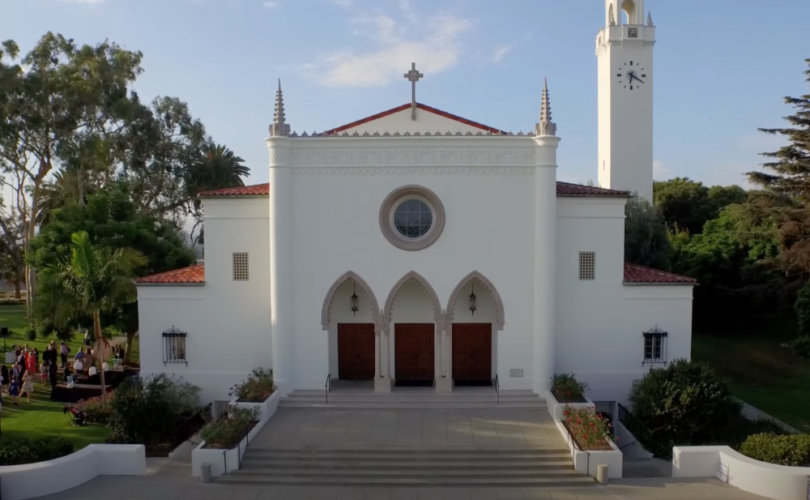 (LifeSiteNews) – Pro-life students at the Jesuit-run Loyola Marymount University (LMU) in California say they will protest on Friday against the administration’s decision to allow a Planned Parenthood fundraiser to proceed on campus.

The chairman of LMU’s College Republicans William Donahue told LifeSiteNews that the administration at the Jesuit university “don’t really care” that Catholic students and alumni are frustrated with their decision to allow the feminist LMU Women in Politics group run a Planned Parenthood fundraiser on campus.

“(President) Snyder is aware that the pro-life alumni and Catholic communities on campus are frustrated with the university’s allowance of the fundraiser to happen, but they don’t really care, and they’re letting the event go forward anyways,” Donahue said.

Donahue, who is also chairman of California College Republicans, said LMU’s decision to give Planned Parenthood a free space on campus is “an in-kind donation to the nation’s leading abortion provider.”

“You can imagine why the Catholics on campus would be pretty outraged,” he stated.

Catholics at LMU are also being let down in other ways by the administration, according to Donahue, with crucifixes missing from classrooms, Critical Race Theory being implemented, all-black study spaces re-segregating students, and a Muslim appointed as chair of the theology department.

Students at LMU will hold a protest on campus this Friday at 6:30pm to try and stop the Planned Parenthood fundraiser from proceeding at the Jesuit university. This is an opportunity Donahue says Catholic and pro-life students should use to their advantage.

“LMU is completely going against their Catholic mission by allowing this fundraiser on campus – if we want to stop these secular, progressive Left advances we’re going to need to put up a fight at some point, and this was the best opportunity we thought we could do so,” Donahue declared.

“I’m hoping that the school finally recognizes that there’s an opposition on campus, that the … people that have a voice aren’t [only] the loud progressive Leftists that are yelling in their ears all the time,” he added.

The student-leader said that by raising the issue with the media he hopes the university will realize it can maintain its Catholic heritage, “and not be scared of your entire student population, you know, attacking you.”

“Because the alternative is they’re going to find the alumni won’t stand for this,” Donahue warned.

“There are way too many Catholic donors out there that if they find out that LMU is allowing stuff like this, they’re just going to stop donating.”

“The best way to make the school change their policies is to hit them in their pocketbook,” he concluded.

LifeSiteNews has launched a petition calling on President Snyder to cancel the Planned Parenthood fundraiser. The petition has collected more than 13,000 signatories and will be delivered to LMU tomorrow.