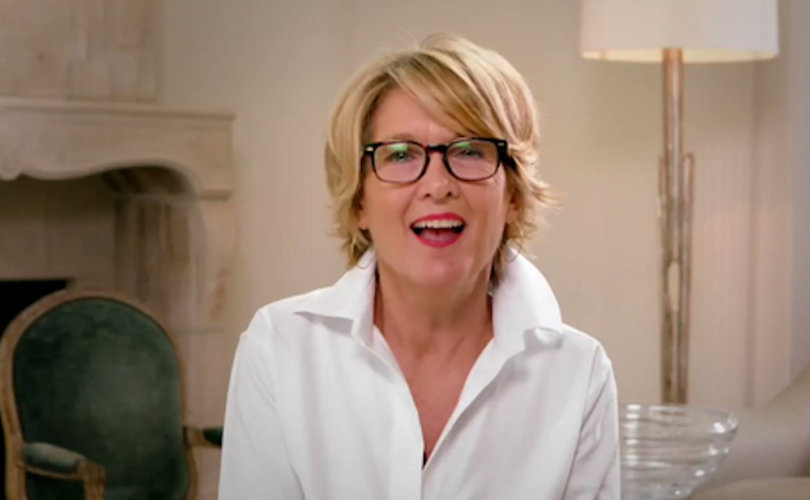 AUSTIN, Texas, October 29, 2018 (LifeSiteNews) – Texas business owner Lisa Luby Ryan is the Republican candidate running to represent the 144th district in the Texas House of Representatives. She’s also a pro-life mother who candidly discusses her guilt and redemption after aborting three of her children.

As highlighted Monday by the Dallas Morning News, Ryan is candid about her past. In interviews and Christian conference speeches, she explains how her father raped her from age six to 16, which fundamentally twisted her understanding of love and sexuality.

“At the age of six, when your father, the man you adore and you worship and you want to be noticed by, when he violates you like that, it distorts everything,” she told the Christian group I Am Second. “And yet as I got older, that’s how I knew to show a guy that you loved him was through a sexual relationship.”

She first became pregnant as a high-school senior, for which her mother took her to get her first abortion. Her second came in her early 20s, after giving birth to two sons and leaving her first husband for another man. Ryan had her third abortion in secret while dating the man who would later become her current husband.

“After I left the boys and their father for the other man, I got pregnant, and I couldn’t have that child because of all of the guilt and shame I already carried,” Ryan explained. “I was a wreck. I was not healthy emotionally. How could I choose someone that was healthy? I think that I chose someone who could fulfill what I was used to.”

Ryan’s life began to turn around when a client invited her to attend church with her and dine with her family afterward.

“There was a real powerful presence drawing me. Billy, our pastor, every Sunday would give sermons and I did everything I could just to stay in my seat, act like this was about everybody else,” she told CBN. “Finally, one Sunday I just raised my hands. And I said, ‘Billy, it's OK to use my name,’ because I knew that God was talking to me personally.  There was a room of hundreds of people, but He was calling me.”

After praying with a new friend named Joyce, Ryan eventually confessed to her abortions.

“My biggest fear in all of it was: the one person I trusted in my life was Joyce, the one that my hope was in was Jesus; and I feared that they would reject me. That's why I couldn't tell them. But what was amazing was after I told them, they were both still there,” she recalled. “All of a sudden I realized that I was pure; that there was nothing that was hidden anymore. I walked out of there that day a different person. I looked different.  I walked lighter. The grass was greener. God forgave me. And once He forgave me, that's all that mattered. Then I could forgive myself. I know that I have three children in Heaven waiting for me and I'll have a life with them one day.”

She then confessed her abortions to Jay during a Christian counseling session, and they were married 2 1/2 years later.

Ryan, who has been endorsed by the pro-life Family Research Council Action, Texas Eagle Forum, and Texas Right to Life Committee, says that politically she wants to define herself as a fiscal conservative, but “if and when it comes down to the floor, I will always vote for life.”

“I know the other side of it now, I know who creates life. I didn’t when I chose to have my abortion,” she told the Dallas Morning News. “I talk to young girls all the time about the side the world doesn’t tell you. It’s not a good side. And there’s a lot of guilt and shame.”

Ryan’s “convictions are not mere theory or slogans she spouts on the campaign trail,” Texas Right to Life PAC said when announcing their endorsement. “Voters in North Dallas can be confident that her pro-life stance will remain steadfast because her beliefs are woven into her own personal journey.”

Ryan is running against Democrat John Turner, a Texas attorney with the endorsement of Planned Parenthood Texas Votes and the pro-abortion Texas Freedom Network. He says he would vote against new abortion restrictions.