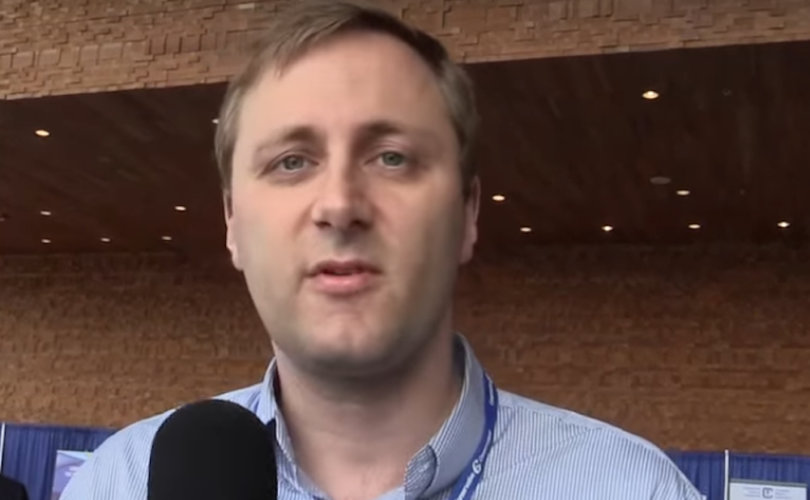 OTTAWA, March 27, 2017 (LifeSiteNews) — Conservative leadership candidate Brad Trost says he’ll double the federal tax credit for adoptive parents to “at least $30,000” as part of a plan to make Canada “the most pro-adoption country in the world.”

The 42-year-old MP for Saskatoon University announced his policy Sunday as part of his commitment to uphold the sanctity of human life.

An MP since 2004 and the father of a two-year-old daughter, Trost acknowledged that “we would like legislation” to protect the child in the womb, “but we also understand in Canada that may take awhile to get to that goal.”

But he can advance policies supporting adoption, Trost pointed out in a campaign video.

“As a first step at the federal government level, we need to add a minimum double the tax credit from 15,000 to at least 30,000 dollars a year for adoptions. That would be a start and possibly even go higher because it’s an expensive thing,” Trost said.

“We need to review our laws, federally and provincially, to see what we can do to make our laws more friendly for quicker, easier adoption, both domestic and internationally,” he added.

“So let’s look upon this as a reason for us as Conservatives to get involved and get active and get excited about the gift of life.”

He urged pro-life and pro-family advocates “to come and to join the Conservative Party before March the 28th” so they are eligible to vote for him as the next Tory leader. “And this is one of the projects that I want to work on.”

“Campaign Life Coalition has always said that people who are pro-life are also pro-adoption,” he told LifeSiteNews. “We’re so pleased to see a leadership candidate setting this same vision as part of his campaign platform.”

Campaign Life has “long encouraged” an expansion of Canada’s healthcare system to include “non-abortion alternatives in healthcare counseling for women,”so a woman facing a crisis pregnancy has “life-affirming alternatives such as adoption” as a first choice, he said.

“Many low income and middle-class families planning to adopt will welcome Trost's plan for a higher tax credit for adoption expenses,” added Fonseca.

“I can speak to that myself,” he told LifeSiteNews. He and his wife have “had to grow our family through adoption because of infertility and repeat miscarriages. It’s a very cost-prohibitive process for private domestic and international adoptions.”

“We are blessed to have in Brad Trost a leadership candidate who understands that advancing the pro-life cause requires the ability to articulate a positive, pro-life vision for the nation,” he told LifeSiteNews.

“Brad is doing so not only with this pro-life, pro-adoption policy but also with other sanctity of life promises in his platform.”

Moreover, the “pro-life movement is doubly-blessed to have Pierre Lemieux, another rock-solid leadership candidate also campaigning on a pro-life, pro-family platform,” Gunnarson noted.

“We’re sure that if Pierre Lemieux won, he would also take a strong stand on building a pro-adoption culture in Canada.”

But time has almost run out, he warned.

“It’s vital that every pro-life man, woman and young person who is at least 14 years old not let this once-in-a-lifetime, crucial opportunity slip through their fingers,” Gunnarson said.

“Then we’ll surely see the beginnings of a fundamental transformation of Canada towards a positive, pro-life, pro-adoption culture.”

Anyone age 14 years or older, including permanent residents, who is a CPC member by March 28 can vote for the next Conservative Party leader, reiterated Fonseca.

Mail-in memberships must arrive at CPC headquarters by 5:00 p.m. Tuesday, so he is advising people purchase memberships electronically at this point.

For information on joining the CPC Party, go to Campaign Life’s website here.