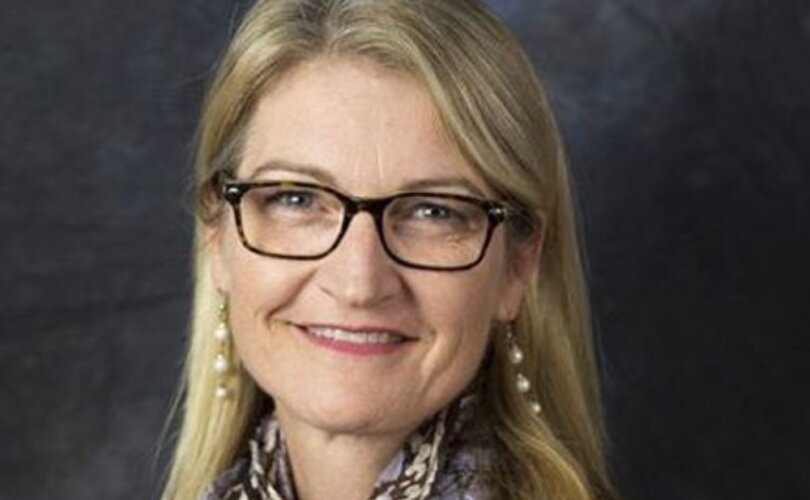 On October 24, Helena Karabela and Robert Kennedy won their respective races in the Ontario Municipal Elections, which include school trustees, for the Halton District Catholic School Board. The re-elected Karabela and newcomer Kennedy are dedicated to upholding pro-life, pro-Catholic values in schools, and have succeeded in getting elected despite fierce opposition.

“Yesterday night, I won re-election as a Catholic Trustee for Oakville, Wards 5&6,” Karabela said in a press release this morning. “I am honoured [by] the renewed trust of over 70% of the electorate.”

Karabela, who has already served as school trustee for the last 8 years, has continually proven her dedication to Gospel of Life. In her statement this morning, she said that during her next four years, she “will continue to do what I believe is best for Catholic education and the taxpayers, parents, and children of Oakville.”

In February 2018, Karabela was able to persuade the Halton District School Board to pass legislation on abortion in what was called the Sanctity of Life Motion. This motion banned schools in her district from donating to any pro-abortion or otherwise anti-life organizations that promote euthanasia, embryonic stem cell research, or birth control.

— Article continues below Petition —
Stand with Christian daycare worker fired for refusing to indoctrinate kids with LGBT agenda
Show Petition Text
7965 have signed the petition.
Let's get to 9000!
Thank you for signing this petition!
Add your signature:
Show Petition Text

Although this policy was overturned by the board that October, Karabela has fought for it to return and intends to continue to do so.

“I believe that passing Canada’s first pro-life law in the 2018 Sanctity of Life Motion, which exposed the moral and financial corruption of the “Me to We” years before the We Charity toppled Canada’s Finance Minister and nearly toppled the Trudeau government, is an important story of hope which needs to be told, promoted and worked toward in all the 29 Catholic school boards of Ontario and beyond,” she said in an email to LifeSiteNews.

“I am going to continue to fight for these kinds of policies,” she added.

In the days leading up to the election, Karabela faced opposition from those who did not wish to see her re-elected. As reported by InsideHalton.com, this opposition included the October 11 distribution of a report accusing her of breaching the board’s Code of Conduct by, among other things, voicing pro-life opinions.

“A trustee may not make disparaging remarks about another Trustee or group of Trustees in expressing such comment or disagreement or speculate on the motives of a trustee or group of trustees,” Section 4 of the policy states.

Karabela said that this report was meant to interfere with the election.

“My colleagues are interfering with the elections in the way they handled the Trustee Code of Conduct allegations, and even worse, with the delay in sharing the details of the report with the public. They decided to release the report the week before election week,” Karabela told the press.

In an email to voters before the election, Karabela asked for support and reiterated her unwavering dedication to the pro-life movement.  She wrote that it was her passion for the pro-life movement that inspired her to get into politics in the first place, and that she intended to continue her fight for life if re-elected despite the continuous efforts of the trustees and the Chair to stop her from putting forward pro-life motions.

“Here’s the thing about cancel culture – it only works if the person getting cancelled consents to it, and I do not consent!” she wrote. “Despite the opposition to pro-life initiatives both inside and outside the HCDSB, I am running again because I am passionate about this work.”

Robert Kennedy, the pro-life candidate who was elected Catholic school trustee for HCDSB Wards 1, 2, and 3 in last night’s election, also supports pro-family values. His platform says that he is dedicated to “upholding HCDSB’s priorities, Catholic identity, and purpose,” that he wishes to foster “a school community that is infused with Catholic values,” and that he also wishes to respect the role of parents as primary educators. LifeSiteNews contacted him for comment, but he was unable to reply before press time.

Karabela said in her email to LifeSiteNews that this victory for the pro-life movement must be attributed to God’s work.

“With this election victory and all the failed efforts to derail my re-election, we now know that we are stronger as a pro-life people because of God showing us the strength of His arm and the quiet power of the Holy Spirit,” she said.