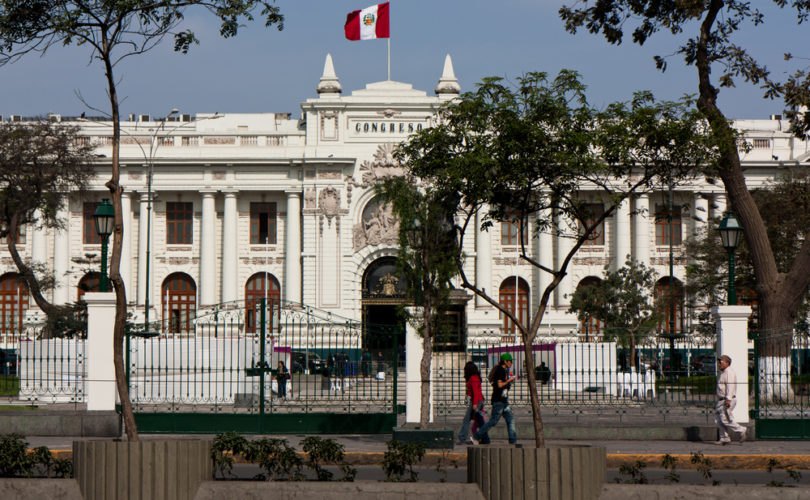 LIMA, Peru, November 26, 2015 (LifeSiteNews) — A majority of the Peruvian Congress' Commission on the Constitution decided yesterday to abandon a law that would have legalized abortion in cases of rape.

The Peruvian Constitution provides in article 1 that the state has the obligation to protect every “human person” and article 2 specifically mandates that the conceived child is vested with legal personhood in every respect in which it is necessary for his or her protection.

Cardinal Cipriani: “If you want to continue killing children through the tragedy of abortion, then a great hell awaits you.”

The death of the bill, which had the high profile support of the Peruvian first lady, Nadine Heredia, marks a major setback to the pro-abortion tidal wave sweeping through South America.

The key player in the Peruvian resistance to the abortion tidal wave has been Lima's outspoken archbishop, Cardinal Juan Luis Cipriani, who has not been afraid to publicly and personally participate in pro-life events like the March for Life and to condemn abortion forcefully and categorically. With his leadership the pro-life movement in Peru has been able to succeed where other South American nations have not.  In March, LifeSiteNews reported the Peruvian capital hosted its largest ever March for Life with an estimated participation of 500,000 people.

At the march, Cardinal Cipriani served as the keynote speaker, framing the battle for life as a fight “to defend the lives of the most vulnerable, the unborn, of those who have no voice.”  The primate of the Catholic Church in Peru also read a message that Pope Francis sent to the participants, encouraging them to defend the right to life of the unborn because “all life is sacred.”

Peruvian pro-lifers tell LifeSiteNews that the pro-life movement remains vigilant and expects pro-abortion forces to continue their push to legalize abortion no matter the constitutional prohibition and the repeated rejection of the Peruvian Congress to do so.