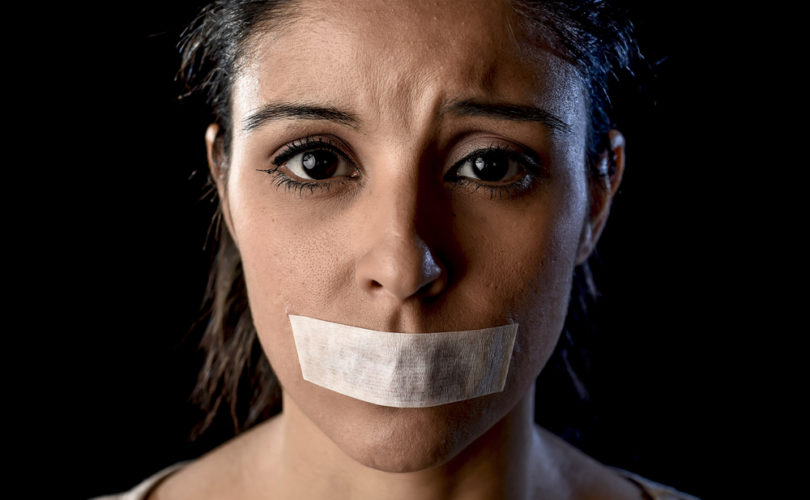 March 31, 2021 (LifeSiteNews) — Pro-life women attending online meetings this month at the United Nation’s Commission on the Status of Women not only experienced bullying and censorship for their pro-life views, but one of them was even banned from the entire event after drawing attention to how sex-selective abortions especially discriminate against girls.

The sixty-fifth session of the Commission on the Status of Women (CSW65) took place this month mostly virtually due to the coronavirus crisis. While the theme for this year’s event was women’s “full and effective participation and decision-making in public life,” pro-life women who attended the meetings experienced exclusion and censorship for bringing their perspective to the table.

Mattea Merta, Global Policy & Advocacy Advisor and UN Representative with the Canadian non-government organization Campaign Life Coalition has consultative status at the UN. She told LifeSiteNews how voicing her perspective at CSW65 resulted in her being banned from the event’s online portal for participants. She also related how other pro-life women were unexpectedly kicked out of various meetings after voicing a pro-life or a pro-family perspective on a matter under discussion.

Merta related how in one meeting, on the topic of discrimination that women face, she brought up how sex-selective abortion is violence and discrimination against girls.

“My comment pertained directly to the mission of CEDAW (Convention on the Elimination of All Forms of Discrimination Against Women) — to eliminate discrimination and violence against women,” she said.

“After making this singular comment simply agreeing with what was happening in the chat, I received a Direct Message on the Pathable platform from another attendee in the meeting and was told that the meeting was no place to discuss abortion. I was then removed from the Forum.”

LifeSiteNews, however, did find examples of other delegates bullying the pro-life delegates.

In one exchange at a CSW65 meeting, Merta stated that the “moment a woman conceives she is a mother. To refute this is to diminish the beauty of what it is to be a woman, to have the unique ability to carry and create a human life within her body.”

One delegate replied: “This is so reactionary. If you ladies feel fulfilled with motherhood, nice for you, nothing against. But don’t pretend you are feminists.”

Merta then responded: “Ma’am, that was quite rude to say feminism cannot include different perspectives and approaches to achieving women’s rights. Tolerance is very important in these discussions.”

The offended delegate then replied: “You are not a feminist and neither are the so-called pro-choice. You are enemies of the women’s liberation and I will never be tolerant with you.”

Merta told LifeSiteNews that she is not surprised by the bullying and censorship that she and other pro-life voices at the CSW65 event experienced.

“Many accredited pro-family, pro-life NGOs in our pro-family UN Coalition are often faced with censorship at the UN. We are often not able to host events, panelists will ignore our delegation’s questions and we are sometimes not even allowed entrance into certain events hosted by groups with opposing views,” she said. “So, censorship has just become a part of the job.”

Merta said, however, that she was surprised to have been entirely banned from the UN’s virtual platform for the event after making her sex-selection abortion comment at one meeting.

“I questioned over and over again how one comment could be determined as ‘sustained disruption.’ The primary reason I believe I was removed was because one of the panelists at this particular CEDAW event was the former head of NARAL,” she said.

Merta related how she reached out to event organizers for answers about why she was banned from the event, but to no avail.

“I am not sorry for what I said, as it was truth, and the actions taken against me, and others in my delegation, were simply unjust,” she told LifeSiteNews.

Merta said that the UN needs to realize that there are many women in the world who have not bought into the ideology that abortion is synonymous with women’s empowerment.

“Some of UN Women’s ideals I do agree with, but others I stand in complete opposition to as they hurt women and girls and negatively affect the social fabrics of nations,” she said.

“I do not agree with their anti-life or anti-fundamental family ideals. But, that is why I am there, to bring a different perspective, to show that there is indeed a different lens in which to see the world around us, as so many at the UN have become accustomed to just hearing their allies’ stances.”

“True diversity challenges and cultivates, so if UN Women and the Commission on Women want to truly achieve the best for women and girls, they need to help foster different voices, not shut them down,” she added.

Matthew Wojciechowski, Vice President at Campaign Life Coalition, told LifeSiteNews that the UN’s relentless push for abortion is out of touch with many nations around the world.

“For many years now, the United Nations has been hijacked by abortion activists who shamelessly push for abortion on demand throughout the world. It has gotten to the point where one can’t even question their abortion ideology,” he said.

“Thankfully, these abortion ideologues live in their own bubbles and are in no way a representation of the majority. Their quest to enshrine a universal right to abortion ends in failure time and time again. Their radical ideas are completely out of touch with many nations around the world who want nothing to do with them,” he added.