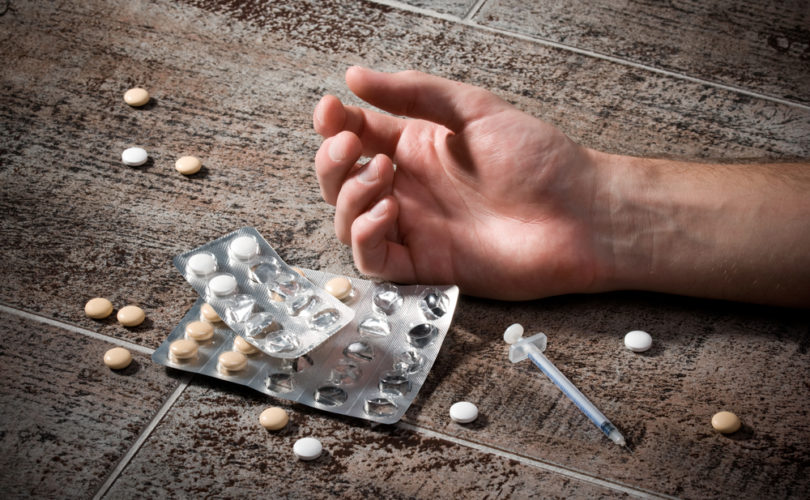 December 23, 2015 (LifeSiteNews) – The anything-goes recommendations of the provincial-territorial expert panel on assisted suicide has left defenders of the vulnerable aghast, and nothing more so than at the panel's call for children 12 or even younger to be offered assisted suicide.

National Post columnist Andrew Coyne pointed to the yawning gap between what most Canadians think warrants assisted suicide on the one hand and what the Supreme Court of Canada actually permitted with its year-old Carter decision and what the expert panel detailed on the other hand.

Canadians, wrote Coyne, think assisted suicide is justified when “a patient is in the last stages of an incurable disease. Death is a certainty, but not so swift as to spare the patient unbearable torment… Suicide seems the only way out.”

But “[t]he Court spoke only of a 'grievous and irremediable' condition, not a terminal one, and made clear this could be psychological as well as physical.” And to the expert panel, that turns out to mean means any illness or disability “'that cannot be alleviated by any means acceptable to the patient,' making the standard essentially open-ended. It dispenses with waiting periods, or the requirement that a doctor be on hand to perform the deed. And, in its most striking finding, it suggests that assisted suicide should be open to children.”

Pro-life groups in the United Kingdom also took note. Dr. Anthony McCarthy of the Society for the Protection of Unborn Children focused on the report's approval of assisted suicide for children. “There is a logical slippery slope between euthanasia for adults and for children. If death is regarded as a 'benefit' for sick or depressed adults, then it is difficult to see why children should not be given this 'benefit' as well.”

McCarthy urged Britons to “remain vigilant against the introduction of euthanasia by act or by omission. … Euthanasia and assisted suicide are contrary to the ethos of medicine, which is to care, not kill.”

The London-based Christian Institute commented with a reference to the case of Emily, a 24-year-old Belgian girl who had secured permission for an assisted suicide due to her profound depression and was the subject of a documentary film produced by the pro-euthanasia Economist. The film began with her emotionless voice saying that she is already dead by the time anyone could be watching, but it ends with the revelation that friends and family were so positive in her remaining weeks that it made her life “bearable.” So she decided to postpone “for now” the fatal procedure.

“The fact that Emily changed her mind at the last moment,” commented the Institute's Ciaran Kelly, “shows the inherent dangers of giving some of the most vulnerable in society access to state-licensed death.”

Hugh Scher, legal counsel for the London, Ontario-based Euthanasia Prevention Coalition, called the recommendations “irresponsible and dangerous,” zeroing in on the  one calling for assisted suicide for children. “They particularly reflect a complete lack of understanding of considerations such as vulnerability, depression, and the requirement for fully informed decision-making.” Scher said there needs to be “before-the-fact-adjudicative oversight,” not the post-mortem audit based on information voluntarily supplied by the administering physician.

Scher charged the panel with bias, exemplified by its “recommendation that 12-year-olds be permitted to access euthanasia on demand, paid for by the public.”

National Right to Life News responded to the report with an account of “Sylvain and Sherley … a Canadian couple living near Montreal” who were first advised to abort their daughter Jolyanne because she had Down syndrome and a malformed esophagus. But Jolyanne was born without Down Syndrome and has thrived despite the deformity. When she was two, mother Sherley was in a coma from pneumonia and on life support. Sylvain was advised that if she survived, her life would not be worth living. Again he ignored the expert advice, and now “my two girls” are both doing well.

The story, says National Right to Life, teaches the lesson that easy euthanasia wrongfully permits people to make irreversible decisions at the worst moments in their lives based on information that is anything but conclusive. It entreats Prime Minister Justin Trudeau: “On behalf of five-year-old Jolyanne and her family and many others, please save Canadian lives by saying 'no' to euthanasia.”