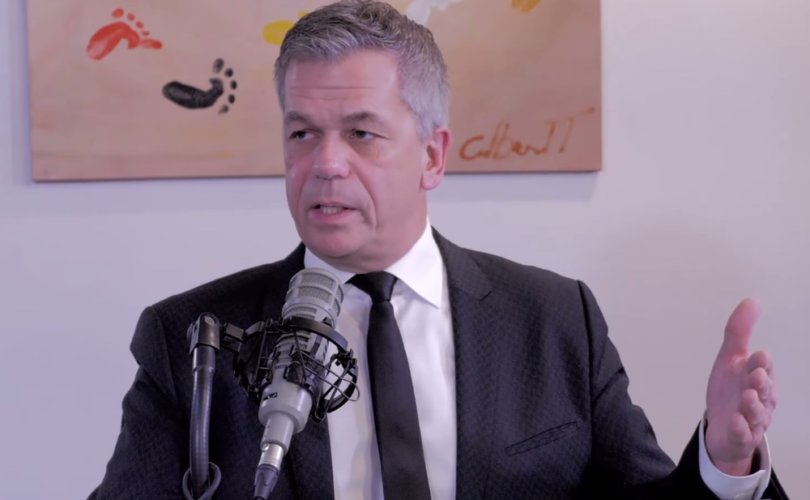 In an email sent to his followers Wednesday, with the title, “Derek Sloan, M.P: Conservative. Without apology,” Décarie, a former Stephen-Harper-staffer, urged his supporters to back rookie Member of Parliament and conservative party leadership nominee Derek Sloan.

Décarie’s email said Sloan has “demonstrated that he is unafraid to speak for the culture of life,” adding, “that is why I ask my supporters to get behind Derek Sloan’s campaign to lead the CPC.”

Sloan is a lawyer who was trained at Queen’s University law school and is married with three young children. He came out strongly in support of Décarie after he was barred from entering the Conservative Party of Canada leadership race last Saturday.

On Twitter Thursday, Sloan thanked Décarie for his support saying: “Honoured to receive the endorsement and support of Richard Décarie, who continues to be a strong voice for Quebec and for all Canadian conservatives. #cdnpoli.”

Décarie said that there was no reason given to him for his disqualification by the Conservative Party of Canada’s Leadership Election Organizing Committee (LEOC).

While Sloan is not fully bilingual, Décarie in his email made note of that fact, saying that Sloan has already begun working to become fluent in French.

On Tuesday, Décarie voiced his support for Sloan for party leader in an interview with Andrew Lawton of the Canadian conservative news outlet True North.

“I already told Derek Sloan who is a very nice man, an MP from Ontario, we were very close to his positions socially, unfortunately Derek doesn’t speak French so I told him that I would support him because he will beat Peter MacKay who doesn’t speak French anyway, so it’s not a big problem,” said Décarie to Lawton.

“We will be supporting Derek Sloan,” added Décarie.

Lawton said he found it interesting that the only candidates in the running to show solidarity and defense of Décarie against him being disallowed to run in the leadership race were Sloan and Jim Karahalios.

In response to this, Décarie said, “I think the silence is talking by itself.”

Of these candidates, only Lewis, Karahalios, and Sloan have the backing of CLC for their pro-life and pro-family views.