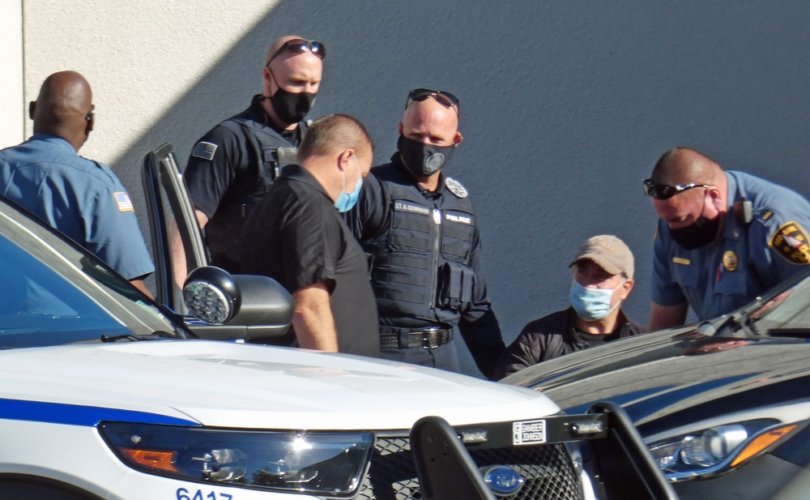 (LifeSiteNews) — One of nine pro-lifers charged by the Department of Justice with “conspiracy against rights” and Freedom of Access to Clinic Entrances (FACE) Act offenses after conducting an abortion mill rescue is celebrating the prospect of jail time as a “win” for souls and for life.

Will Goodman, along with eight other rescuers, is facing a maximum of 11 years in prison and 3 years of supervised release for having participated in an October 22, 2020, “traditional rescue” at the Washington, D.C. Surgi-Clinic abortion facility, during which the 23 pro-lifers present blocked entrances to the abortion facility, and counseled and prayed with women seeking abortions there.

The abortion mill is infamous for offering late, second trimester abortions, and is owned by abortionist Cesare F. Santangelo, who has a history of medical malpractice.

Remarkably, Goodman is not despondent at the prospect of jail time, but is welcoming the possibility, along with the “unjust” charges, as a way to further the cause of defending the unborn, as well as save souls.

“Keep in mind, when we engage in Christian nonviolence, we must be prepared to be treated similarly to the persecuted preborn. And Christ Jesus Himself,” Goodman told LifeSiteNews.

“But this is a good thing. As Joan Andrews Bell had said, the closer we get to the preborn, the more our lives will be aligned with theirs,” Goodman said, echoing the 74-year old veteran rescuer who has already been arrested over 100 times and has spent over two years in prison for her work to save lives.

“This will help bring the evils out of the shadows, and move the innocent victims closer to justice,” Goodman added.

Goodman explained why he sees the “mission” of the rescuers as “always Win/Win.”

“When we are free it’s a win, because we can defend life directly and rescue more. When we are unjustly arrested or imprisoned, it’s a win, because we enter into the Passion of Jesus and can offer our small suffering in union with His for the salvation of souls, reparation for sin, and defense of life,” he said. “Everything is in God’s directed will or permitting will. We are always in His loving Hands.”

“Who in the DOJ and FBI leadership made the call on all of these matters?”

Goodman continued, “It seems the pro-abortion feds can’t afford an envelope, letter, and stamp. But they can afford to mobilize FBI agents in a seven-state dragnet operation, which included sending three or four huge shiny black SUVs to arrest a 73-year-old woman with health troubles in the peace of her home!”

“This is not acceptable. No one was a flight risk. No one was violent,” he explained. “They didn’t want to send a letter or email. They wanted to send a message: defending life will not be tolerated by this administration which worships at the unholy altar of child sacrifice.”