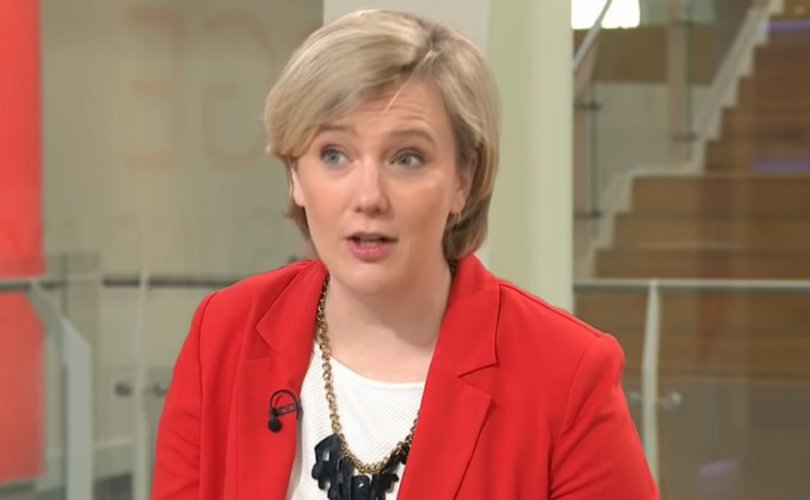 LONDON, England, February 25, 2020 (LifeSiteNews) ―  A British pro-lifer will appear in court tomorrow to challenge an order forbidding him from criticizing an MP for her pro-abortion extremism.

Christian Hacking, 29, an employee of Centre for Bioethical Reform UK (CBR UK), will appear at a hearing in Stratford Magistrates Court on February 26 and 27. He was issued with a Community Protection Notice (CPN) on October 3, 2019 by Waltham Forest London Borough Council for showing pictures that reveal the truth about abortion in MP Stella Creasy’s constituency.

In response to Hacking’s campaign, Creasy demanded that the police and the local government intervene to prevent Hacking and local volunteers from criticizing her extreme abortion proposals in Walthamstow, a district in northeast London. Their campaign has included large billboards showing unborn babies and the tag #Stopstella.

According to Britain’s Christian Concern, the injunction issued to Hacking is the first “borough-wide restriction on displaying the medically approved images of unborn and aborted babies.”

“Breaching the CPN is a criminal offence,” Christian Concern noted.

Waltham Forest Council claimed that the images were responsible for “unreasonable behaviour that was persistent in nature” and having “a detrimental effect on the quality of life of others.”

However, Police took no action against CBR UK as they said no crime had been committed.

This is the first time a member of the group, which has displayed posters of unborn babies in London and throughout the UK, has been issued an injunction.

According to Christian Concern, the founders of CBR UK were arrested in Brighton in 2012 for displaying the same images. A judge found them not guilty of causing any offense, stating: “I am not satisfied…that these images are ‘threatening, abusive or insulting.”

Hacking’s lawyers will argue in court that everyone has the right to freedom of expression.

“This right shall include freedom to hold opinions and to receive and share information and ideas without interference by public authority,” Christian Concern stated.

Stella Creasy was instrumental in imposing abortion on pro-life Northern Ireland, taking advantage of a deadlock between the two halves of the country’s coalition government.