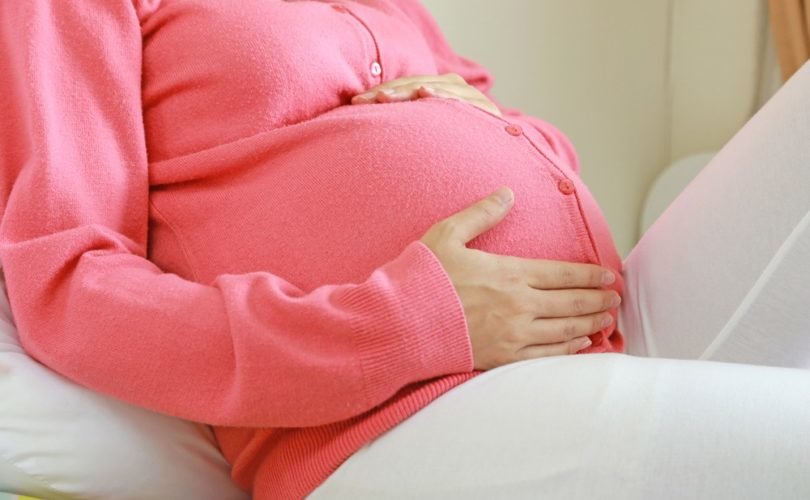 More than two dozen organizations from across the political spectrum came together to support a mother suing her former employer for discrimination during her pregnancy. In a case with significant implications for the pro-life movement and pregnant women of all walks of life, Peggy Young v. UPS is scheduled to go before the U.S. Supreme Court on Wednesday, December 3.

“This is an opportunity to clean up some of the social mess from Roe vs. Wade,” Clarke Forsythe, senior counsel for Americans United for Life (AUL), told LifeSiteNews.

AUL is one of the firms that prepared an amicus brief for 23 groups that filed in support of Peggy Young’s petition for lost wages, benefits, and damages.

The case hinges on the Pregnancy Discrimination Act (PDA) of 1978, which requires employers to make the same work accommodations for pregnant women that it makes for other employees, “similar in their ability or inability to work.”

The PDA has not been correctly applied all along, Forsythe said, and without protective interpretation of the PDA, women have been pressured to abort.

Since the current case with UPS involves the rights of pregnant women on the job, it’s drawing support and attention from pro-life forces and women’s rights groups, not a common pairing. The 23 organizations behind the amicus brief include the American Life League, Catholic Medical Association and Students for Life of America, along with All Our Lives and Feminists For Nonviolent Choices, among others.

This isn’t the only remarkable thing with the case, according to Democrats for Life of America Executive Director Kristen Day.

“I think it is worth noting that pro-life groups are often mischaracterized as only supporting the unborn child and not the woman,” Day told LifeSiteNews. “In this case, 23 pro-life groups supported the pregnant woman and accommodations to allow her to support her family.”

Peggy Young was a driver for United Parcel Service (UPS) in 2006 when she became pregnant and was subsequently given lifting restrictions by her healthcare provider. UPS declined her request for lighter duty consideration, citing its policy to allow accommodations for employees injured on the job and its classification of pregnant workers with employees injured off the job, according to a report in the Washington Post.

“UPS explained to me that they do not provide light duty for pregnancy,” Young told the Associated Press. “(They told me) that I had to go home until I was no longer pregnant.”

This sent her off the job unpaid for the seven-plus months remaining in her pregnancy, with her losing health benefits and pension contributions as well.

Young sued UPS under the PDA, asserting in the suit that she delivered letters and rarely lifted anything heavier than envelopes, according to the Washington Post, and that UPS had given work accommodations to drivers with drunken driving convictions, or who had been involved in accidents or who’d been taken off the road for disciplinary reasons.

“It is all so unreal,” Young said. “Somebody tells you, ‘You can’t work,’ when there’s nothing wrong with you. You think, ‘Really? In this day and age?’”

Young lost her legal challenge to her former employer in two lower Maryland courts, which ruled she did not prove that UPS had discriminated against her because of her pregnancy.

Forsythe said the courts read the PDA in a restricted way and that this is indicative of the PDA’s original goals not having been fully realized.

The court should apply the plain language of the PDA, Forsythe said, versus creating hurdles, conditions, and barriers.

The PDA says that pregnant workers are to be treated the same as other workers needing lighter duty accommodations in similar circumstances, he said, and Peggy Young did not ask for different or special treatment than other similarly abled workers.

On a broader scale, the PDA was a response to the 1973 Supreme Court Roe v. Wade decision, said Forsythe, which resulted in more pressure on women to abort their children, because of abortion having been declared a so-called “constitutional right.”

“Choose between your job and your baby,” Forsythe told LifeSiteNews.

Congress recognized this pressure, he said, as did pro-life lawmakers on both sides of the aisle, which resulted in bi-partisan support for the law.

“That kind of pressure was the reason to pass the PDA,” said Forsythe.

UPS announced in October in a brief to the Supreme Court it will change its policy effective January 1 to allow pregnant employees light duty when needed. The company maintains it was within its rights to deny Young her request for lighter duty.

“We are pleased that UPS has adjusted its policy to provide accommodations to pregnant women,” Day told LifeSiteNews. “We hope the Supreme Court will do the right thing too.”

Forsythe is looking for a unanimous decision from the high court.

“We hoped to give the justices a rationale that all of them could support Peggy Young and her reading of the PDA,” he said. “And we think the answer is in the plain language.”

Forsythe expects the Supreme Court will have a decision within 90 days, if not, by the end of June.