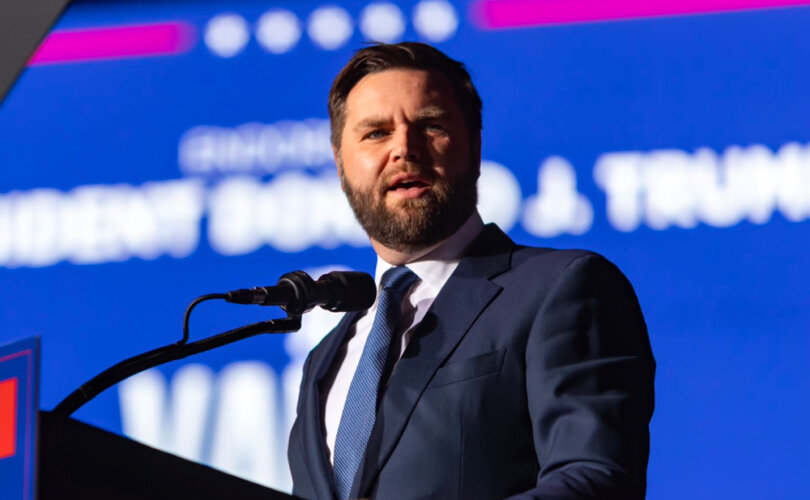 Late Tuesday night, the Associated Press and NBC called the Ohio race for a U.S. Senate seat in favor of the 38-year-old Vance. With 95% of the votes counted at the time Vance was declared winner, he led Ryan by 53%-46%.

Vance and Ryan were battling for an open seat vacated by incumbent Republican Sen. Rob Portman.

In a victory speech Tuesday night, Vance declared Republicans had “won big” in the state, as Democrat hopes to capture a key Senate seat were crushed. “We need better leadership in Washington D.C., and that’s exactly what I promise to fight for every single day,” said Vance.

Ryan, who previously called Vance a “fraud who can’t be trusted,” conceded the race while making a thinly veiled dig at former President Donald Trump, saying that “the way this country operates is that when you lose an election you concede. You respect the will of the people. We can’t have a system where if you win it’s a legitimate election & if you lose someone stole it.”

While Ryan served as a U.S. Representative since 2003, Vance is newer to the political scene, having previously worked as a corporate lawyer and an investor. He is also the author of the best-selling memoir Hillbilly Elegy.

Catholic convert Vance’s victory was warmly welcomed by conservatives, with pro-life advocates also welcoming it due to Vance’s public opposition to abortion.

Vance’s pro-life stance has been one of his clear campaign points. “I am 100 percent pro-life and believe that abortion has turned our society into a place where we see children as an inconvenience to be thrown away rather than a blessing to be nurtured,” his website states.

Eliminating abortion is first and foremost about protecting the unborn, but it’s also about making our society more pro-child and pro-family. The historic Dobbs decision puts this new era of society into motion, one that prioritizes family and the sanctity of all life. The pro-life fight continues by ensuring that every young mother has the resources to bring new life into the world, expanding adoption and promoting pregnancy centers, so that every child grows up in a loving home, as they deserve.

He has repeatedly defended this stance in public debates, saying that “we should not be aborting babies who can feel pain, who are fully formed.” Vance has also expressed support for Republican Sen. Lindsay Graham’s 15-week abortion ban, arguing for a “minimum national standard” while also defending the rights of states to implement additional laws.

However, Vance has also declared publicly that he has “always believed in reasonable exceptions” for allowing an abortion, but did not expand on what those would look like.

Ohio Right To Life, which has long supported Vance’s campaign, wrote that the group “is extremely encouraged by Vance’s victory tonight.”

“It is not often that we see such an effective fighter who not only understands the issues we are facing in-depth but has real tangible solutions as well,” said Ohio Right To Life’s director of communications, Elizabeth Whitmarsh.

“Ohio Right to Life endorsed J.D. Vance during the primary due to his insight on how to build a culture of life,” added Whitmarsh. “His testimony, along with his work in the private sector, has exceptionally prepared him to lead us in Washington. We look forward to working closely with him as we fight to protect every innocent life, from conception to natural death.”

In contrast, Ryan has been a consistent supporter of the Women’s Health Protection Act, which defends a virtually unlimited national “right” to have or perform an abortion up to viability, and after viability if an abortionist says that killing a woman’s unborn baby is necessary for her “health.”

In recent weeks, he then attempted to backtrack his position, arguing that he opposed late-term abortions.

While Ohio’s results have seen a win for pro-lifers, other states have not defended the unborn. Voters in California, Kentucky, Michigan, Montana, and Vermont took to the polls on abortion-related ballot initiatives, both in state constitutions and by means of state law. At the time of writing, the pro-abortion movement has maintained its overnight lead in all of the five votes.