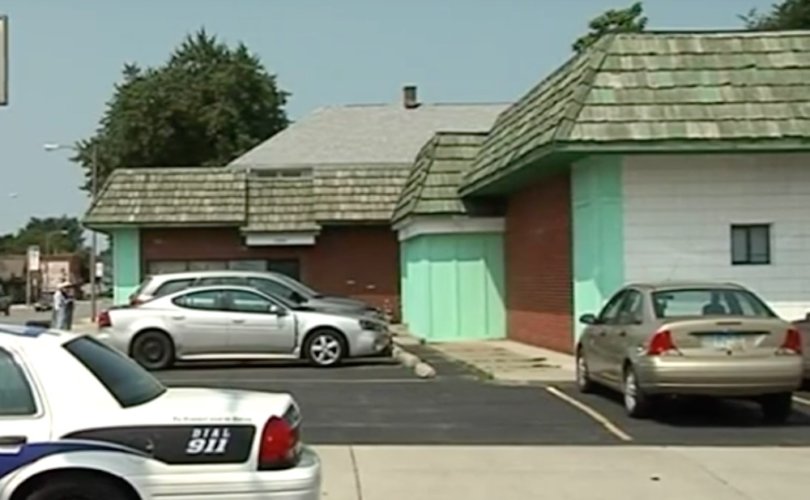 Representing Right to Life Action Coalition of Ohio and Greater Toledo Area Right to Life, the Thomas More Society filed a complaint Thursday with the Ohio Department of Health urging it to revoke the license the state recently issued to CCN, the Toledo Blade reports.

“For years, this abortion vendor has put women at risk, threatening their health and safety, because of an unwillingness to comply with Ohio's law,” Thomas More vice president and senior counsel Thomas Olp said. “This facility and its owner have provided a false and misleading application to the Ohio Department of Health, which has turned a blind eye to the infractions that caused revocation of the original license. This is unacceptable and should not be tolerated.”

CCN has been the subject of legal battles for years for operating without a legally-required hospital transfer agreement. Other CCN centers in the state were the sites of numerous health and sanitation deficiencies as well as the death of 22-year-old Lakisha Wilson in a botched abortion.

Thomas More’s press release lays out the timeline, showing that the state first cited CCN’s Toledo location for operating without an agreement in March 2012, and warned it of the state’s intent to revoke its license in August 2013. In January 2014 the center entered into an agreement with a hospital 50 miles away, which the state rejected as too far.

The state and CCN battled in court over the license for the next few years, during which its management company found to have not paid more than $600,000 in federal taxes and more than $24,000 in municipal taxes, and health inspectors found “serious licensure violations” warranting a $40,000 fine.

In January the Ohio Supreme Court sided with the state, but CCN subsequently applied for a new license “without disclosing the existence of a previously held one,” Thomas More explains. “The owner also listed the name of an on-site administrator, who is an employee of Planned Parenthood, and a medical director, reported as an MD, but without the required disclosure of the doctor's license number.”

Thomas More argues that the state failed to do due diligence in vetting CCN’s latest applications.

“The fact the Ohio Department of Health reissued a license to operate to a person and business already on its blacklist shows a woeful lack of oversight and irresponsible negligence toward the health and safety of Ohio women,” Olp said. “The irregularities here are manifold and the state must step up and protect its residents from those who are abusing the public trust.”

“Groups like this have been relentless in their efforts to try to use the government to close down this clinic, which is a critical provider of needed health-care services in the tristate area,” NARAL Pro-Choice Ohio executive director Kellie Copeland told the Blade in response. “These groups want to close abortion clinics by any means necessary. This is just another attempt.”

“The feedback I am getting from pro-life people all over the State of Ohio is that they are appalled by the Ohio Department of Health's back-to-back renewal of a clinic's license to operate immediately after revoking the license for a regulatory violation,” state pro-life leader Jeff Barefoot said. “We have every hope that by raising this issue with the Department of Health, we will prompt correction of this unjustified action.”

Barefoot is both board president of Greater Toledo Area Right to Life, and a member of the Right to Life Action Coalition of Ohio’s executive council.

CCN Toledo is one of six abortion facilities left in Ohio, according to Abortion.com.