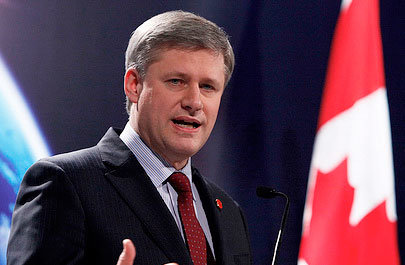 OTTAWA, October 27, 2015 (LifeSiteNews) – Although much about the future election of a federal Conservative leader remains unsettled at this time, vice-president of Campaign Life Coaltion Jeff Gunnarson says that one thing is absolutely crucial: pro-life and pro-family advocates must get involved.

“We have to be at the ready. We can’t just throw up our hands and retreat into our caves,” he told LifeSiteNews. “It’s not a time to retreat, it’s a time to advance.”

After 11 years as leader, and some 100 days shy of 10 years as prime minister, Stephen Harper resigned as leader of the Conservative Party when the Liberals sailed to a majority victory on October 19. He remains the MP for Calgary Southwest.

Because Liberal leader and Prime Minister-elect Justin Trudeau has unilaterally imposed an intolerant and exclusionary policy that pro-lifers need not apply, and because the NDP has a longstanding similar intolerance of pro-lifers, “we have to work with the Conservative Party,” Gunnarson said.

“And to get anywhere on life and family issues, we’re going to have to dig in, double up our efforts, and engage like we’ve never engaged before.”

Moreover, a leadership race is “an opportune time for pro-lifers to get involved,” he said. “It’s like a nomination campaign, in a way, where only a small number of people can determine who will lead the party.”

It’s unclear at this time when the reduced caucus of 99 Conservative MPs will, along with the 47 sitting Conservative senators, vote for an interim leader. According to the Canadian Press, the Conservative caucus will meet November 5.

There are three declared MPs in the running for interim leader at this time: Diane Finley, veteran MP for Haldimand-Norfolk and former minister of public works; Rob Nicholson, elected for his fifth term as MP for Niagara Falls and outgoing Minister of Foreign Affairs; and Erin O’Toole, MP for Durham and outgoing Veteran Affairs Minister.

Michelle Rempel, the 35-year-old MP for Calgary Nose Hill who last week released a barrage of tweets mulling about her leadership qualities and the opposition she might face because of her sex and inexperience, is also considering running for interim leader, the Canadian Press reported.

Following Rempel’s much publicized tweet-fest, pundits speculated she was considering the top job, and at this point, Rempel hasn’t definitively ruled that out.

The CPC Constitution makes clear that the interim leader is barred from a leadership bid.

Also unclear at this time are the precise rules that will govern the leadership selection and timeline, although a leadership election organizing committee was formed the day after the election to decide these issues.

According to the Conservative Party of Canada’s constitution, the contest must use the “one-person, one-vote” system similar to that the Ontario Progressive Conservatives used in the spring of 2015 to select leader Patrick Brown.

But regardless of how, or when the election will take place, or who declares for the race, Gunnarson urged pro-lifers not to wait and see, but to get involved immediately.

“We do not have to jump into this leadership contest based on the candidates that are running,” he said. “That’s not the incentive. The incentive is to find a good candidate to run.”

Pro-life and pro-family advocates should buy memberships now in the Conservative Party, he said. “It’s a $15 insurance policy that you’re going to be able to vote for a pro-life candidate if one should materialize.”

And they shouldn’t stop there, he asserted, but join the local Conservative riding association and “get on the board of their local executive” to be in a position to be a convention delegate – if the Conservatives decide to go that route – and to take part in next fall’s policy convention.

They should also actively seek to draft pro-life candidates. “It’s incumbent upon these people to find these good people to lead the party as well,” Gunnarson said. “They can’t just buy a membership and go home, they have to be on the look out.”

He included in the pool of potential pro-life candidates the 24 pro-life MPs who retired before this federal election.

There are also the 23 pro-life MPs who were defeated October 19, and the 41 identified pro-life MPs heading back to Parliament, including outgoing minister of defense Jason Kenney, long considered a strong contender for Tory top job but who has yet to declare his intentions.

According to the Canadian Press, Wall will be seeking his third mandate in the April 2016 Saskatchewan election.

The remaining roster of rumored candidates who have, at this time, neither confirmed nor denied their intentions include outgoing cabinet ministers Rona Ambrose, Maxime Bernier, Tony Clement, Michelle Rempel, Lisa Raitt, Kellie Leitch, and Jason Kenney, and backbencher Michael Chong.

Ford has expressed interest and the Canadian Press reports that Mulroney said he’s not interested but that, “It’s not something that hasn’t crossed my mind and my brother’s mind.”

Many of these rumored contenders are not supportable according to Campaign Life Coalition, which rates candidates based on their voting record, a questionnaire, public statements and statements to constituents.

The only name bandied about for leader whom CLC has endorsed with its “green light” rating is Jason Kenney, 47, MP for Calgary Southeast and outgoing minister of defense. He has a perfect pro-life voting record and is open about his pro-life views.

CLC has red-lighted the following as pro-abortion:

CLC granted “yellow light” status, which means caution because of insufficient data or mixed record, to:

Data on the pro-life convictions of Doug Ford and Mark Mulroney are not available at this time.