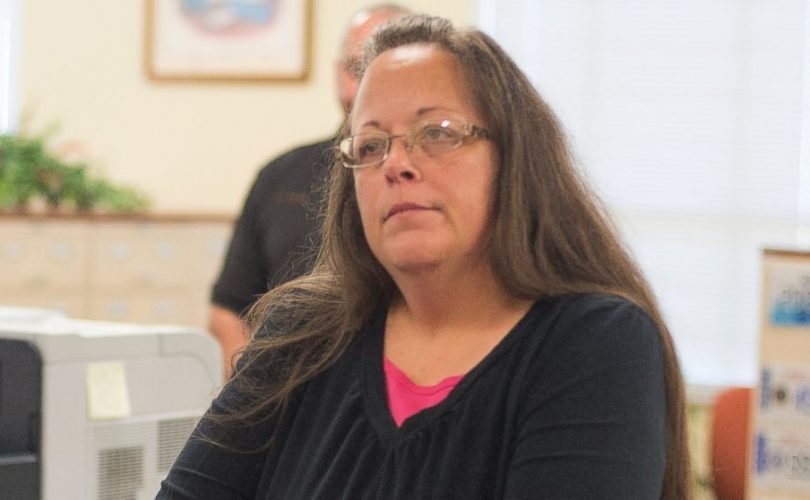 Before beating Davis, Caudill defeated David Ermold, a homosexual man who was refused a marriage license by Davis in 2015, during the Democratic primary earlier this year.

Davis garnered national attention in September 2015 for defying a court order to grant marriage licenses to homosexuals on the grounds that she had religious objections to same-sex “marriage.” Her refusal to abide by the decree landed her in jail for five days.

“To issue a marriage license which conflicts with God’s definition of marriage, with my name affixed to the certificate, would violate my conscience,” she said at the time. “It is not a light issue for me. It is a Heaven or Hell decision. For me it is a decision of obedience. I have no animosity toward anyone and harbor no ill will.”

The Kentucky legislature eventually passed a law so that marriage licenses would not have to include county clerk’s names.

Davis met Pope Francis in 2015 at the Washington nunciature with the help of then-Apostolic Nuncio to the U.S. Archbishop Carlo Viganò.