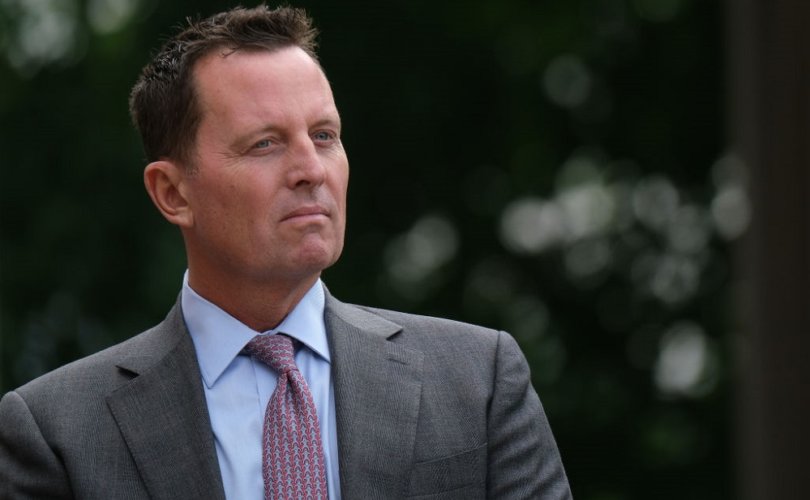 NEW YORK, December 20, 2019 (C-Fam) — U.S. ambassador to Germany Richard Grenell pitched a U.S. campaign to decriminalize homosexual conduct to members of the LGBT Core Group on Wednesday. But the group of nations that promote LGBT rights at the UN were having none of it.

During the event, Grenell sold the U.S. campaign to decriminalize homosexual conduct as a pragmatic effort backed by both President Trump and Vice-President Pence. Grenell asked UN member states for cooperation in drawing up “69 plans of action” for each of the 69 countries that criminalize homosexual conduct. He said each should be named and shamed at the UN “on a daily basis.”

A diplomat representing the European Union subtly told Grenell the EU was not ready to support the American decriminalization campaign.

“We cannot isolate LGBTIQ rights and disassociate them and see them in isolation from the rest,” a European diplomat said. “For the credibility of our efforts, it's also important that we are coherent, we are coherent with all human rights and all their ramifications and do so regardless of the country involved in our discussion.”

The Ambassadors of Argentina, the Netherlands, and a representative of the LGBT-rights group OutRight International were more explicit. They chided the U.S. for focusing only on gays and lesbians and leaving transgender and intersex categories behind.

The EU diplomat opposed Grenell's pragmatism with a social engineering approach, stressing the need for comprehensive sexual education “to ensure that people understand the reality they are faced with and fully accept it.”

With regard to involving religious leaders to promote social acceptance of homosexuality, the EU diplomat said it was important to “partner with authoritative voices in order to perhaps make our message more credible and ensure that it reaches the parts of society more reticent to listen to our voices.” The diplomat said, “We should not underestimate the fact that it is often religious people that are a rather negative force when it comes to LGBT rights.”

Grenell, who identifies himself as both gay and Christian, appeared frustrated at the end of the event.

“I served at the United Nations for eight years and I can tell you one thing,” Grenell said. “When you try to do too much, you do absolutely nothing. And it's a talkfest that never ends.” He said decriminalization was a “unifying issue” on which religious people agreed, and said it was just a “first step.”

“Let's not tear us apart on this. I am asking that we move together,” Grenell pleaded as he closed the event.

The event demonstrated that what is at stake is not just ideology, but the strategic alignment and cooperation of governments that promote LGBT rights. The United States remains a top funder of LGBT rights advocacy around the world. The criticism directed at Grenell is an indication that some countries worry that U.S. funding will be re-directed to decriminalization efforts.

Grenell was accompanied by Robert Destro, the head of the U.S. State Department's Bureau of Democracy, Human Rights and Labor. Estimates project that Destro's office doles out over $20 million annually for LGBT advocacy through several funds, including the Global Equality Fund. Destro's office has historically provided seed money for many LGBT advocacy projects in foreign countries.

Destro backed Grenell's pragmatism and the need for a “country by country strategy” because a one-size fits all approach might get people hurt. “I don't want that kind of responsibility,” Destro said.