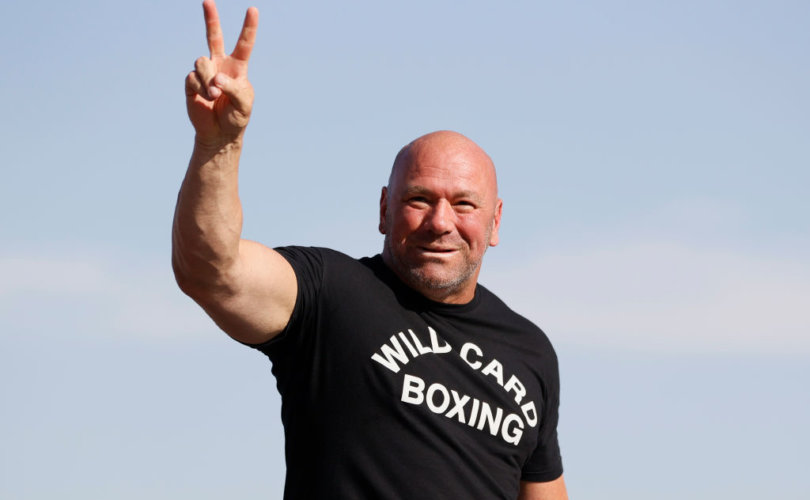 Speaking with Fox News’ Brian Kilmeade last Thursday during Fox and Friends, White said, “We’re not forcing people to get vaccinated. I believe as an American, that’s your choice if you want to get vaccinated.”

“It’s your body, this is a free country, you can do what you want,” he added.

White explained that while the jabbed could go to a fight in New York, the unjabbed could go to one of 44 other fights across the country. He also noted an apparent shift in the discussion concerning COVID restrictions nationwide, referring to Glenn Youngkin’s (R-VA) recent election win in Virginia.

“You see the tide starting to turn now. I even see people on the crazy liberal side starting to go ‘Whoa, whoa. What are we doing here?’” White said. “Everybody’s starting to notice that things aren’t working. Things aren’t the way they used to be.” White added that “people just want some normalcy again. You’re seeing it in Virginia.”

People should not rely upon government for help, according to White, who said that “you should know by now, the government is never going to take care of you. Ever.”

“You need to take care of yourself. You need to get out there,” White continued.

White has a history of speaking out against jab mandates for UFC fighters. White told Yahoo News last August, “I would never tell another human being what to do … If you want to get vaccinated, that’s up to you. That’s your choice. You’re never gonna hear me say I’m gonna force people to get vaccinated. Never gonna happen.”

White said he’s tried to keep politics away from UFC operations in the past, though former President Donald Trump was featured in a pre-recorded video that was played at a UFC fight in May 2020, congratulating White and UFC for resuming operations after being interrupted by COVID.

Foreign UFC fighters were told last month through UFC Corporate Business Officer Hunter Campbell that the government was imposing a November 8 deadline for entry into the U.S. to compete in upcoming events. Hunter also stated that the mandate was not a UFC policy. “To be clear, this is NOT a UFC policy,” said Campbell. “We are simply communicating the new guidelines recently announced by the U.S. government.”

President Joe Biden announced a series of sweeping COVID-19 requirements in September, imposing a jab mandate on all U.S. businesses employing over 100 people. UFC is estimated to have 1,359 employees, according to Craft.