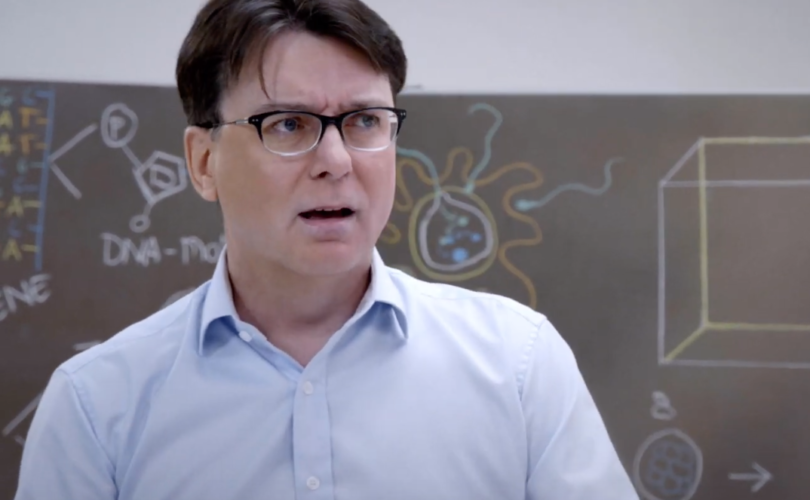 March 12, 2020 (LifeSiteNews) — A professor who previously believed that unborn children “cannot experience pain” has just co-authored a study that suggests that the pre-born can in fact feel pain, and that they can feel it far earlier than 24 weeks gestation.

In January of this year, British psychology professor Stuart Derbyshire and John C. Bockmann, a physician’s assistant in the U.S. Army, published a paper in the Journal of Medical Ethics titled “Reconsidering fetal pain.” Bockmann appeared on The Jonathan van Maren Show this week to explain the details of the report.

Bockmann said his study shows that we can be “reasonably certain” that fetuses feel pain before 24 weeks. He added that he himself believes that unborn babies can feel pain at 18 to 20 weeks, and possibly as early as to 12 or 13. Bockmann says his conclusions are based on the research he did on the cerebral cortex.

The report’s conclusion represents a shift in the views of Professor Derbyshire, who teaches at the National University of Singapore. In the past, Derbyshire was a consultant to Planned Parenthood in the U.S. and the Pro-Choice Forum in the United Kingdom. In an article he wrote for the British Medical Journal in 2006, Derbyshire stated that it was “sound policy” to believe that fetuses “cannot experience pain.”

Bockmann told van Maren that he believes that Derbyshire’s acceptance of the claim that unborn babies feel pain is extremely significant.

“There are two co-equal stories here,” Bockmann said. “One is that, yes, fetuses can feel pain…possibly down to as early as twelve or thirteen [weeks]. But that to me is not even the sole story. An equally big story is the fact that Stuart Derbyshire, one of the primary proponents of no fetal pain … has changed his perspective. That is incredibly courageous and honest. I just don’t have enough words to describe how unusual this is.”

Listen to van Maren’s complete interview with John Bockmann by clicking below.