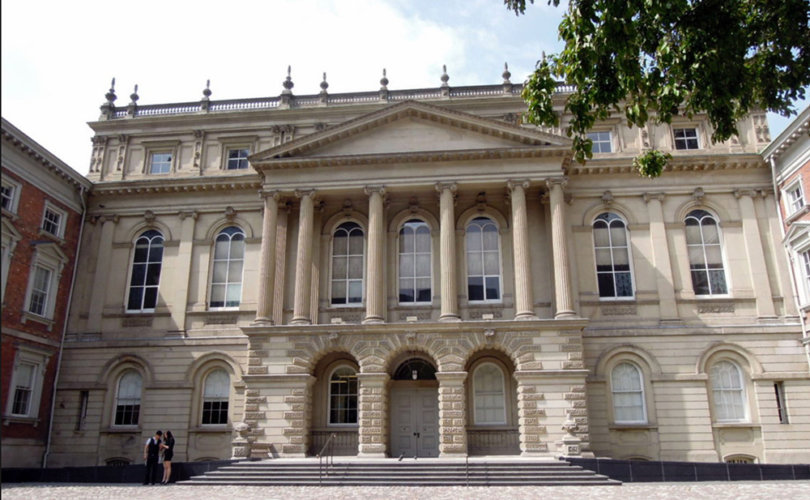 TORONTO, December 8, 2017 (LifeSiteNews) – Ontario lawyers are facing tough decisions after their regulatory body has denied them conscientious objection from a new requirement. It is being demanded that they adopt a leftist statement of principles acknowledging their “obligation to promote equality, diversity and inclusion generally.” Among other things, the statement reflects the demands of militant “LGBTQ…” ideologues.

The Law Society of Upper Canada’s board of directors, or “benchers,” voted 38 to 16 December 1 to reject a motion allowing an exemption based on conscience or faith from the requirement, according to the National Post.

The law society, which licenses all individuals who practice law or provide legal services in Ontario, has been fiercely criticized for mandating the statement as part of its “Equality, Diversity and Inclusion Initiative.”

The EDI Initiative adopts 13 recommendations from the final report of the working group that investigated alleged systemic racism in the province’s legal profession for four years. The Society will also “conduct inclusion surveys with questions similar to those asked” in another March 11, 2014 Law Society report on the same issue.

But critics say the LSCU is violating the Charter rights of freedom of religion and expression of its licensees by forcing them to pledge to promote a political/ideological agenda they may not agree with.

Ottawa lawyer Paul Lepsoe goes even further, suggesting in a November 24 open letter to the bar the LSUC is policing thought.

The compulsory statement imposes on lawyers “a positive obligation to promote certain state-prescribed principles,” he wrote.

The law society is “prescribing and constraining thought and expression” by “demanding that lawyers demonstrate personal commitment to, or valuing of, these principles.”

And by politicizing the bar, the LSUC is subverting its traditional independence, which is essential for a functioning democracy.

Free-speech advocate and University of Toronto psychology professor Jordan Peterson has issued “call to rebellion” to Ontario lawyers, and is asking those opposing the mandatory statement to contact him through his website.

“We are the bulwark of the individual against the oppressor state,” says Toronto lawyer Phil Horgan, executive member of the Thomas More Lawyers' Guild, an association of Catholic lawyers, paralegals, and judges.

“On occasion, as a matter of conscience or religion, I may have to act on behalf of clients or myself in opposition to the law,” he told LifeSiteNews.

Law society will use “persuasion tactics”

With no option to conscientiously object, lawyers and paralegals must indicate when they electronically file their 2017 annual report whether or not they’ve adopted a statement of principle.

If they don’t answer the question, the report would be incomplete, leaving them liable for “a fine or an administrative suspension from the law society,” Horgan said.

And a “no” will leave a licensee “subject of law society persuasion tactics, perhaps administrative consequences, perhaps a matter of discipline,” he said.

The LSUC won’t discipline members this year, but “various benchers have made clear there will be an education and resources initiative in an effort to have us get on board with the ‘culture shift’,” he said.

That “accelerating culture shift” is part of the EDI Initiative, the terminology of which must be interpreted in the context of the LSUC’s track record and political bent, noted Horgan.

“What do they mean by a ‘culture shift’? Well, really it’s an unwritten progressive agenda which is coming from the same law society that denied accreditation to Trinity Western University.”

The LSUC preemptively refused to recognize graduates of TWU’s proposed law school because the Evangelical Christian university requires that students pledge to refrain from sexual relations outside marriage between a man and a woman.

Along with the law societies of BC and Nova Scotia, LSUC deemed this discrimination towards LGBTQ individuals. The Supreme Court heard appeals on TWU’s case November 30 and December 1.

Lawyers are bound by LSUC’s regulatory monopoly, but they don’t have to agree with its positions, Horgan told LifeSiteNews.

“There are many items for which it is reasonable to maintain, as a matter of conscience or religious views, differing positions than those expressed by a majority of benchers on a given vote, whether it be on gender recognition, views on marriage, or the adoption of a ‘culture shift’,” he pointed out.

“I believe that we are entitled to maintain such differing views in civil society, as a matter of authentic pluralism, and as a matter of constitutional rights,” Horgan said.

“The Law Society seems unable to recognize that.”

Statement based on Christian view of equality

At the same time, Horgan contends a statement of principles acknowledging an obligation to promote equality, diversity, and inclusion could be based on Christian beliefs.

“Our notion of equality recognizes the inherent dignity of the human person as formed in the likeness and image of God,” he said.

“If I see Christ in my fellow human being that’s a more profound statement of human equality than can be served up some human rights commission in Ontario.”

The Thomas More Lawyers’ Guild is drafting such a statement.

Among its six points, the statement acknowledges:

…the supremacy of God and the rule of law and that every individual is equal before and under the law and has the right to the equal protection and equal benefit of the law without discrimination and, in particular, without discrimination based on race, national or ethnic origin, colour, religion, sex, age or mental or physical disability.

It also declares that “subject to my religious and conscientious rights, I may be called upon to challenge laws on my own behalf, or on behalf of clients, and I retain the right and obligation to engage in such concerns or possible challenges to existing laws.”

The law society is not asking to see the statement of principles, nor does it require that it be published, noted Horgan.

“We’re just obliged to advise the law society that we have one.”

There are also other possibilities, notably a Charter challenge by Lakehead University law professor Ryan Alford, who is also seeking an injunction to stop its enforcement.

Alford argues the requirement is “contrary to the rule of law in that it lacks a proper legal foundation,” and not supported by the LSUC’s rules of professional conduct, according to the  Toronto Star.

Catholic prof under fire at Providence College for opposing ‘diversity’ agenda
Canada, the land of diversity! (But keep your beliefs on abortion to yourself)
Enforced “Diversity” will make Britain “First Modern Soft Totalitarian State”
UK Teacher’s Guidelines to “Promote Equality and Value Diversity” will Violate Religious Consciences
All Ontario teachers will be forced to undergo ‘diversity’ training by 2013: minister