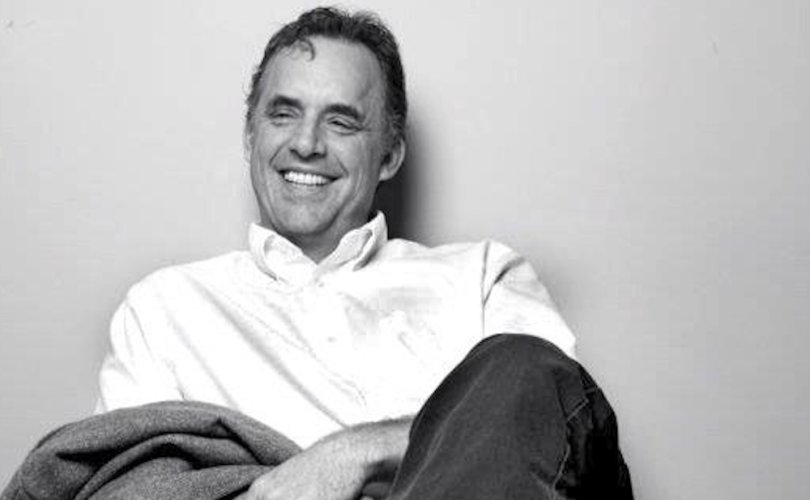 TORONTO, September 30, 2016 (LifeSiteNews) – A University of Toronto psychology professor who warns on YouTube that the new gender ideology is “absurd,  dangerous, totalitarian,” and without “scientific standing” also believes that these words alone might be enough to land him in jail.

Dr. Jordan B. Peterson, an expert on the psychology of religion and author of Maps of Meaning: the Architecture of Belief, used his YouTube talk to challenge the federal Liberal government, the Ontario Human Rights Commission, and his own university’s human resources department for their promotion of what he calls a “Marxist” ideology of gender identity and gender expression.

The proposed federal Bill 16, which makes it a hate crime to discriminate on the basis of gender identity or expression, and the new OHRC regulations are so broad, subjective and vague, he says, that they seem designed “to get as many people in trouble” as they can —starting with him.

“If someone can be put in jail for questioning that [gender ideology], then I guess I should be put in jail,” he says at one point in the hourlong video, “because I’m going to continue to question it.”

Peterson identifies the intellectual basis for this as Marxism. According to Peterson, the philosophical basis for Soviet and Chinese Communism, all intellectual history, including that of religion and philosophy, is an offshoot of the current forms of economic production.

If feudal agriculture prevails, then the feudal lords that dominate and benefit from feudalism will invent a religion (Roman Catholicism) and a political system (monarchy) that justify their powerful position. Protestantism and democracy simply reflect new economic developments. Gender, too, is just a reflection and justification for the dominance of biological males over females.

Peterson reserves some of his most scathing comments for Marxists. He says at least 20 percent of academics admit to being Marxists, “which in my opinion is no better than “identifying as Nazis,” given the “murderous” policies of Marxist-inspired governments around the world.

Peterson also takes to task the University of Toronto’s human resources department after learning of a memo directing professors to refer to students by the pronouns and gender of their choice. Peterson says he would refuse. “I don’t recognize another person’s right to determine what pronouns I use to address them. I won’t do it.”

But trying to restrict speech — even hateful speech — is counterproductive, Peterson argues.

“If you stop people talking, you stop people thinking,” he says at one point in the presentation. He argues that if people are not free to express views that are hateful, they will never be challenged about the reasons for their hate but will simply hate in secret until, potentially, they act violently.

While the University of Toronto has not responded to Dr. Peterson’s criticisms, some tweeters have called him a bigot and have warned him to watch himself the next time he submits research for peer review.

U of T professor A.W. Peet, who self-identifies as transgender, told the National Post that “academic freedom” should not protect Peterson when he uses it to “hurt vulnerable genderqueer members of the university community.”

Interpreting Peterson’s presentation as a denial of the existence of transgender people, Peet contended that “all that is necessary to invalidate a faulty claim is one counterexample. Here, I am that counterexample. I openly defy Peterson by existing: I am nonbinary and transgender.”

Peterson and the university did not respond to LifeSiteNews requests for comment.