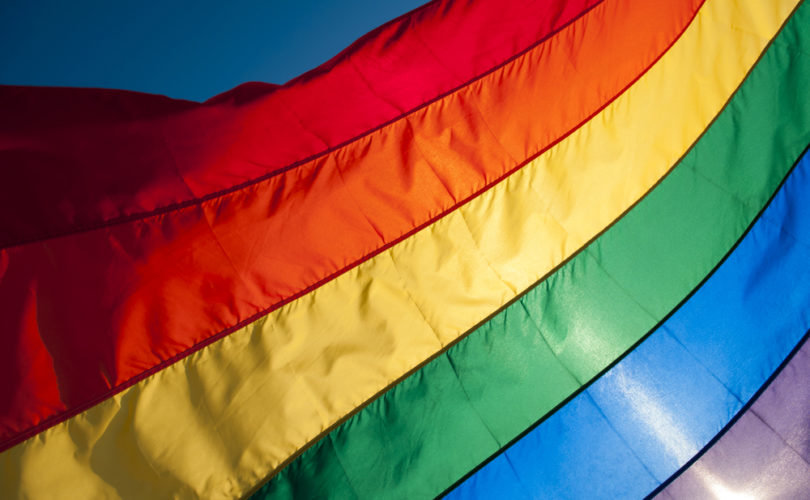 MUNICH, Germany, June 24, 2021 (LifeSiteNews) — One of the world’s most important sports associations refused to take the knee to LBGT this week.

On Tuesday the Union of European Football Associations (UEFA) declined a June 21 petition from Munich’s Mayor Deiter Reiter to light up the Munich Allianz Arena in rainbow colors representing the Pride flag for Wednesday’s Euro 2020 group-stage match between Germany and Hungary.

Reiter submitted the petition as his reaction against the law passed by the Hungarian parliament to protect its children from homosexual and transgender propaganda in schools and to forbid pornography to be shown to minors. The mayor’s request was  rejected on the basis that it was politically motivated and not in the best interest of the sport.

“UEFA, through its statutes, is a politically and religiously neutral organization,” the organization wrote.

“Given the political context of this specific request – a message aiming at a decision taken by the Hungarian national parliament – UEFA must decline this request.”

— Article continues below Petition —
PETITION: Stand with Hungary for protecting children from LGBT propaganda
Show Petition Text
44619 have signed the petition.
Let's get to 45000!
Thank you for signing this petition!
Add your signature:
Show Petition Text

As an alternative, the UEFA recommended to Reiter other dates that they deemed more appropriate for lighting up the arena in rainbow colors, both of them now-traditional LGBT holidays in the German city.

Despite its refusal to confront Hungary with rainbow-colored lights, the European football association underscored that it shared the Munich mayor’s intent to “promote diversity and inclusion.”

“Very recently, in the build up towards the UEFA EURO 2020 tournament, UEFA has kicked off a new campaign called ‘Sign for an Equal Game’ encouraging fans, players, clubs, national associations and other football stakeholders to join the fight against discrimination,” it stated in its communiqué.

“Racism, homophobia, sexism, and all forms of discrimination are a stain on our societies – and represent one of the biggest problems faced by the game today. Discriminatory behaviour has marred both matches themselves and, outside the stadiums, the online discourse around the sport we love,” it continued.

“It is extremely harmful and dangerous to mix sports and politics,” the Foreign Minister stated.

“We in Hungary have passed a law to protect Hungarian children, and they are now fighting against it in Western Europe. [This request] clearly shows the intention to bring politics into the world of sport …”

According to the UK’s Daily Mail, the disappointed Mayor of Munich stated that he found UEFA’s decision “shameful” and would drape the rest of his city in the Pride colors.

“Tomorrow, as the city of Munich, we will still send a clear sign of our solidarity and our respect for sexual equality [sic] to Hungary and the world,” Reiter announced.

“We will not only fly rainbow flags at Munich town hall – I assume that the city council will decide this tomorrow with a large majority – but also make the wind turbine adjacent to the arena shine brightly and also the Munich Olympic Tower.”

The actual soccer game ended in a 2-2 tie and was disrupted by a Germany supporter running onto the pitch with a Pride flag during the Hungarian national anthem. LGBT activists stood outside the stadium encouraging spectators to wear pro-LGBT stickers and carry Pride flags inside.

Hungarian Prime Minister Viktor Orbán has shouldered much criticism regarding his government’s refusal to allow the LGBT agenda in their schools, media, and politics. Thirteen of the twenty-seven members of the EU, including Germany, have signed a joint statement condemning what Orbán calls a law to “severely punish pedophiles and protect our children.”

Orbán responded to his EU critics in a direct statement from his office. He labeled the liberal left in opposition to him, “communists with degrees.”

The leader stated, “The left is the enemy of freedom, because instead of freedom of speech, they want political correctness as defined by them, and hegemony of opinion instead of a pluralism of ideas.”

Hungary’s child-protection law is not its only legislation to raise the ire of other EU members. In December 2020, the Orbán government protected in law the definition of marriage as only between a man and a woman. At the same time, a bill was passed forbidding same-sex couples from adopting children. In May 2020, Hungary passed a bill removing so-called “gender identity” from such official documents as marriage and birth certificates and made it mandatory to use the holder’s biological sex as an identifying factor.

In his June 19, 2021 speech marking 30 years of freedom in Hungary, Orbán recalled the historical moments where Hungarians fought against communism. He exhorted his people, stating “We are … Europe’s last surviving freedom fighters. Europe’s history did not simply change: we changed it. We know that now when the European Union is in trouble, it will not mend its ways, we must transform it, and we must lead it back to the right path – the path that was once successful.”

“We are the future of Europe … let us have courage to be democrats and freedom fighters … because this the only possible path to new European renaissance.”