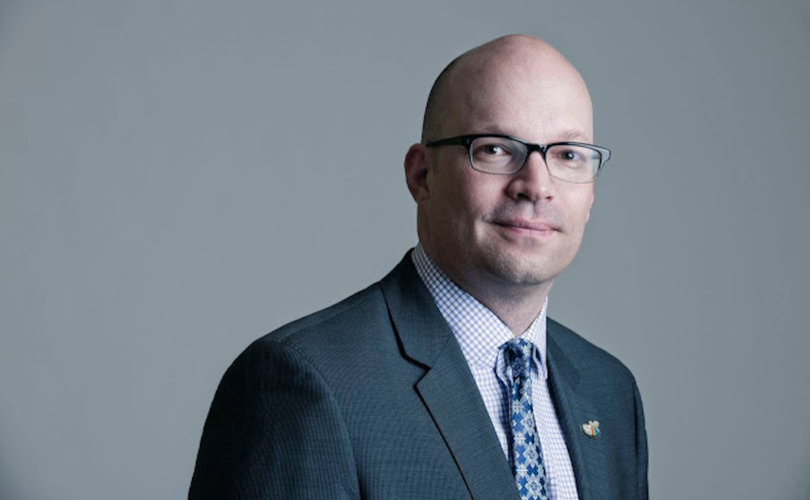 Professor Kris Wells of the Institute for Sexual Minority Studies and Services at the University of Alberta is counseling the mother, who wants the five-year-old to dress as a girl. After two judges supported the father in the custody case, a third judge sided with the mother and boy, determining that he could wear dresses.

Wells, who is a principal source for the news media, condemned the first two judges when speaking to Canadian Press this week. “These kinds of decisions shouldn't be happening, particularly when our human rights legislation has changed. [Gender identity in Alberta is now grounds for discrimination along with religion, ethnicity, age, sex, etc]. Some of these attitudes need to be challenged and corrected.”

Wells added that the Alberta government needed to re-educate the judiciary about gender identity, particularly with young children. He is an advocate for the provincial government’s anti-bullying policy in the schools under which homosexuality and transgenderism is included. Reported CP, “Wells said he hopes Alberta Justice will look at the case and support the judiciary in becoming more knowledgeable and inclusive about gender issues.”

Donna Trimble, executive director of Parents for Choice in Education, a group formed to defend the rights of parents as the prime caregivers and educators of their children, told LifeSiteNews that “Kris Wells is entitled to his opinion, but his voice is not the only voice that should get playing time.” (In fact, the CP story also quoted a transgender support group leader whose views supported Wells, but the story included no opposing views.)

“Parents need access to every kind of expertise in the legal system, the counseling profession and the schools,” Trimble said. “And parents are the experts themselves when it comes to their own children. If the only people heard are saying the same thing, it means that the wrong decisions will be made and some children will suffer.”

Trimble also noted that professional counselors who hold different views about the proper treatment of gender dysphoria in children might be afraid to come forward given the power of political correctness and the news media.

Trimble added that five-year-old children were “not little adults” and not able to make important decisions on their own. That is the duty of the parents, she said, while relying on as wide a range of experts as possible.

Studies on children who demonstrate gender dysphoria before puberty indicate 80 percent to 95 percent will accept their biological sex by late puberty. Because of that, said Dr. Michelle Cretella, the head of the American College of Pediatricians, “Affirmation of pre-pubertal children in their belief that they are the opposite sex is considered by many to be cooperating with a child's mental confusion and to be shepherding him along the path to a mental disorder.”

Shafer Parker, pastor of Hawkwood Baptist Church in northwest Calgary, told LifeSiteNews, “This is only happening because the government of Alberta has lost touch with reality” in promoting transgender rights in the schools. “They have brought in legislation in defiance of natural law and you can no more defy natural law in the long term than you can defy gravity by jumping out of an airplane.”