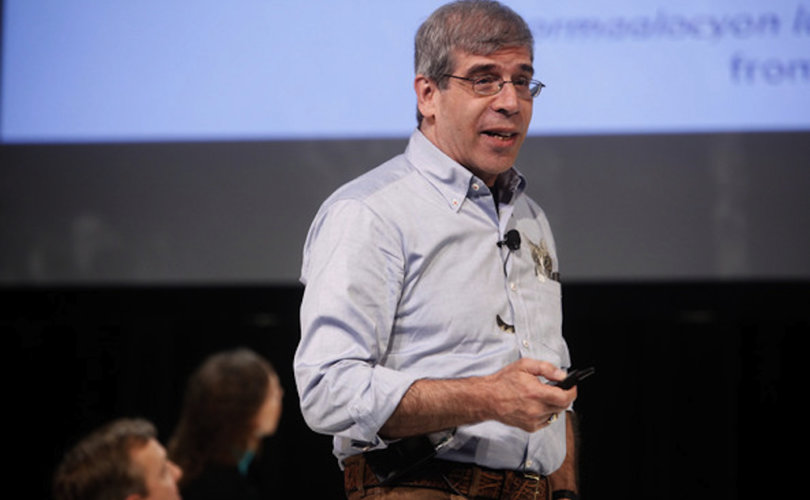 “If you are allowed to abort a fetus that has a severe genetic defect, microcephaly, spina bifida, or so on, then why aren’t you able to euthanize that same fetus just after it’s born?” Coyne wrote. “I see no substantive difference that would make the former act moral and the latter immoral.”

Coyne, who teaches in the university’s ecology and evolution department, said killing a newborn child with an adverse prenatal diagnosis is the same morally to killing it in the womb because the child lacks an awareness of death and the ability to make judgments, and these children are not as conscious as those older than them.

“After all,” he said, “newborn babies aren’t aware of death, aren’t nearly as sentient as an older child or adult, and have no rational faculties to make judgments (and if there’s severe mental disability, would never develop such faculties).”

Killing newborns will be widespread one day, according to Coyne, and this is a good thing.

“It’s time to add to the discussion the euthanasia of newborns,” he stated, “who have no ability or faculties to decide whether to end their lives. Although discussing the topic seems verboten now, I believe someday the practice will be widespread, and it will be for the better.”

Thomas Williams covered Coyne’s column in Breitbart, and he said Coyne’s logic was actually sound and therefore demonstrated the fault in abortion rationale.

“Although some people may find Coyne’s conclusions to be abhorrent, his basic logic is airtight,” Williams wrote. “If we accept the moral justification for abortion, it makes no sense not to allow infanticide as well.”

“Which should lead right-thinking people to ask not whether infanticide might be a morally acceptable procedure,” Williams continued, “but whether abortion itself has any moral justification other than the logic of raw power over those unable to speak or defend themselves.”

There are numerous instances where children have defied the odds of an adverse prenatal diagnosis and gone on to live productive and happy lives. And countless parents who have let their children live through pregnancy knowing they would have to give them up soon after their birth have witnessed to the beauty of the precious time they have with those children.

Coyne lined up his argument with that of controversial bioethicist Peter Singer to say that euthanizing these newborns is actually more merciful than withdrawing care, stating, “It makes little sense to keep alive a suffering child who is doomed to die or suffer life in a vegetative or horribly painful state.”

Singer is known for his euthanasia support and controversial views discounting the value of human life in various circumstances.

Coyne also gave euthanasia a pass based on its current prevalence, advancing the rationale that 50 years ago euthanasia was unthinkable, but it’s now legal in several places throughout the world for terminally ill adults.

“This change in views about euthanasia and assisted suicide are the result of a tide of increasing morality in our world,” he stated.

The prominent evolutionist argued that the same principle of euthanizing dogs and cats “when to prolong their lives would be torture” applies to newborns. He said this because neither can make a decision “and so their caregivers take the responsibility.”

Coyne went on to portray religion as a mere impediment to abortion and euthanasia that would one day disappear.

“The reason we don’t allow euthanasia of newborns is because humans are seen as special,” he stated, “and I think this comes from religion — in particular, the view that humans, unlike animals, are endowed with a soul.”

“It’s the same mindset that, in many places, won’t allow abortion of fetuses that have severe deformities,” continued Coyne. “When religion vanishes, as it will, so will much of the opposition to both adult and newborn euthanasia.”