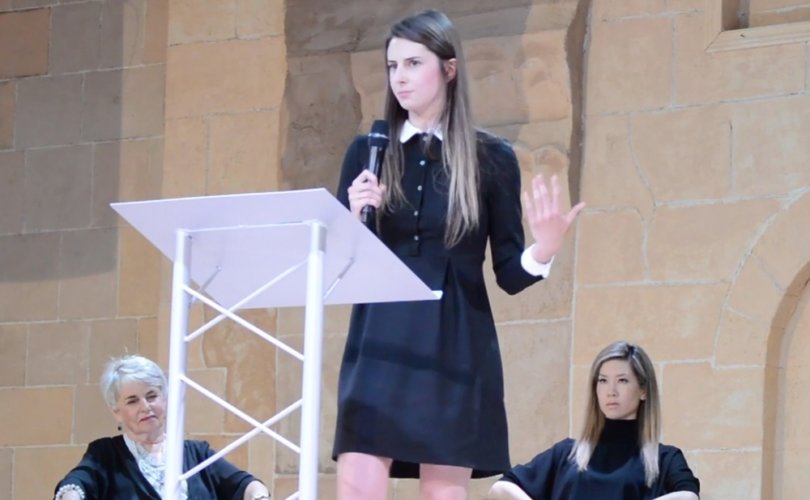 WATERLOO, Ontario, January 2, 2019 (LifeSiteNews) ― The two Canadian university professors who bullied a teaching assistant to tears because she showed students a clip of a debate with Jordan Peterson have now mentioned her in a third party lawsuit.

Nathan Rambukkana and Herbert Pimlott, professors at Waterloo’s Wilfrid Laurier University, are being sued by Peterson, the University of Toronto psychology professor and author of the best-selling 12 Rules for Life: An Antidote to Chaos, for having defamed him.

The professors maintain, however, that their remarks about Peterson would never have become public had they not been recorded and given to the media by teaching assistant Lindsay Shepherd.

In November 2017, the two men, accompanied by Adria Joel, then the university’s manager of “gendered and sexual violence prevention,” grilled Shepherd about her decision to play part of a government-funded television program featuring a debate with Peterson to students. The debate involved Peterson’s resistance to the enforced use of pronouns in vogue with transgender activists. During the disciplinary interview, which Shepherd secretly taped, the professors likened an objective presentation of the Peterson debate to objectively presenting a speech by Adolf Hitler.

In response to Shepherd’s explanation that she was presenting students with ideas that they would eventually encounter in public life and that Peterson was a “real person,” one of the professors replied:

“He is a real person, but he is a real person who has engaged in targeted behavior … or targetting of trans(sexual) students … by doxxing them, giving out their personal information so that they will be attacked, harassed, so that death threats will find them. This is something that he has done to his own students, has done to other students. This (showing a clip of him speaking without condemnation) is basically like neutrally playing a speech by Hitler or Milo Yiannopoulos from Gamergate.”

According to the Toronto Sun, “The statement of claim, prepared by lawyer Howard Levitt … says Peterson was falsely labeled as incompetent, sexist, misogynist and racist in a now infamous disciplinary meeting with Wilfrid Laurier University teaching assistant Lindsay Shepherd.”

But the professors are arguing that if their remarks hurt Peterson, the blame must fall upon their former student.

According to the Toronto Star, the men “allege Lindsay Shepherd … had ‘power and control’ over the recording and the distribution of the conversation, and meant for the contents of the meeting to potentially become widely available and discussed. Therefore, they argue, should the court find Peterson suffered damages or injuries, those would be ‘attributable to Shepherd and her publication and dissemination’ of the recording.”

Shepherd, who is suing the university, the two professors and the former “gendered and sexual violence” manager for attacks she has suffered and the loss of a future academic career, is also being represented by Levitt.