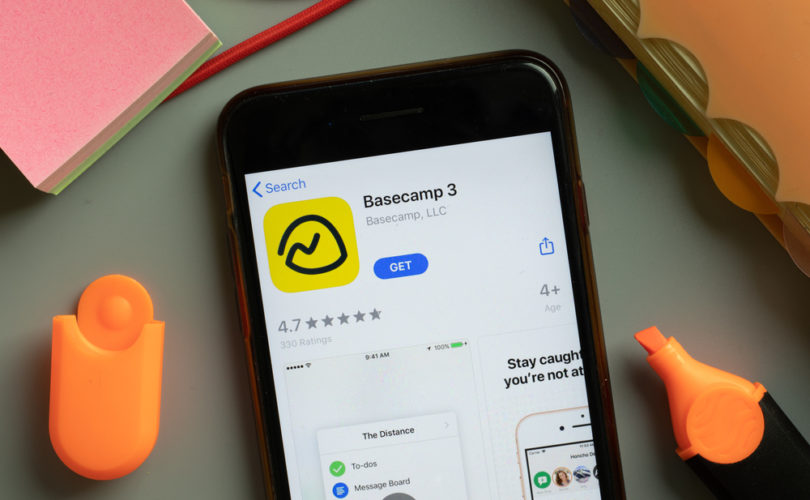 CHICAGO, April 30, 2021 (LifeSiteNews) — American web-based software company Basecamp, known for its Basecamp project management tool, is standing up against the ever-encroaching “woke” tyranny by refusing to let the politics of the day determine how they do business: “It’s become too much. It’s a major distraction.”

In a statement entitled “Changes at Basecamp,” CEO and co-founder Jason Fried explained to employees that the company is adopting a zero-tolerance policy on “societal and political discussions” within the company Basecamp account.

“Today’s social and political waters are especially choppy. Sensitivities are at 11, and every discussion remotely related to politics, advocacy, or society at large quickly spins away from pleasant,” Fried recognized before stating that “we’re done with it.”

“You shouldn’t have to wonder if staying out of it means you’re complicit, or wading into it means you’re a target. These are difficult enough waters to navigate in life, but significantly more so at work.”

Fried reminded staff that, as a private company, “We don’t have to solve deep social problems, chime in publicly whenever the world requests our opinion on the major issues of the day, or get behind one movement or another with time or treasure.”

While acknowledging the significance of political issues, whatever they may be, “they’re not our topics at work — they’re not what we collectively do here,” he said.

Instead, the entrepreneur asserted that Basecamp makes “project management, team communication, and email software,” and is “not a social impact company.”

“Our impact is contained to what we do and how we do it,” Fried said.

“Basecamp should be a place where employees can come to work with colleagues of all backgrounds and political convictions without having to deal with heavy political or societal debates unconnected to that work,” Heinemeier said. “There are many places to be involved, exposed, and engaged in those conversations” he continued, adding, “Basecamp shouldn’t be one of those places.”

“By trying to have the debates around such incredibly sensitive societal politics inside the company, we’re setting ourselves up for strife … Therefore, we’re asking everyone, including Jason and me, to refrain from using our company Basecamp or HEY to discuss societal politics at work effective immediately.”

Basecamp’s new standard contrasts starkly with the direction taken by a great many private enterprises, particularly within the technology sector to which they belong.

For example, the companies launched purges against individuals and businesses that disagreed with their particular brand of politics, with Amazon removing social media app Parler from its web hosting service and both Apple and Google removing the app from their respective app stores, effectively eliminating the company’s reach in what appeared to be a coordinated shutdown.

Financial institutions, too, have voiced their support for the riotous Black Lives Matter movement, including American Express and Commerce Bank. Ironically, both banks condemned scenes of violence at the Capitol on January 6, characterizing the events as “subversive” to the “peaceful transition of power.” Commerce Bank said it “condemns violence in any form,” but commissioned an artist to paint pro-BLM messages on the boards of the plywood covering the shattered windows of a St. Louis branch that had been attacked by BLM rioters the previous summer.