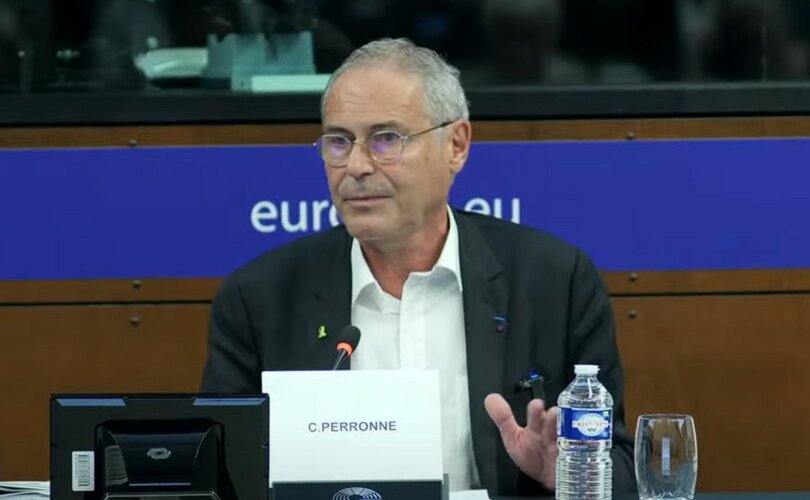 (LifeSiteNews) – One of France’s most prominent infectious and tropical disease specialists, Professor Christian Perronne, was vindicated on Friday by a regional Disciplinary Chamber of the “Ordre des Médecins” (National Council of the Order of Physicians, CNOM), which had brought proceedings against him because of his “dissident” public statements and writings about the COVID crisis, treatment of the disease, and the so-called COVID vaccine.

Perronne has authored three books about the COVID crisis in which he explained that the French government made all the wrong decisions and, by his reckoning, was thereby responsible for 25,000 unnecessary deaths during the first wave of infections.

Regarding the proceedings brought by the CNOM, the Disciplinary Chamber concluded that in view of his status as a specialist, Perronne not only had the right to express himself, but that he had an obligation to do so.

“Dr. Perronne, an internationally recognized specialist in the field of infectious diseases, was in the best position to understand the public health issues involved. While he expressed himself in the press on the government’s action and on the pharmaceutical industry, as he was legitimately entitled to do, and even obliged to do in this field which falls within his area of competence, he went no further than publicly expressing a dissenting view on a subject of general interest, without resorting to invective,” the Disciplinary Chamber stated.

This is a major victory against the official COVID narrative. Perronne, an experienced professor of medicine, practicing physician, and a former member of national medical councils and authorities responsible for the management of health crises and vaccine policies, has been ridiculed and lambasted by the mainstream media as a “conspiracy theorist.”

Perronne was a member of a team that worked on developing an H5NI flu vaccine in 2004, and in 2009 he was the vice-president of the “European advisory group of experts on immunization” responsible for advising the World Health Organization on European vaccine policy.

By December 2020, he was sacked from his post as head of the infectiology department of the hospital of Garches, in the western suburbs of Paris, by the head of the Parisian network of public hospitals, Martin Hirsch, who also required that the Order of Physicians bring disciplinary proceedings against him.

Perronne was accused of having violated the Public Health Code when he expressed himself in the media and in his books. According to the CNOM, he had “seriously implicated colleagues who had taken care of a member of his family or who had participated in public health decisions,” in particular when he said that his own brother-in-law had died of COVID in hospital because the medical staff there were not at liberty to give him efficient treatments.

Perronne had in general failed to support the public health actions implemented by the government, the accusation continued. He was also accused of having denigrated “public health policies” implemented during the COVID-19 crisis. An individual complaint from a medical practioner, Dr. Nathan Peiffer-Smadja, was also heard: he argued that he had been personally attacked by Perronne on the scientific value of his publications, in view of the comments made by the latter in the media and in one of the first French documentaries decrying the mismanagement of the COVID crisis, “Hold-Up.”

In return, Perronne filed a complaint against Peiffer-Smadja, who had published 14 tweets from May to October 2020 in which he expressed derogatory, defamatory, and insulting remarks against Perronne. Not only did the Disciplinary Chamber consider Peiffer-Smadja’s complaint to be unfounded, but instead it sanctioned Peiffer-Smadja for his “gravely anti-confraternal remarks” about Perronne.

France’s official body of medical practitioners, which is responsible for licensing doctors to practice medicine and for regulating the profession, was tasked with judging Perronne for “breaches of professional ethics” and organized a hearing on September 13, 2022, where the “dissident” doctor, assisted by the French law firm Auravocats, was able to present his case before his peers. At the time, French media such as the liberal weekly L’Express ran articles about “the fall of a once-respected professor.”

But he did not fall.

Given the three complaints filed against Perronne, he faced potentially heavy sanctions, from a temporary ban from practicing medicine to a fully-fledged disbarment.

In a statement published on Saturday by Perronne’s lawyer Thomas Benages, he recalled that the CNOM reproached him for having supported and expressed “anti-vaccine theories” and for having declared that ivermectin and hydroxychloroquine are effective against COVID. Perronne was also considered to have been disloyal to his confreres for having said that COVID patients represented a financial windfall for doctors – the statement that led to the termination of his duties as head of the infectious diseases department of Garches hospital.

Benages underscored that “by these fundamental decisions, the Disciplinary Chamber has reasserted the freedom of expression enjoyed by university doctors when they express themselves in an impersonal manner, while underlining the preponderant role played by Prof. Perronne during the health crisis by challenging the government and by raising ‘a discordant voice on a subject of general interest.’”

The Disciplinary Chamber also recognized that not a single document in the case brought against Perronne showed him making an “anti-vax” statement. This is also important, because many professionals who express reservations about the COVID jab – as Perronne has done because of the novelty of its technique – are being dismissed as systematic opponents of any kind of vaccination. Perronne has called the COVID jabs “experimental therapeutic substances.”

Perronne himself was a signatory of an op-ed that recommended implementing eleven mandatory vaccines for babies in France, but in a conference he gave last week in Strasbourg at the invitation of a European member of Parliament, Virginie Joron, he said he now regretted this in view of what he has witnessed during the COVID crisis.

At the time of writing, only a handful of French media, including FranceSoir, have echoed Perronne’s complete victory, while many had reported at length about the proceedings against him.