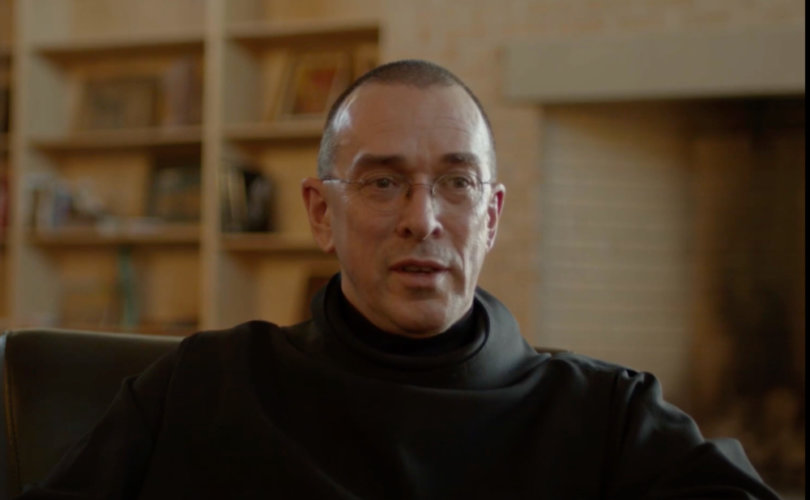 BRIGNOLES, France (LifeSiteNews) – A renowned liturgical scholar and Benedictine monk was ordained in secret “for the ultimate good of souls,” according to the monastery, after the local diocesan bishop ignored repeated recommendations to perform the ordinations.

Australian-born Dom Alcuin Reid is the founding prior of the traditional Benedictine community of the Monastère Saint-Benoît in the Diocese of Fréjus-Toulon and an internationally distinguished liturgical scholar. The principal organizer of the international Sacra Liturgia conference, begun in 2013, Dom Alcuin was until recently only a deacon, meaning that the growing monastic community relied on external priests to provide the sacramental life.

While three monastic visitors recommended to Bishop Dominique Rey, the local bishop, that he ordain Dom Alcuin to the priesthood for the good of the monastery, the monastery said the bishop’s “unwillingness or inability to proceed with the ordinations” has “frustrated” the community in recent years.

According to a May 14 statement from the monastery, Bishop Rey refused to perform the ordinations out of “prudence.”

The monastery claims “it has become increasingly clear that this ‘prudence’ is based on fear of repercussions, a fear increased by the Holy See’s recent visitation of the diocesan seminary,” the monastery wrote.

Canonically, the monastery is currently an association of the faithful.

The monastery added the bishop had “often confirmed” that he had no “substantial doubt about the identity of any candidate, the need of the monastery for ordinations, or about the good that they would bring.”

The sweeping restrictions imposed by Pope Francis in Traditionis Custodes last July, along with the subsequent Responsa ad dubia, only “exacerbated this situation,” added the monastery, and the “blanket ban on ordinations has put us, our vocations and our candidates in an impossible position.” Furthermore, the “integrity of our observance, liturgical and monastic, is gravely compromised,” the statement read.

That which one Successor of Peter assured us to be true is contradicted by another. The content of the vows we have taken before God has been radically altered. This situation is itself a scandal and is untenable.

In January, Rey once more said he was unable to perform the ordinations, at which point the monastery “consulted with friends, including respected senior prelates, regarding our seemingly impossible situation.” The community stressed their “respect for the Bishop and our understanding of his position, as well as our predicament.”

After Dom Alcuin made a pilgrimage to Rome to pray for “unity in the Church,” a “senior prelate offered to confer ordinations if the Bishop Rey remained unable to do so,” the monastery statement reads. The monastery had not asked him for ordinations, according to the statement.

— Article continues below Petition —
Pope Francis: Don't make Bishop McElroy a cardinal - he knew about McCarrick
Show Petition Text
12475 have signed the petition.
Let's get to 12500!
Thank you for signing this petition!
Add your signature:
Show Petition Text

After another meeting in which Rey ruled out performing ordinations, “a substantial and grave fear” fell on the monastic community regarding its future without a priest. Praying throughout Lent, the community decided to accept the offer from the unnamed “senior prelate,” writing that they did so

knowing that it would appear to involve material disobedience, but with the conviction that it was for the ultimate good of souls in a truly extraordinary situation in the life of the Church, fearing that if we did not accept this Providential opportunity our own vocations, and those of the young men who wish to come to us, would be jeopardized, if not lost. We have experienced a great peace in respect of this decision.

Consequently, on an unspecified day in April and outside of France, the senior prelate ordained a monk to the Subdiaconate and then the Diaconate “on successive days, and ordained our Prior to the Priesthood according to the usus antiquior of the Roman rite.”

Canon 1355 §2 states that “a penalty established by law which is latae sententiae and has not yet been declared can be remitted by the following: 1. the Ordinary in respect of his subjects; 2. the Ordinary of the place also in respect of those actually in his territory or of those who committed the offence in his territory; 3. any Bishop, but only in the course of sacramental confession.”

Following the ordination, the community informed Bishop Rey of the events, saying they had “acted in good faith, even if because of necessity outside the canonical norms, and in spite of all we wish to remain in good relations and communion with our Bishop, his successors and the diocese.”

In the interests of “discretion,” the monastic community said they refrained both from making the ordinations publicly known and from exercising public ministry. However, the monks asked the bishop “to provide priests for Mass” in order to “avoid scandal.”

“Before Almighty God we cannot allow the monastery to be deprived of Holy Mass or the sacraments again,” the monks said.

Expressing the hope that “dialogue and reconciliation are possible,” the monastery added how “we must remain faithful to our vocation of a traditional Benedictine life of prayer and work, ratified and blessed by our Bishop in our foundational statutes and constitutions, and to our vows, taken before Almighty God according to them.”

LifeSiteNews has learned that despite the monks’ request, the bishop would not provide a priest to celebrate Masses on two recent Sundays or for Ascension Thursday.

LifeSiteNews contacted the Diocese of Fréjus-Toulon about the matter, but has yet to hear back from a spokesman.