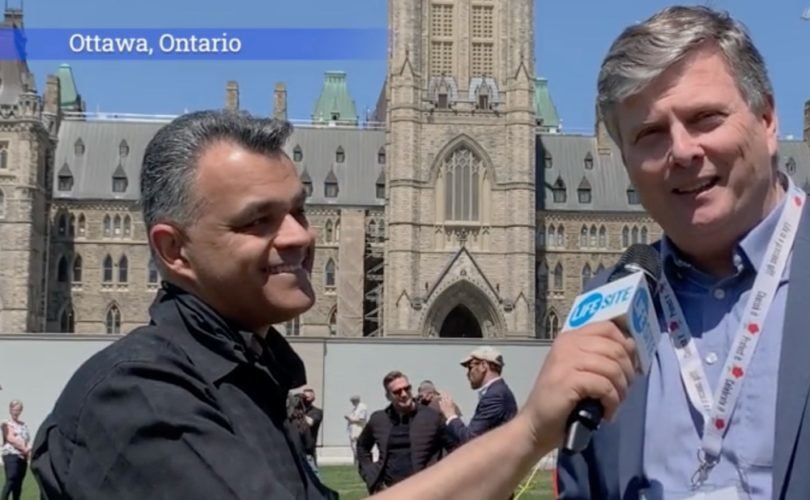 OTTAWA, Canada (LifeSiteNews) — Pro-life activist Jeff Gunnarson has called for more voices to speak out against the evil of abortion, as pro-life voices are being gradually excluded from Canada’s political life.

Gunnarson, the national president of Campaign Life Coalition, told Canadian Catholic News that the country is in dire need of more pro-life voices in the political arena, as all the mainstream political parties are now essentially pro-abortion and pro-life voices are being marginalized to the point where they are becoming virtually absent from Canadian political life.

“There has to be pro-life voices in the House of Commons, voices that speak up for pro-life Canadians, who speak out against the aborting of innocent children, regardless of what the leaders and leadership of the political parties say,” said Gunnarson.

Though in the past, pro-life Canadians speaking out in defense of millions of innocent unborn children being aborted every year could find some representation in Parliament, particularly within the Conservative Party, this is no longer the case.

Earlier this year, Conservative leader Erin O’Toole shocked pro-life activists when he said he would lead a “pro-choice” government.

“Let me repeat again, I’m pro-choice and we will make sure that women have the ability to make decisions with respect to their healthcare for themselves and make sure abortion services are available from one ocean to the other,” said O’Toole, who also backtracked on a promise he had made, when running for party leadership, to respect the right of conscience of healthcare workers who refuse to perform or take part in abortion or self-assisted suicide procedures.

“They will have to refer because the right to access those services exists across the country,” said O’Toole, omitting to mention that providing referrals for these types of procedures morally equates to active participation in them: “we have to respect conscience rights but allow there to be referrals.”

In response to this apparent backtrack, Gunnarson expressed his disappointment, but said this apparent change in the Conservative leader’s position was to be expected.

“It is disappointing that he would take that position, but it is not surprising,” he said, pointing out that, on this issue, all political parties of Canada are now essentially aligned, and accusing the Conservative party of being no different than the Liberals or the NDP.

“It is like Liberal-lite, there is no real difference between the parties on this issue,” he said.

Gunnarson then expressed the desire of many pro-life Canadians to bring abortion as well as other pro-life issues back on the political agenda regardless of what party leaders are saying.

“The leaders of the parties may not want abortion and pro-life issues to be discussed, but Canadians do,” he said. “Canadians want real discussions about these issues — about abortion, euthanasia and pro-life principles.”

He also called for pro-life Canadians to consider careers in politics and to seek public office which he sees as the only means to counteract the marginalization of pro-life voices in Canada.

“The only way to change this is to keep electing pro-life MPs, to keep raising these issues and to change minds by being vocal about the pro-life cause and engage with Canadians on these issues,” he said.