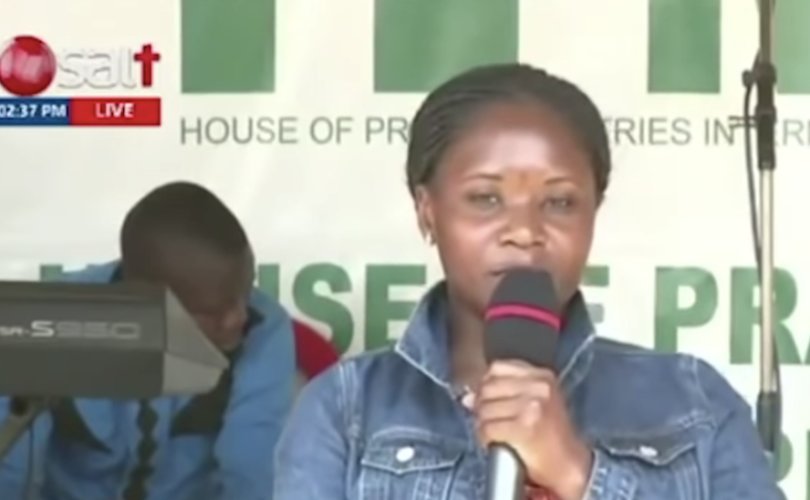 KAMPALA, Uganda, August 3, 2018 (LifeSiteNews) – Val Kalende, a prominent activist for pro-homosexual causes in Uganda, has renounced her former lifestyle, which she now considers a sin.

Kalende is a self-described “preacher’s kid” and journalist who left her career at the Ugandan newspaper Daily Monitor in 2007 to focus on LGBT activism, according to a 2015 Daily Xtra profile, going on to work with organizations such as Freedom and Roam Uganda, Sexual Minorities Uganda, and the Dignity Initiative. She left the country for Canada as a refugee in 2015, following the 2014 passage of legislation to criminalize homosexual behavior.

“Val Kalende is here to stay,” declared the headline of the profile, which notes that she identified as “genderqueer” and preferred to be referenced with the pronoun “they.”

On Tuesday, however, Edge reported that Kalende is a changed woman who is even getting married, announcing the news live on Uganda’s Salt TV.

“I joined lesbianism right after Makerere University. I’m born of Christian parents. All of them cut their ties with me for being gay. I became an orphan,” she explained, according to Edge’s English translation of her remarks. But “I became rebellious. We always wondered why the world forced us to become girls who do not love men […] Right now, I have no peace of mind. I sometimes break down and cry wondering why am like this. I’m now back home and have been saved.”

“Not sure how to do this or if I have to. It’s draining. But I know people have questions and they mean well,” Kalende elaborated on Facebook, according to the Monitor. “I’d be glad to respond to questions concerning what I have learned about the sin of same-sex attraction and the mystery that surrounds the homosexual lifestyle, especially for Christians, parents and people with family members or friends who struggle with same-sex attractions.”

“I understand my introverted nature makes it uncomfortable for people to reach out to me but I am pretty much an open person when it comes to issues I am passionate about,” she continued. “I am not an authority on sexuality let alone what qualifies for sinful nature, but I, sure, have an awareness that could help folks out there. Feel free to message me privately or leave your questions below this post.”

Kalende said the revelation has been a long time coming, but that she waited to announce it because she “wanted to take time to do the important work on myself before making a public confession.” The Monitor added that she is not accepting interviews at this time, and wants to rest with her family.

Kalende did not elaborate on what this means for the policies she formerly championed, but her defection leaves a sizeable hole in Ugandan LGBT activism.

“Val is going through another interesting transition and needs our love and understanding even in this moment,” LGBT activist Dr. Stella Nyanzi wrote, while at the same suggesting she could “relapse” back into homosexuality because “sexuality is fluid,” and implying that “dangerous” religion’s “tenterhooks” may be the true cause of her conversion.

Sexual Minorities Uganda executive director Frank Mugisha told the Monitor he respected her personal decision but was concerned that it would “psychologically affect many members who may feel threatened.” He gave a very different statement to the UK’s PinkNews, however, which quotes him as saying he’s “very much worried about her” and has not been able to personally discuss it with her.

Friendly Atheist editor Hemant Mehta responded to the news by speculating that her declaration was a sham to reunite with her family: “We shouldn’t rule out the possibility that she made this announcement due to social pressure rather than a sincere change of heart.”

Many LGBT activists intensely dispute the notion that sexual attraction can be changed, though in recent years some voices such as Dr. Lisa Diamond have advised their allies to “stop saying ‘born that way and can’t change’ for political purposes, because the other side knows it’s not true as much as we do.” Many former homosexuals say therapy helped them overcome unwanted same-sex attractions.