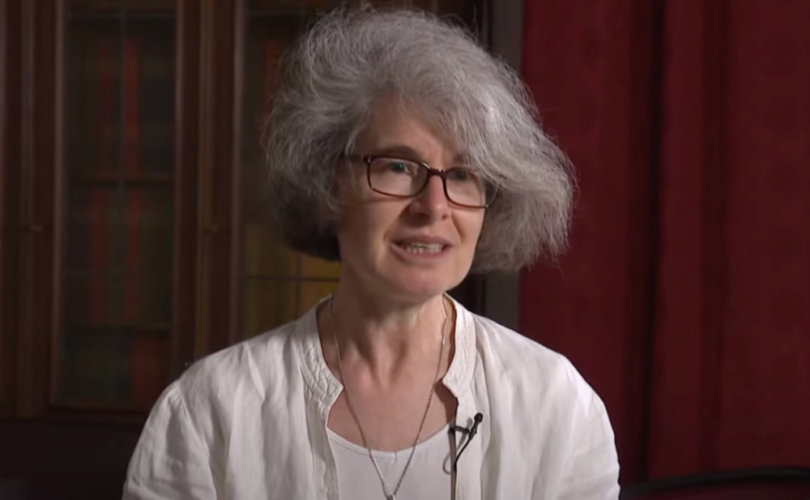 VATICAN CITY (LifeSiteNews) – A prominent female member of the Vatican Curia, Sister Nathalie Becquart, has declared that Pope Francis intends to “disconnect participation in the leadership of the church from ordination” in the Synod on Synodality.

Sr. Becquart – appointed in February 2021 as the Vatican’s first female member of the Roman Curia with synodal voting rights, and under-secretary of the Synod of Bishops, the body which is organizing the current Synod on Synodality – made the revelation in an interview conducted by The New York Times as part of the publication’s “Women and Leadership special report.”

Asked about the “obstacles” to female ordination in the Catholic Church, Becquart replied:

The vision of Pope Francis, through this synod, is to get rid of a clerical church and move to a synodal church — to disconnect participation in the leadership of the church from ordination. We can say that the way now opening up is to listen to all different views; for instance, not everyone thinks ordination of women is a good path. You have some groups calling for that, but you also have some groups calling for new ministries.

“The question of women is a sign of the times,” she said. “It is a powerful call within our societies and in the church. The church has already said we should fight against any discrimination against women. But it is a long way, not only in the church.”

Similar allusions to fundamental change in the Catholic Church following the Synod on Synodality were made by Cardinal Mario Grech, the general-secretary of the Synod of Bishops, who recently said the Synodal process would be a “discernment process,” by which the Church would “find truth.” Grech even hinted at Pope Francis effecting a “change” in doctrine following the Synod.

Yet the Church has already explicitly ruled against the possibility of female ordination, despite Becquart’s suggestion that such an option could be on the table. In Ordinatio sacerdotalis, Pope John Paul II firmly condemned any attempt at female ordination, writing:

The doctrine of male-only priesthood “has been preserved by the constant and universal Tradition of the Church and firmly taught by the Magisterium in its more recent documents,” the Pope added.

Cardinal Gerhard Müller, former Prefect of the Congregation for the Doctrine of the Faith, has repeatedly confirmed this magisterial teaching, stating that “women cannot become priests because this is excluded by the nature of the Sacrament of Holy Orders.” This prohibition is “normative and as a truth contained in Revelation, not a habit subject to change.”

In 2019, warning about the Amazon Synod’s working document (Instrumentum Laboris), Müller wrote firmly against any future change to the teaching on ordination:

Therefore, no synod – with or without the Pope – and also no ecumenical council, or the Pope alone, if he spoke ex cathedra, could make possible the ordination of women as bishop, priest, or deacon. They would stand in contradiction to the defined doctrine of the Church.

Pope Francis’ reported desire to divorce ecclesiastical “leadership” from ordination has already been rejected as impossible by Father Karl-Heinz Menke, a retired theologian of dogmatics at the University of Bonn. Menke told LifeSiteNews in 2019 that “the power of ordination (potestas ordinis) and the judicial power (potestas jurisdictionis) may not be separated.” Jurisdiction is intrinsically linked with “ordination,” noted Menke.

Referring to Lumen Gentium (paragraph 28), Menke added that the document “strictly binds the judicial power to the reception of the analogous [sacred] ordinations.”

Notwithstanding such teaching, Becquart’s own appointment as under-secretary to the Synod of Bishops was taken by Cardinal Grech as a sign of change both in the curia and the wider Church, as noted by LifeSiteNews previously. “We will then see what other steps could be taken in the future,” he declared after her appointment, adding that her presence in the General Secretariat would “undoubtedly” force a structural change.

Becquart herself alluded to a form of ecclesiastical revolution, commenting in 2021 that “the Church has learned from the Synod of the Amazon the importance of empowering women.” The “clericalist mindset is changing,” she said, employing one of Pope Francis’ oft-repeated terms.

Becquart repeated this theme when speaking to The New York Times, saying “now we rediscover that the main focus of the church is people walking together: Everyone has a role. Nobody should be set aside.”

She praised Pope Francis’ 2021 motu proprio Spiritus Domini, which opened up the ministries of acolyte and lector to women for the first time, calling it “a major change” for women in the Church.

However, theologian and acclaimed author Dr. Peter Kwasniewski, told LifeSiteNews at the time that the Pope’s move was “a kind of sop thrown to the feminists in the Church, which, of course, will not satisfy them, since the ‘holy grail’ is the priesthood or even the episcopacy.”