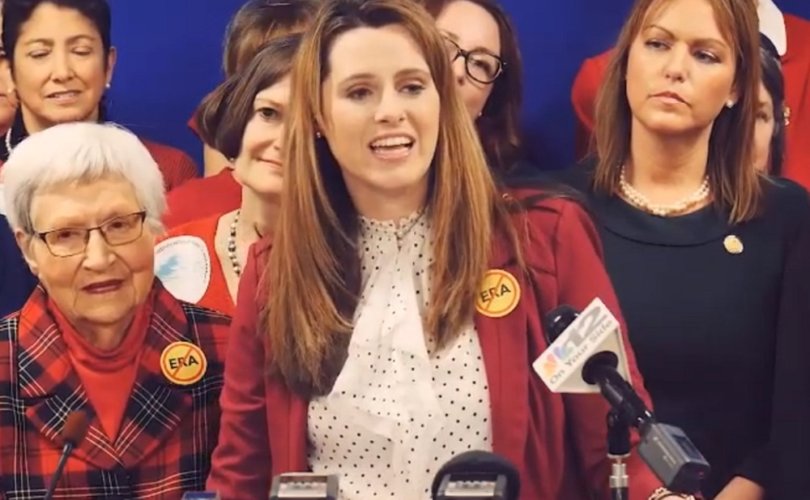 June 2, 2020 (LifeSiteNews) — Virginia’s conservative roots are being strained as pro-abortion Democratic governor Ralph Northam continues to hammer hard on people of faith and pro-lifers, especially during the coronavirus pandemic lockdown in the state. Conservatives are mobilizing to take back lost conservative seats this November, bring the Commonwealth back from blue to red, and reverse Northam’s leftist policies.

LifeSiteNews sat down with two prominent conservative voices working on the frontlines of the battle to protect life, liberty, and faith in the upcoming election.

Victoria Cobb, president of the Virginia Family Foundation, describes “a challenging moment for Virginians” as churches are found to be “non-essential” and abortion facilities remain open for business. Cobb is hoping the coronavirus crisis and Northam’s grip on the Commonwealth’s citizens “is causing them to wake up” and get out to vote in November.

She emphasized that voting matters and whom voters elect on the state level matters.

“There’s a lot at stake,” she notes, “and we’re hoping Virginians realize there’s more at stake than ever.”

This November vote will be unique, following the coronavirus lockdown, safety protocols, and the likelihood of absentee voting. While she remains hopeful, Cobb realizes that “there’s also this unusual moment where we don’t know what the group that will show up to vote, who will mail in their ballots, will look like.” That being said, she hopes pro-lifers and Christians will remain energized right up until election time.

Freitas is a candidate for the Republican nomination for the 7th U.S. Congressional District in Virginia, a highly sought-after seat that was lost in 2018 to pro-abortion candidate Abigail Spanberger. Freitas garnered national attention back in March 2018 when he strongly criticized Democrats for their utter hypocrisy in the Virginia gun control debate in the House of Delegates. Now he hopes to win back the 7th District and restore the life and family values that liberals have flushed.

Freitas notes that Democrats “used to want it [abortion] to be safe, legal, and rare. Now they want it to be anytime, anywhere, at taxpayer expense.” A staunch pro-lifer and son of a single college mom, Freitas describes how the shift from a conservative worldview to a progressive one in the Commonwealth means that the moment Democrats gained control at the state level, “they want taxpayer-subsidized abortion all the way up to birth, and according to Governor Northam, apparently afterwards as well.” Freitas sponsored the Born-Alive Protection Act in Virginia and unequivocally defends the most vulnerable in society.

He urges more Christians and people of faith to get out and vote this November. He is confident because he has seen conservatives become “far more organized than we’ve seen in recent history, at least on our side of the aisle, and I think that’s going to have positive impacts, both for the Commonwealth, with respect to Congress, the Senate, the Presidency.”

Much is at stake in the Commonwealth this November. Virginians and American conservatives should be hopeful that getting out to the polls is the first step on the way to victory.

June 3, 2020 update: This report now makes it clear that Freitas is a candidate for the Republican nomination.