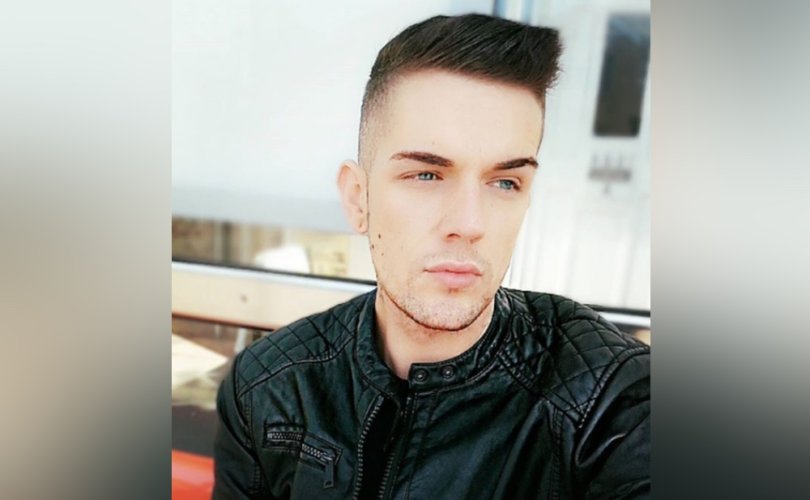 UNITED KINGDOM, January 9, 2019 (LifeSiteNews) – A 27-year-old man who had identified as ‘gay’ since age 14 has realized he is not a homosexual after choosing to remain celibate for a year.

Dominic Hilton, after performing homosexual acts with up to 150 men and engaging in 4 longer-term relationships with other males during his young life and working as a ‘male escort,’ clearly surprised himself with the discovery that he isn’t ‘gay’ after all.

“If you’d have asked me in the past if a person can change their sexuality, I’d have said no – but I’m living proof that you can,” Hilton told The Mirror.  “Sex is always something I enjoyed, but this past year, that sexual attraction to men has just gone.”

“It was a gradual thing – not like someone flicked a switch and I was straight – but now I am actively seeking a girl to settle down with,” said Hilton.

Following the break up with his ‘boyfriend’ on Christmas Day, 2017, the 27-year-old from Bournemouth, England resolved that in the new year he would abstain from sexual activity and dating.

“I started reading up on celibacy and saw people talk about how it had helped their self-esteem, lessened their anxieties, given them more energy and generally taught them more about who they were,” said Hilton, according to a Daily Mail report.

By choosing to be celibate for a period of time, Hilton had only hoped to feel a little better about himself, and gain a sense of control over his life.

“At that point, I was still feeling down about my break up, so I just wanted to do something to make me happy. I never imagined celibacy would change my life as much as it has.”

Over the course of 2018, Hilton noticed he was becoming increasingly attracted to women, and soon came to the conclusion that he was no longer attracted to men.  He reached a major turning point while on vacation last fall.

“My male friend and I were on holiday in Alicante, Spain in October, and where I'd usually be chatting about guys we could see, and if I thought they were attractive, I just couldn't join in,” Hilton told The Mirror.

“Then my friend turned to me and said, ‘You really are straight, aren't you?’”

“I'd been wondering if perhaps I was bisexual, and attracted to both men and women, but now, I just don't find men attractive anymore,” said Hilton.

“I have no intention of sleeping with a man again,” he added.

“Telling everyone I was straight was like coming out all over again,” said Hilton, who notes that even the way he dresses and his mannerisms have completely changed.

“Before, I was quite camp, whereas I’m not now. Growing up, I loved dressing in makeup like Boy George, but these days, I’m always in tracksuits.”

“I would recommend celibacy to anyone feeling a little lost in life,” offered Hilton, “you may be surprised at what you learn.”

But, it seems that Hilton has traded one problematic life for another. The young man said he is now looking for an “open-minded girl I can lose my virginity to.”