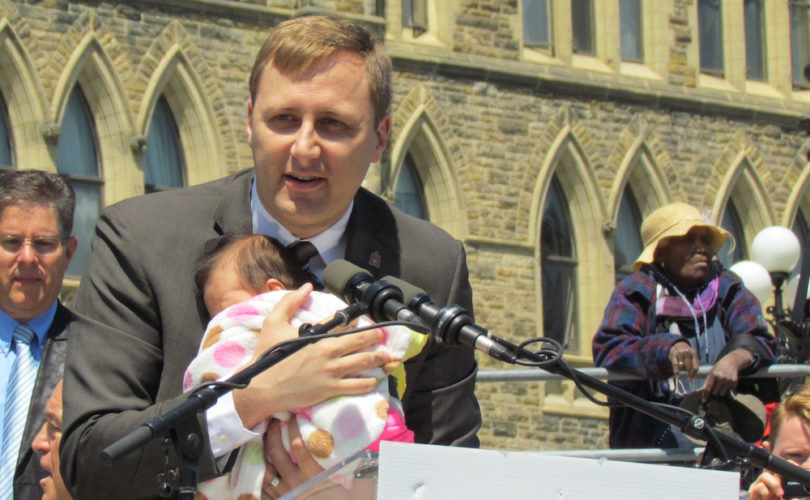 OTTAWA, March 1, 2016 (LifeSiteNews) — Saskatchewan Conservative MP Brad Trost has excoriated the parliamentary committee’s proposed regime on euthanasia and assisted suicide as “the most extreme in the world.”

In a public dissent from the report, the five-term MP joins four Tory MPs who sat on the committee and wrote a searing critique of the Liberal-heavy committee’s final report, tabled in Parliament February 25.

The all-party committee of five senators and 11 MPs was tasked with providing the government a framework to legislate on assisted suicide and euthanasia, following the Supreme Court’s February 2015 Carter decision, which struck down the current law as unconstitutional. That ruling takes effect June 6.

The “Liberal report” has “absolutely no protection for the vulnerable” and “ignores the dangers of euthanasia and the high percentage of euthanasia committed by doctors and nurses without permission of the patient,” stated the 41-year-old MP for Saskatoon-University.

Among the committee’s 21 recommendations are that people in early stages of degenerative diseases such as dementia can issue directives to be euthanized at a future date, that children or “mature minors” be eligible for euthanasia in approximately three years, and that psychological suffering alone be a criterion for euthanasia or assisted suicide.

It also recommended that objecting doctors be forced to refer their patients to a physician willing to kill the patient, and that publicly funded health care institutions be forced to  kill patients who request it, and are deemed eligible under the as-yet-to-be determined legislation.

Three studies in 2010 of Belgium revealed that euthanasia laws in that country “are being greatly abused by doctors and nurses,” Trost pointed out.

The studies showed that 32 percent of people euthanized were killed without consenting and that a stunning 47 percent of euthanasia deaths were not reported.

A third study revealed that Belgian nurses kill their patients despite a law that “specifies that only doctors are permitted to euthanize their patients,” according to Trost.

The committee’s majority report and MPs who support it are “opening a Pandora’s Box,” Trost said. He urged Canadians to read the minority opinion of his four Conservative colleagues, appended to the main report.

MPs Mark Warawa, Michael Cooper, Gerard Deltell, and Harold Albrecht stated in their dissent that the committee’s recommendations violate the Charter rights of physicians, and fail to protect vulnerable Canadians.

The four Tories also denounced the committee for going far beyond the scope of the Supreme Court’s Carter decision, which ruled that consenting adults had the right under the Charter to request euthanasia or physician-assisted suicide under some circumstances.

The Court gave the federal government a year, then a further extension of four months, to legislate just what those circumstances will be.

“I would submit this is a very radical and, I would submit, a dangerous report,” Cooper, a rookie MP from Alberta, told the Ottawa Citizen.

He particularly faulted the committee for not recommend mandatory psychiatric assessment for competency to consent for mentally ill people who request euthanasia or assisted suicide.

“There is no group of persons who are more vulnerable than people with underlying mental health challenges on the issues of capacity and consent,” Cooper said.