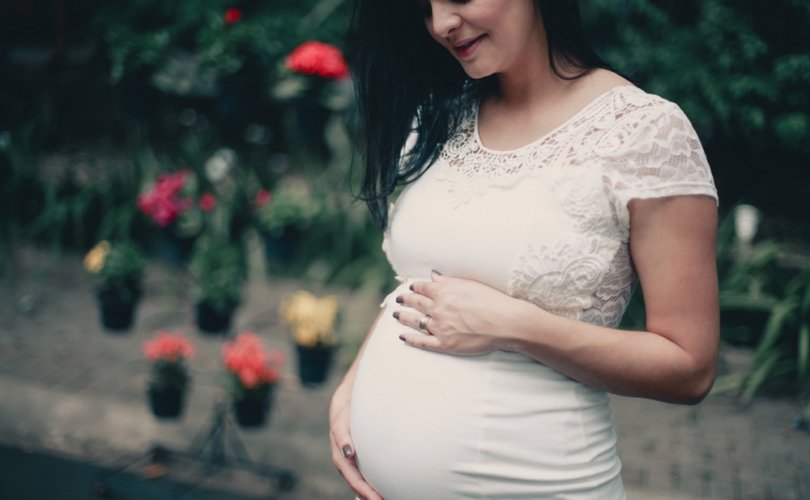 WELLINGTON, New Zealand, August 6, 2019 (LifeSiteNews) – On Monday, New Zealand’s Labour government undertook a radical move to reform the country’s abortion law. The bill introduced sets in motion a process which will potentially legalize abortion on demand up to birth with very few restrictions.

During a press conference, the Minister of Justice, Andrew Little, stated that the legislation seeks to “modernize” current law and ensure that abortion is “treated as a health issue” outside the “criminal framework that it currently sits in.”

The bill’s release follows a report of the Law Commission in October 2018, which recommended three alternative approaches to abortion law. The approaches included abortion on demand throughout pregnancy with no restrictions, with some restrictions, or a combination of the two.

Labelled by pro-life groups as extreme and anti-human rights, the abortion bill will be read in Parliament this Thursday after which a conscience vote will be taken. If it succeeds, the next step is a select committee where the public will be able to make submissions.

Prime Minister Jacinda Ardern expressed her happiness that legislation would be going before Parliament, saying it was the furthest any government had gone since the late 1970s. Ardern said that this bill has the “greatest chance of succeeding in parliament.”

The new legislation permits abortion on demand up to 20 weeks. After then, a woman would be able to obtain an abortion if her health practitioner, taking into account her physical and mental health and well-being, “reasonably believes that the abortion is appropriate in the circumstances.”

In all situations the health practitioner is required to ensure the woman is making an informed decision and gives informed consent.

‘Virtually any request’ for abortion ‘could be acceptable’ under proposed law

Dr. Catherine Hallagan, Chair of the NZ Health Professionals Alliance, expressed dismay at the concessions. Calling it a “travesty of antenatal care,” Hallagan pointed out that the “well-being grounds… are so broad that virtually any request could be acceptable.”

“The purpose of an abortion is to kill a human being who is small and vulnerable,” she stated. “It is not a health treatment in the usual sense.”

A woman will be able to self-refer for abortion, removing the current regime of referral and the approval of two certifying consultants.

Counselling remains non-mandatory, although the service must be offered.

While no one can be dismissed because of his or her objection to participating in an abortion, an employer can decide whether that objection impacts their ability to provide the service. If so, the objector’s employment may be lawfully terminated.

Abortion will be removed from the Crimes Act, which currently stipulates the specific circumstances when the procedure can legally be obtained. The exceptions have been lawful since 1977 and more than 500,000 unborn babies have been aborted because of this legislation.

The Contraception, Sterilisation and Abortion Act will remain in force, although with substantial amendments. As a result of these changes in the two Acts, the Abortion Supervisory Committee will be disbanded and the Director-General of Health will take on the responsibility of collecting data and developing standards of care.

It will remain a criminal offense for the unqualified to commit or supply the means to procure an abortion. Likewise, anyone who harms a pregnant woman and causes the death of her unborn baby will be charged with killing an unborn child.

Free speech restrictions around abortion centers may be enacted

“Under the current law, an unborn child is at least afforded some recognition and minimal legal protection,” stated Family First spokesperson Gina Sunderland. “In contrast, these proposals will give the unborn child the same status as an appendix, tonsils[,] or gall bladder – simply tissue removed as part of a ‘health procedure.’”

Independent polling conducted in January found there was “strong support for the unborn child having human rights and being legally protected once a heartbeat is detected.”

“The real question we should be debating is: at what point does the unborn child become a human being deserving of the same human rights and protections that we all receive and enjoy?” said Sunderland.

Kate Cormack, spokesperson for Voice for Life, pointed out the move “is simply wish fulfilment for a tiny minority of very vocal abortion ideologues.” She noted that the process “will waste valuable Parliamentary time and resources that should be spent on more pressing issues.”

Of concern to those who offer alternatives to women outside abortion centers, or who peacefully pray there, is the establishment of “safe areas” restricting their rights to go near abortion facilities. Decided on a case-by-case basis, the area would encompass no more than a 150-meter radius around the premises.

In designating a “safe area,” the Minister of Health must be satisfied that it is necessary to protect the safety, well-being, privacy, and dignity of abortion clients and staff. It must also be shown that the safe area can be “justified in a free and democratic society as a reasonable limitation on people’s rights and freedoms.”

Little explained during the press conference that despite the Law Commission not finding enough evidence to support exclusion zones, he had received many complaints about inappropriate behavior.

Family Life International, an organization that has facilitated prayer vigils and peaceful presence outside abortion facilities for more than two decades, is dumbfounded by Andrew Little’s comments regarding behavior.

“Where does he get his evidence from?” asked the organization’s Director, Dame Colleen Bayer.  “Many of our volunteers are elderly or parents with small children, hardly menacing.”

“Prayer volunteers often put up with disrespectful, loud, and abusive behavior by angry pro-abortion protestors and others on the street, but rarely complain.”

Bayer explained that at AMAC in Auckland, only a few people gathered during the day on the opposite side of the road from the building. Larger gatherings, such as candlelight vigils, always take place outside office hours, in the evening or on weekends.

Suggesting that the government is desperate to stop effective pro-life outreach, Bayer revealed that many babies have been saved throughout the country through the peaceful presence of people who genuinely care.

“Their mothers and fathers attest to this and are always extremely grateful that someone was there in their greatest hour of need,” she said.

Ken Orr from Right to Life summed up the pro-life position on the bill, saying it is “an unprecedented attack on women and their precious unborn disguised as health care. Pregnancy is not a disease and abortion of not health care. This bill constitutes an increasingly lethal attack on the family, by attacking and killing its weakest and most vulnerable members, our unborn children.”

New Zealanders are being urged to contact their MPs and ask them to vote no this Thursday when the first reading of the Abortion Legislation Bill takes place.