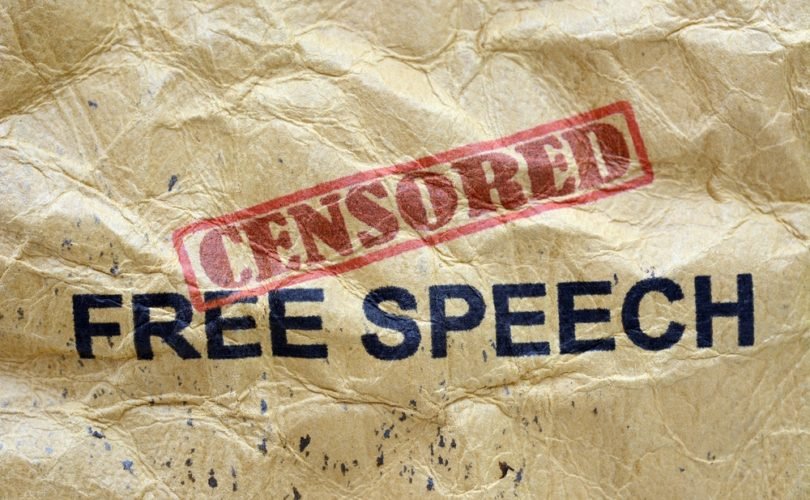 QUEBEC, August 20, 2015 (LifeSiteNews) — Public hearings have begun on a newly proposed ‘hate speech’ bill in Quebec that the Liberal government headed by Philippe Couillard hopes will “prevent and combat hate speech and speech inciting violence” arising from religious radicalization. But life-and-family critics are concerned that the bill could be used as a two-edged sword that could be used to banish Christian speech on controversial issues like homosexuality and abortion from the public square.

“Certainly Quebec’s [proposed] law, even if intended to combat Islamophobia, or whatever its purpose is, the practical effects will be to diminish the free expression rights of all peoples speaking on all topics,” said Calgary lawyer John Carpay, president of the Justice Centre for Constitutional Freedoms, to LifeSiteNews.

“And that would also include things like abortion, euthanasia, and gay ‘marriage,’ because free expression is a seamless web and if the government takes a knife to it, the shredded seamless garment is a consequence that has a bad impact on everybody,” he added.

The anti-hate-speech legislation Bill 59 was introduced June 10 with the goal of amending the province’s Charter of Rights and Freedoms to prohibit “engaging or disseminating” hate speech, a term that is conspicuously never defined in the bill.

The bill, sponsored by Minister of Justice Vallée, Stéphanie, would grant Quebec’s Human Rights Tribunal “new powers” including being allowed to investigate the private lives of citizens. The Tribunal would also be given the power to apply for a court order requiring persons found guilty of hate speech to cease such speech. The bill also appears to give power to the Tribunal to determine what constitutes “hate speech” and “whether a person has engaged in or disseminated such speech.”

A “hate speech” conviction comes with a fine between $1,000 and $10,000 and offenders will have their names published on the Tribunal’s website for the public to see. Repeat offenders could face up to $20,000 in fines.

The bill alarmingly would also amend the Youth Protection Act to allow the government to determine if parents are exercising what it calls “excessive control” over their children, stating that such control could be construed as “psychological ill-treatment” and provide grounds for the government to intervene.

Homosexual activists appeared at the bill’s public hearing committee earlier this week, arguing that the bill is too narrow to help them “fight more effectively against the manifestations of homophobia and transphobia.”

Activist Jeanne Lagabrielle expressed concern that the bill could even be used against homosexual activists who denounced religious teaching on marriage as “homophobic.”

“We would not like that the mechanisms put in place by Bill 59 could turn against us,” she told the Committee.

Prominent Quebec lawyer Julius Grey, known for his fierce defense of human rights and freedoms, argued before the Committee Monday that the bill would open the door to abuse and would be used ultimately by agenda-driven groups to suppress views they disagree with or which are deemed politically incorrect at the time.

Lawyer Julie Latour also warned the Committee at the same hearing that restricting speech could have the opposite effect of what the bill intended.

“The more we muzzle speech, the more there is a risk of slipping into violence,” she said.

Georges Buscemi, President of Quebec Life Coalition, told LifeSiteNews that the bill has a “huge potential of being abused,” especially if it is used down the road to “muzzle Christians who are fighting for the natural law in civil society.”

“And when defenders of the natural law are silenced, the whole of society suffers for it,” he said.

Carpay agrees, telling LifeSiteNews that the power of determining what is true or false in speech should be left in the hands of citizens, not handed over to a government that is often ideologically driven.

“If we empower the government to censor speech which politicians or bureaucrats deem to be hateful, then we are abandoning our responsibilities as citizens to determine truth for ourselves, and we are allowing government to make that decision on our behalf.”

“Anytime that a law restricts speech, it does invariably impact all speech on all topics, because of that transfer of power away from citizens and to the government and politicians and bureaucrats,” he said.

Gwendolyn Landolt, National Vice President of REAL Women of Canada, said the “most obvious” flaw is that “'hate' and ‘speech inciting violence' are not defined in the bill.”

“Consequently its interpretation will depend on the personal views of the members of the Quebec Human Rights Tribunal who will make this decision. The absence of such a definition was likely designed to give more latitude to the Commission, but it certainly creates a serious problem for anyone living in Quebec as there is no way of predicting how their words will be subsequently interpreted or defined,” she told LifeSiteNews.

Landolt called the bill “alarming,” adding that if passed, it will “unquestionably have a severe chilling effect on public discourse in Quebec.”

Public hearings on Bill 59 will continue until September 23.