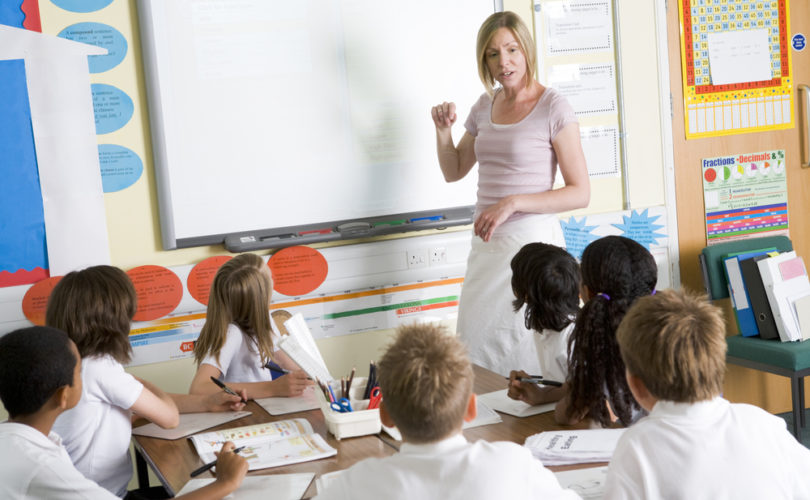 OMAHA, Nebraska, January 18, 2016 (LifeSiteNews) – A battle over sex education in Omaha schools roiling since last year is set to come to a head soon, with the district's board of education scheduled to vote this week on proposed new Comprehensive Sex Education (CSE) standards.

The new standards are an effort to usurp parents as primary educators of their children, one parents' group says, and with the push for the standards involving Planned Parenthood and other objectionable groups, parents are crying foul.

Nebraskans for Founders' Values (NFFV), through its initiative Save Nebraska Children, has booked renowned pediatrician, author, and speaker Dr. Miriam Grossman to speak about the issue and offer strategies for parents to respond to the CSE push. Grossman was scheduled to appear Sunday afternoon in Omaha.

The mindset of those behind the proposed CSEs is that parents are incapable of determining what should be taught to their children, Bonkiewicz said. “It rankles a lot of parents, as you might imagine.”

The Omaha Publics Schools (OPS) Board of Education will be making a decision to accept, decline, or modify the final CSE standards given to them by the OPS Human Growth and Development (HDG) leaders on Wednesday, January 20.

Omaha Public Schools proposed changes to its HDG curriculum for grades 4-12 in the middle of last year, which include adding in lessons on abortion, “emergency contraception,” LGBT issues, and gender identity.

Opposition from parents resulted in abortion and emergency contraception being removed from the proposed additions, but efforts continue for adding them back in, with parents upset over that and the new standards' sexualized nature.

A couple of Board of Education members are definitely pushing to make emergency contraception and abortion part of the OPS's curriculum, Bonkiewicz told LifeSiteNews.

A public forum on the proposed standards drew some 1,700-plus people last October, with the Archdiocese of Omaha weighing in, posting a September 22 call on its Facebook page for people to attend and oppose the new standards:

Only a strong showing of opposition by parents, grandparents, community and religious leaders to the OPS Board will block the path of this Planned Parenthood-inspired curriculum. The modern phenomenon of classroom sex education is not designed to warn kids away from permissive and harmful sex experiences. Rather, what they really aim at is breaking down traditional morality and sexual inhibitions in favor of actually encouraging sexual experiences

These sex education programs are in no way any solution, but rather are a significant part of the problem of today's sexual permissiveness – for when new attitudes about sex are purveyed in the classroom and under the authority of the school, the kids can be affected more decisively than they are affected by the sexual permissiveness they regularly encounter in the media.

Bonkiewicz told LifeSiteNews that while the archdiocese does have its own schools, there is a recognition that a majority of Catholic students are educated in public schools.

Aside from the issue of content of the proposed OPS CSEs, parents are troubled by the various pro-abortion groups behind the CSEs, including, aside from Planned Parenthood, Advocates for Youth, Sexuality Information and Education Council of the United States (SIECUS), and the Rutgers University-sponsored “comprehensive sexuality education” advocacy initiative ANSWER.

The WISE strategy is designed to get such curricula in schools, John Dockery, also of NFFV, told LifeSiteNews, including offering advice on how to handle opposition to the curriculum.

Dockery pointed out how it's a common tactic to promote CSE programs with the claim that they are age-appropriate, medically accurate, and evidence-based.

“Who determines 'age appropriate'?” he asked. “Planned Parenthood? It's a whole indoctrination thing that starts at an early age.”

The opposition to the CSE remained heated at the January 4 board meeting, which Dockery told LifeSiteNews lasted three hours.

Omaha parent Kathryn Russell told the Board of Education at that meeting it had a moral a moral decision to make.

Russell's remarks drew loud applause, the report said, but there are some who don't see an issue with the OPS proposed CSEs.

“Comprehensive sexual education is important for every single one of my peers. It is important to have all of the information in order to make an educated decision regarding my body and how to take care of it,” said Ryleigh Welsh, a sophomore at a local high school. “I have a right to this information.”

While there have been periods of public comment and at least one survey taken for input from the public, Dockery said the school system and board's movements in the area of sex education have not been completely transparent. Since the proposed CSE standards have generated the reaction they have from parents, that has begun to change.

“The transparency of what they've been doing has not been very good,” Dockery said.

This was fueled by OPS's participation in an October 30 event titled “Get Real: Let's Talk About Sex (ed.)” on the University of Nebraska Omaha campus, where hundreds of students from all OPS high schools and one of its middle schools received a “goodie bag” containing a dozen-plus condoms, sexual lubricant, and a dental dam for oral sex.

A student who was present spoke with NFFV and called the day a “sex concentration camp,” saying as well he thought it was sponsored by Planned Parenthood because the abortion giant's signage, displays, and material were available everywhere.

Students were reportedly transported on OPS busses, and OPS teacher chaperones were present. The goodie bag displayed the local Methodist hospital's logo, and Methodist Hospital representatives are believed to have been at the event.

The student said he learned of the sex camp from a teacher and that the first 100 kids who signed up were to get free movie tickets. A digital permission slip given to student for parents to sign did not include any details of the event.

The sex camp took place ten days after the October 20 OPS community forum on the proposed new standards. The school district distributed Comprehensive Sex Education (CSE) FAQs, NFFV representatives said, which stated in part, “Planned Parenthood has not been a part of our curriculum in the past nor will it be in the future,” and “OPS does not permit the distribution of contraceptives.”

After word of the sex camp event got out, OPS officials said the event did not align with its standards, according to the Omaha World-Herald, and principals called parents to apologize.

The key is making sure people are aware of the facts. “Parents need to be educated. They need to find out. They really need to know the truth.”

Everybody is busy these days, Dockery continued, and it often means parents end up leaving many aspects of their children's education completely up to others. But, he said, “this area of sexual education, they can no longer rely on schools to teach it.”

Bonkiewicz concurred, expressing the idea behind the NFFV group's standing up against the sex ed curriculum: “Who's going to protect our children and our grandchildren?”