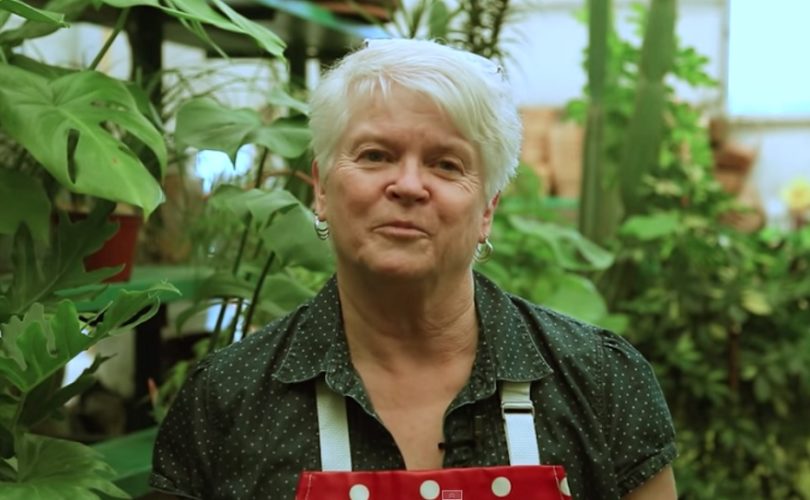 WASHINGTON, D.C., September 25, 2015 (LifeSiteNews) – The 72-year-old florist being persecuted by LGBT activists and the state of Washington told LifeSiteNews that the institutional campaign against her “isn't real to me.”

“I waited on Rob for years,” Barronelle Stutzman said, referring to the gay former customer who sued her for refusing to participate in his “wedding” to a man, shortly after speaking at the American Family Association's luncheon at the annual Values Voters Summit. “He would come in and pick out unusual and different vases, and he'd just say, 'Just do your thing, this is for Kurt's birthday,' or whatever, and I loved it because I got to get out of the box and make him something special. We had a great relationship. I really miss him.”

Stutzman said she never expected prosecution from the state, which her attorney later told LifeSiteNews could bankrupt her and cause her to lose her business. “Rob and I had been friends, as I said, for years,” explains Stutzman. “And when Rob left, I hugged him – before he left, we talked about his marriage, and why he was getting married. I told him about three other florists who could do his wedding, and we hugged, and he left, and we were fine – until the attorney general and the ACLU jumped on board.”

“I'm still a small businessperson,” says the soft-spoken grandmother. “This isn't real to me. I still go to work. The store's still open; I have a great manager and a great crew that take care of things while I'm gone, but I still go back and go to work, and do my job.”

“I spoke about our freedoms” at the luncheon, says Stutzman, “and about Rob and Kurt and our relationship. I talked about how God's promises are faithful, and that Christ gave His life for us, and what are we going to give for Him? And if everybody stands behind me, not behind me, and we be silent, then we have nothing left to fight for.”

Despite the enormous pressure she's been under, Stutzman described how she's “seen my crew grow in Christ, and we've had wonderful people support and pray for us, and it has been really encouraging for us.”

Stutzman “stands to lose everything she owns. It's unprecedented. We've never seen an attorney general come after one of its own citizens this way before – simply for declining to participate in an event. And not only suing her as her business, but personally.”

“There's a lot at stake in this debate.”

Fiedorek says Washington State law makes it illegal for businesses to discriminate on the basis of sexual orientation – but since Stutzman had served and employed people with same-sex sexual attractions before, the case “is about marriage, and the fact that the government can't coerce one of its citizens to violate their First Amendment freedoms, and participate, and use their expressive art, to celebrate an event that conflicts with their sincerely held beliefs.”