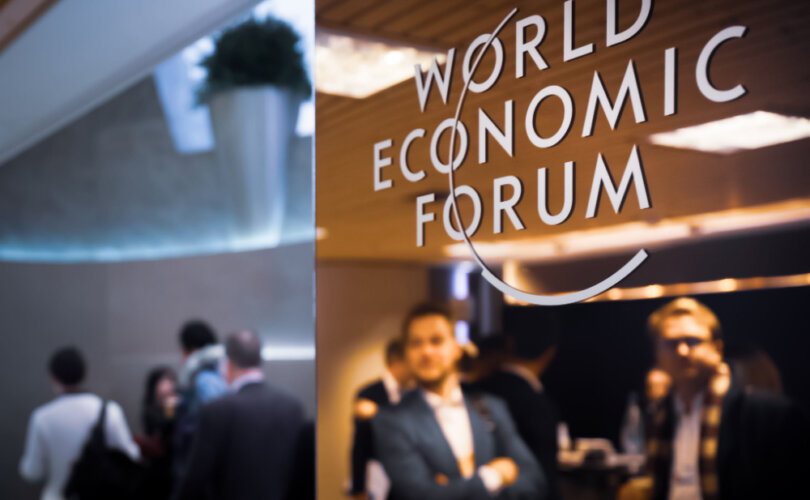 DAVOS, Switzerland (LifeSiteNews) — Prostitutes are flocking to Davos, Switzerland and its surrounding areas, driven by the sex demand that accompanies the World Economic Forum’s (WEF) annual meeting of many of the world’s most powerful men.

Reports have confirmed that this year, as in previous years, prostitutes are increasingly being booked in and around Davos as WEF’s 2023 meeting kicks off.

The annual Davos summit is attended by prime ministers and presidents, high-ranking officials, academics, and top media and business moguls, including those belonging to the world’s richest and most controversial organizations, such as BlackRock, the Bill and Melinda Gates Foundation, and Google.

The managing director of an escort service from the village of Aargau, about a two-hour drive from Davos, told Bild on Tuesday that the demand for call girls is high at every annual WEF summit in Davos, and this year is no exception. She shared to the Swiss newspaper 20 Minutes that her escort “service,” which is legal in Switzerland, has received 11 reservations and 25 inquiries, and expects many more this week.

The 36-year-old prostitute and writer Salome Balthus is staying at a hotel near Davos during the weeklong summit but would not tell the Daily Mail who her clients are.

“Believe me, you don’t want to get into litigation with them,” she warned.

Balthus posted Monday on Twitter, “Date in Switzerland during #WWF means looking at the gun muzzles of security guards in the hotel corridor at 2 a.m. — and then sharing the giveaway chocolates from the restaurant with them and gossiping about the rich … #Davos #WEF.”

A prostitute named Liana told Bild that one of the conference’s 2,700 attendees, an American, regularly sees her, including during other visits to Switzerland every year.

In 2020, a special investigation by The Times found that 100 prostitutes travel to Davos during the annual WEF summit, “according to a senior Swiss police officer.”

First-time female Davos attendees were also reportedly warned not to go out alone after dark due to “routin[e]” sexual harassment by “wealthy men.”

“Because if something happens with some big CEO, who is going to be believed? You or them?” one WEF official told The Times.

A WEF spokesman said the organization had a “zero-tolerance policy” toward harassment during the Davos meeting and the WEF “was not responsible for the conduct of official delegates away from the Congress Centre,” The Times shared.

Since the meeting’s inception in 1971, Davos attendees have dialogued about how to address what they consider to be the world’s most pressing problems, such as a transition to “green” energy sources and “climate change,” through government policy and business practices.

Klaus Schwab, the founder and chairman of the WEF, recently called for a wholesale “restructuring” of the world’s economic, political, social, and ecological systems, acknowledging,  “If you restructure an economy, the result is a reduction of income — of disposable income — which can lead to extensive social tensions…”

The WEF envisions systemic societal changes involving joint government-business action as part of the “Great Reset,” an aspiration criticized for its potential to harm the common people’s freedom and prosperity in the name of environmental sustainability.

While not considered one of the WEF’s primary concerns, access to abortion is euphemistically endorsed by the group as a “health resource,” and already this year, Indian Minister for Women and Child Development Smriti Irani proudly shared how Indian Prime Minister Narendra Modi introduced abortion up to 24 weeks of pregnancy in India “without a whimper” from India’s male politicians.

An incomplete list of WEF participants can be found here.