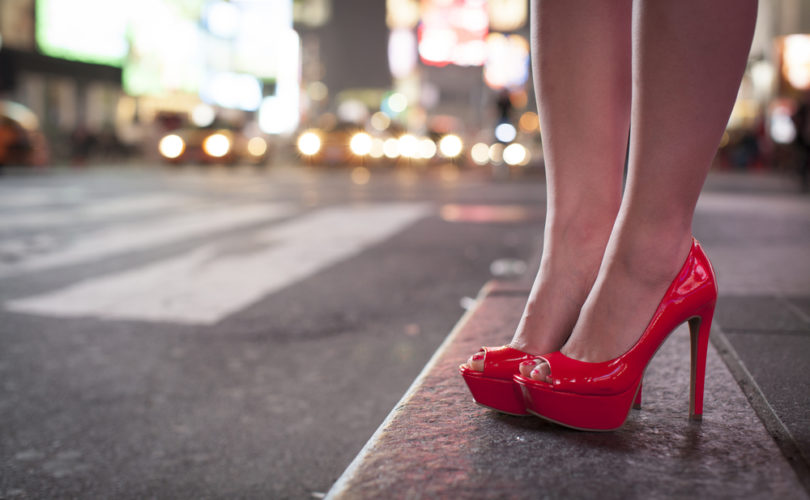 NEW YORK, September 18, 2015 (C-Fam) As Amnesty International fleshes out its new policy backing the decriminalization of prostitution, Rachel Moran has some insights for them.

Her life in the sex trade, and her decision to get out, has made her a leading campaigner against Amnesty’s policy. The author of “Paid For: My Journey Through Prostitution,” speaks openly of the violence, isolation, and drug abuse inherent in prostitution. What people like her need, she says, is help getting out.

Once prostitution is legal, “there is no incentive for the government to provide exit strategies for those who want to get out of it,” Rachel wrote.

Her path began as an orphan in Ireland. At 15, “I was on the streets with no home, education or job skills. All I had was my body.”

Abusing drugs is “as common to women in prostitution as wiping down tables would be to a waitress,” she says. “The daily reality is trauma, and you want to escape that.”

Amnesty’s resolution “supports the full decriminalization of all aspects of consensual sex work.” The group claimed it “addressed the issue from the perspective of international human rights standards.”

Treaties, however, proscribe prostitution – especially of children – calling it “incompatible with the dignity and worth of the human person” and endangers “the welfare of the individual, the family and the community.”

Amnesty’s pro-prostitution campaign focused on women who theoretically choose to engage in “sex work” and diverted attention away from pimps, brothels and johns – those who gain the most from normalizing the sex trade.

“It’s nonsense to say a person can be empowered by allowing their body to be as open to the public as a train or bus station,” Rachel said. And consent requires viable choices and alternatives.

When prostitution is socially endorsed, the market expands. “Where are these new bodies coming from?” Rachel asks. “Young women with choices are not going to say, ‘I’ll go into the sex trade instead of going to college.’”

“No. Socially disadvantaged young girls are funneled straight into prostitution.”

LGBT activists also note that vulnerable young people are most likely to be prostituted – even as they argue for decriminalizing all aspects of the sex trade.

Two weeks after Amnesty’s vote, LGBT groups were quick to criticize a crackdown on the website “Rentboy.com.” The CEO – a self-described “cyper pimp” – and staff were busted in New York for promoting prostitution. The site raked in over $10 million since 2010 from monthly fees and ads for male prostitutes who listed prices for sexual services.

“Sex work disproportionately affects the LGBT community,” wrote Sam Brinton. The co-chair of #BornPerfect said the arrests were a “devastating assault” on young people who identify as lesbian, gay or transgender (LGBT) and turn to prostitution.

Many “LGBT youth engage in sex work just to survive.”

Yet none of the male prostitutes who advertised on the website were arrested. This approach fits the Nordic model, championed by Rachel and others, where pimping, brothels and purchasing sex are outlawed but not those being prostituted.

Experts say that teens and children will sell themselves cheaply, for the price of a meal, even as pimps and johns put a premium on their youth and vulnerability.

“I answered phones in enough brothels 2 know,” Rachel tweeted, “the most common question is always, ‘What is the youngest girl you’ve got?’”

The solution is creating avenues out of prostitution, like helping with childcare, education, addictions.

Rachel’s will to escape was sparked by her 4 year-old son entering school, and an intimate relationship with a man where she “experienced sexuality in a way that it was put on this earth to experience.”