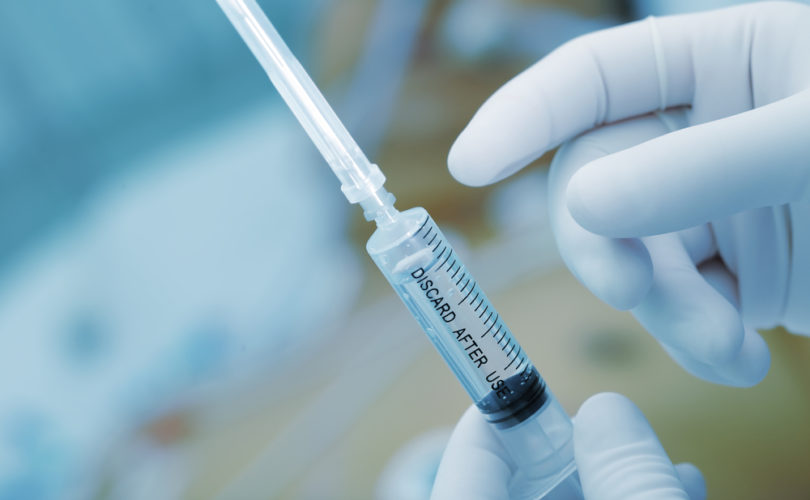 DELTA, British Columbia, January 6, 2020 (LifeSiteNews) — The British Columbia government is ordering a palliative care hospice to allow its patients to be killed onsite through “medically-assisted death,” or euthanasia, by February 3.

Fraser Health Authority (FHA) issued the deadline to the Delta Hospice Society in late December but did not specify the consequences if it does not comply, reported the Delta Optimist.

It’s the latest development in the society’s long-running battle to prevent the lethal injection of patients onsite at the 10-bed Irene Thomas Hospice it runs in a suburb of Delta, a city south of Vancouver.

FHA spokesperson Tasleem Juma confirmed in an email that the health authority met December 5 with leaders of the hospice “to discuss concerns we have regarding compliance of their contract,” and that it has since “provided them with formal notice of the concerns and shared our expectations that they comply to permit medical assistance in dying by February 2020.”

Juma did not elaborate on what penalties the hospice will face for non-compliance.

“Of course, we do live in a free society,” Dix told the Toronto Globe and Mail last month.

Dix did not respond to a request for comment from LifeSiteNews by deadline.

Fraser Health is insisting that the hospice does not qualify for the exemption it grants to faith-based organizations under its euthanasia policy and that it must provide lethal injections to patients under the terms of its contract.

The FHA issued its euthanasia policy in September 2016, three months after Justin Trudeau’s Liberal government legalized the practice in Canada at the bidding of the Supreme Court, which in February 2015 struck down the law prohibiting euthanasia as unconstitutional.

Fraser Health funds the Delta Hospice Society $1.3 million annually, or about 47 percent of its operating budget — the rest comes from private donations — and owns the land on which the hospice sits, which it leases to the society, according to the Vancouver Sun.

The hospice, which currently transfers patients out to be euthanized, is arguing that lethally injecting patients is directly opposed to palliative care, and that permitting euthanasia on-site violates its constitution, which states it will not hasten a patient’s death.

The hospice society is backed by both the Canadian Hospice Palliative Care Association (CHPCA) and the Canadian Society of Palliative Care Physicians (CSPCP), which issued a joint statement in November asserting that palliative care and euthanasia — which is called “medical assistance in dying,” or MAiD — are “fundamentally different practices.”

That’s also the position of hospice founder and executive director Nancy Macey, who was fired by the hospice society’s board September 2019 in the course of the acrimonious dispute. The board then voted to allow euthanasia onsite.

Macey said at the time she is seeking legal advice, the Globe reported.

But after a membership drive that tripled the society’s membership of 200, a new board was elected on November 28 during what the Globe described a “raucous meeting.”

The new board voted to reverse the decision to allow euthanasia.

Incoming president Angelina Ireland told staff, volunteers and members in a letter the decision was based on two independent legal opinions that euthanasia is not compatible with the society’s purposes as stated in its constitution, according to the Delta Optimist.

The new board also voted to dismiss the society’s current executive director and appoint an interim one.

The results of the dispute will be far-reaching, says Alex Schadenberg, executive director of the Euthanasia Prevention Coalition.

“This is really a battle over Canada,” he told LifeSiteNews.

“For a government to force a hospice to have to do euthanasia, even though the hospice has its articles of incorporation that they do not hasten death, they are saying that every medical association will be forced to do it.”

He has launched a petition supporting the hospice society addressed to Fraser Health Authority president Dr. Victoria Lee, and to Minister Dix, and is urging all concerned Canadians to sign it.

To express concern to the Minister of Health: