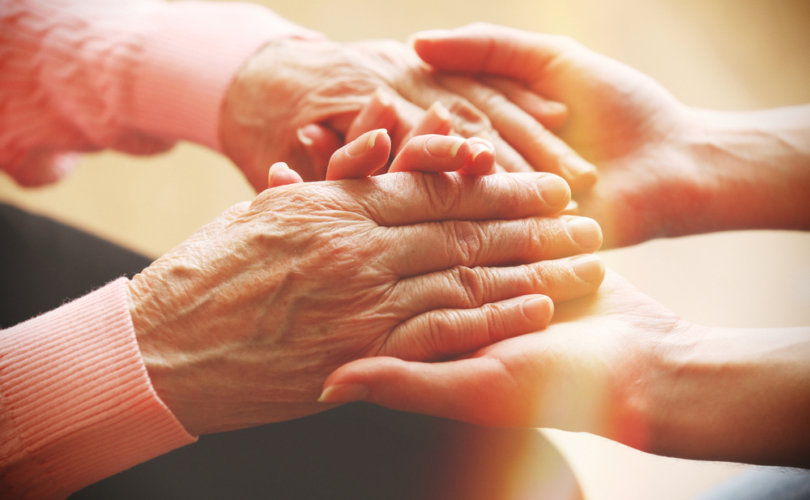 LADNER, British Columbia, February 28, 2020 (LifeSiteNews) — British Columbia’s NDP government is pulling $1.5 million in public funding from a palliative care hospice and threatening to seize the facility because it refuses to allow doctors to kill sick patients by lethal injection onsite through “medically-assisted death,” or euthanasia.

That allows for the required 365-days notice to end the service agreement between Fraser Health and the non-profit society without cause, and thus avoid the dispute ending up in court, he said, as reported in the Vancouver Sun.

Dix also said that at the end of the year the government may seize the 10-bed Irene Thomas Hospice in Ladner that is now run by the Delta Hospice Society.

“We may take over the existing site,” which is on Fraser Health Authority land and rented for $1 a year to the society, said Dix, according to the Sun.

“We may find another site. These beds will not move out of Delta.”

But the government seizing the hospice building would be a “scandalous appropriation of private assets,” fired back Delta Hospice Society board chair Angelina Ireland.

The society “built the Irene Thomas Hospice without taxpayer funds, at the cost of approximately $9,000,000,” she said in a press release.

Moreover, it has operated the hospice “for 10 years, providing more than 700,000 hours of volunteer labour and $30 million to the public health care system,” she added.

“You know, we haven’t been a bad partner. But for some reason, we’re being treated with absolute disdain,” Ireland told LifeSiteNews.

Dix’s decision is the latest blow to the society in a bitter long-running battle over its refusal to allow patients to be lethally injected onsite in the wake of Canada’s legalization of euthanasia, or “Medical assistance in dying,” (MAiD), in June 2016.

The hospice society is arguing that allowing euthanasia violates its constitution, which promises not to hasten a patient’s death, and that palliative care and euthanasia are not compatible.

But Dix claimed Tuesday that the hospice is violating federal law and B.C. government policy that non-denominational health care institutions that receive more than half their funding from the province must provide euthanasia, the Vancouver Sun reported.

However, the minister and the health authority have completely ignored the society’s January offer to forego $750,000 in public funding in order to fall below the benchmark of 50 percent of public funding for its beds, which are now funded 94 percent by the government, Ireland said.

Indeed, Dix was dismissive when the Delta Optimist asked him if he’d considered Ireland’s proposal.

Ireland said she only heard Dix’s decision when the media started calling her.

She responded in a press release the next day that the society is “shocked and outraged this week by the Fraser Health Authority’s blatant move to cut off all discussions.”

The hospice is willing to transfer patients out for euthanasia, which is readily available in the lower mainland, while palliative care beds are “becoming scarce,” she told Canadian Press.

“All I can say is they were transferred out to their preferred location — two went home and one went next door to the Delta Hospital, one minute away,” she said.

All this makes Dix’s decision not only “baffling,” but clearly “agenda-driven,” Ireland said.

Euthanasia “is a separate public health care stream, distinct and apart from palliative care,” she stressed.

“If the government wants to open MAiD facilities that’s their option, but they must not be allowed to download it onto the backs of private palliative care facilities,” added Ireland.

“And it’s all about dollars. It is easier and cheaper for the government to provide euthanasia rather than continue with palliative care. Basically, they are saying that no palliative care facility in B.C. has a right to exist unless it also provides euthanasia.”

The hospice received support from Delta South Liberal MLA Ian Paton, who criticized the NDP for being heavy-handed, reported the CBC.

“What I see is government literally stealing assets of the people of Delta that worked so hard for so many years to raise $8.5 million for this facility,” said Paton, who did not say where he stood on euthanasia.

Ireland, who was elected chair in a turbulent meeting in December during which the new board reversed the former board’s week-old decision to allow euthanasia at the hospice, told LifeSite she is looking at legal and other options.

Dix pulling $1.5 million “would be essentially closing down the society, because that’s not the kind of budget you could possibly fundraise,” she said.

However, the battle is far from over, added Ireland, who began volunteering with the society after using its programs when diagnosed with cancer several years ago.

“And I’m not afraid of Minister Dix because I’ve already been against the biggest threat that I could have faced in my lifetime… I will be there to challenge him every step of the way.”

A noon rally on April 4 at the Victoria legislature to support the hospice will feature Margaret Cottle, Dr. Will Johnston, MP Tamara Jansen and Alex Schadenberg of the Euthanasia Prevention Coalition as speakers.