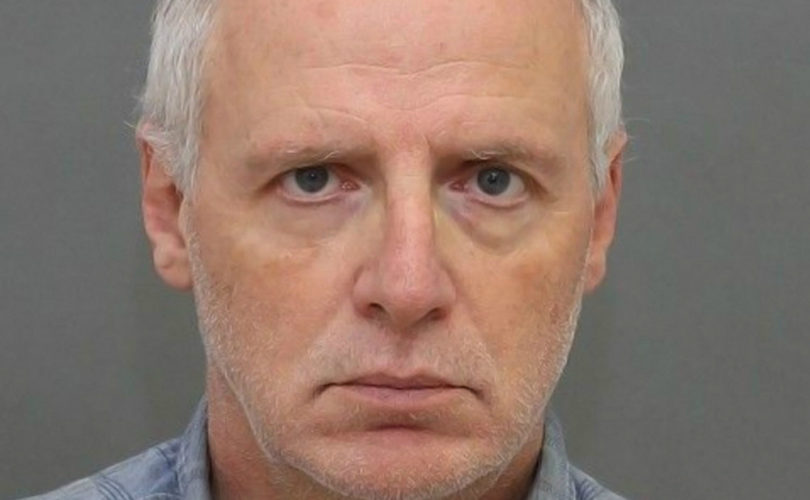 Editor’s note: The following article has some disturbing content.

TORONTO, April 14, 2015 (LifeSiteNews.com) — As the second day of Ben Levin’s sentencing hearing for three child pornography-related convictions begins April 14, thousands of parents are expected at Queen’s Park and in London for protests against the radical Liberal sex education curriculum that critics say Levin himself admitted being responsibile for developing as an Ontario former deputy minister of education.

On Monday, forensic psychiatrist Dr. Julian Gojer told the court that Levin had acknowledged “a pedophiliac interest that had gone on at least four years” which had a “sadistic component to it,” but which remained on a “fantasy level.”

Gojer also told Justice Heather Adair McArthur of the Ontario Court of Justice, “I have concern about [Levin’s] grooming or counseling a person to commit sexual acts.” This gets “closer to the end of hands-on” sexual abuse on the pedophiliac spectrum and “has the potential to cause some children harm.”

“When it does involve counseling to commit sexual offences, not only are you talking about sexual abuse, you are indirectly or in a vicarious manner participating in the sexual exploitation of children,” stated the witness for the defense.

Formerly a tenured professor at the Ontario Institute for Studies in Education at the University of Toronto and a member of Premier Kathleen Wynne’s transition team, the now-disgraced 63-year-old Levin pleaded guilty March 3, 2015 to making written child pornography, counseling a person to commit a sexual assault, and possession of child pornography.

The court also heard Monday that while on a business trip to Amsterdam, Levin met an Englishman with whom he had previously discussed online the sexual abuse of children.

After persistent questioning by Crown co-prosecutor Patricia Garcia, Gojer agreed that a face-to-face meeting with a contact from an online sex-chat site constituted a “significant step” in the “chain of predation” from sexual fantasies to “hands-on” sexual abuse.

Garcia referred to Levin’s June 21, 2013 online conversation with New Zealand undercover officer Russell Gray. Levin messaged that “I have met one guy” who had sent a picture of his daughter “who I find arousing” and, “I can talk to her father about her, about f—king her” and “we perve together.” Levin also said, “Anyway we have met in person once so you never know.”

“This is an incredibly significant exchange,” Garcia said. “He met this man in person. We’re not in a fantasy world any more, we’re in reality.”

When Garcia asked Gojer why he did not include this face-to-face meeting in his psychiatric report, the witness said that he only talked to Levin about it the day before the hearing, and that Levin told him he had not discussed children at the Amsterdam meeting.

“I did not challenge him on that,” Gojer admitted. “It’s difficult to get the truth.” He said he did recall Levin saying earlier he met the man in Amsterdam, but assumed the Crown knew about it and that he didn’t have time to add an addendum. He also stated there was “no way of knowing” if the man actually had any children.

Garcia also noted that Levin had “voice chatted” with an online contact, but that Gojer’s psychiatric report omitted the incident.

Under Garcia’s cross-examination, Gojer admitted that Levin’s “sadomasochistic” fantasies were at the “extreme end” of the spectrum.

“Any sexual abuse of a child has a sadomasochistic component to it,” Gojer told the court. Levin’s online chats with the undercover officers “are all sadomasochistic,” and “pedophiliac and sadomasochism are interwoven at a fantasy level” in them.

He testified that Levin described himself as a “couple” in his profile on “M”, an “alternative” sexual lifestyle website, which has chat rooms on “incest” and “teens.” Levin also claimed he and his wife had sexually abused their three daughters because “the chats are about incest,” Gojer testified, and Levin “wanted the fantasy to be as authentic as possible.”

“The more realistic it looked the more exciting it became,” Gojer said.

“It normalizes the behavior, does it not?” asked Garcia.

“It draws more people into the circle…it’s a diffusion of responsibility,” Gojer replied. He stated that it would be “very disconcerting if there were children on the other end getting abused.”

Gojer said Levin “minimized” and “ignored” this, although he was “consciously aware children were being abused.” Moreover, Levin’s “standard answer was ‘I believed it was all fantasy.’”

Levin’s “history is not sadomasochistic in real life,” Gojer said.  His behavior towards his daughters and their friends was always appropriate, and “very non-intrusive.”

Gojer testified that at the time of Levin’s “intense period of pedophiliac fantasies” of four to five years, he was under stress from work, his parents had dementia, and he was experiencing erectile dysfunction.

(Four years before Levin’s arrest in 2013, he was deputy minister for then Liberal minister of education Kathleen Wynne. He stated on March 6, 2009 that he was in charge of the province’s curriculum.)

Gojer said he had attended about 40 group therapy sessions with Levin, and is helping him to gain insight into his “cognitive distortions” such as “minimization” and “denial,” and to learn how to manage his emotions.

In Gojer’s opinion Levin is a low risk to re-offend because he has been exposed in his behavior, has expressed remorse, is engaged in counseling, has the support of his family, is “pro-social” not anti-social, and continues to have marital relations with his wife.

“He’s got to face the consequences of his actions and pick up the thread of his life when he comes out,” Gojer said.

The hearing’s first witness was Detective Constable Paul Robb of the Toronto police Child Exploitation Unit, who showed Justice McArthur, and described to the court the 14 photographs and two videos that were accessible to Levin on the two computers and hard drive seized at the time of his July 2013 arrest.

The photos were of Caucasian girls all under 18 years of age, pubescent and pre-pubescent, generally unclothed, sometimes appearing bound, often performing sexual acts with adults.

Levin’s attorney, Clayton Ruby, noted these were the only items of some 2,000 pornographic images seized that fit the description of child pornography.

During the April 13 to 15 hearing, the Crown is arguing that Levin receive the maximum sentence of three years and eight months. Ruby is asking for two, to be served in a federal penitentiary.

The hearing continues Tuesday and Wednesday.

Meanwhile, opponents of Liberal Premier Kathleen Wynne’s sex education curriculum say that, aside from gender identity material, it is virtually identical to the 2010 curriculum rolled out under Wynne as education minister, with Levin as her deputy. That curriculum was shelved because of parental backlash.

Levin was made responsible for curriculum in 2009 and helped produce the “equity and inclusivity strategy” that underpins the 2015 Liberal sex-ed curriculum. Critics of the sex-ed curriculum have revealed emails that show Levin was involved with policy and curriculum development with the Ministry of Education right up to his arrest.