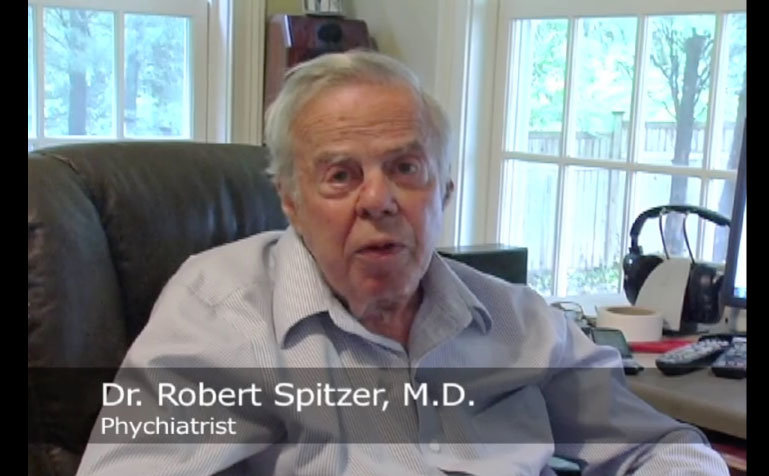 December 30, 2015 (LifeSiteNews.com) – Dr. Robert Spitzer, the psychiatrist who declassified homosexual orientation as a mental illness under heavy pressure from homosexual activists, died on December 25 at the age of 83, according to his third wife, Janet Spitzer.

Spitzer was famous for capitulating to homosexual activists twice in his career, in both cases to the benefit of the gay political agenda. The first and most famous was his decision in 1973 to advocate removing homosexual orientation as a mental illness from the American Psychiatric Association’s Diagnostic and Statistical Manual (DSM), the handbook used by the APA to classify mental illness.

Spitzer met with homosexual activists after they engaged in multiple disruptive protests at the APA annual meeting in the early 1970s, and agreed on behalf of the APA to remove homosexuality from the list of disorders in cases in which it does not cause “distress” to the homosexual. The illness of homosexuality was replaced by another category, “sexual orientation disturbance,” a move that was approved by a bare majority of 55% of the APA’s membership.

In future editions of the manual, “sexual orientation disturbance” was replaced by “ego-dystonic homosexuality” (regarding cases in which homosexual orientation is undesired) and finally simply disappeared from the manual altogether. The removal of such diagnoses has been used as a rationale worldwide to prohibit homosexuals from receiving treatment, even when they wish to change their orientation or avoid homosexual behavior.

Since then, the APA has used Spitzer’s criteria to remove all unnatural forms of sexual behavior from the list of disorders, including pedophilia. Today, tendencies towards pedophilia, bestiality, and necrophilia (sex with corpses), are listed as “paraphilias” and are only regarded as illnesses if they cause the sufferer distress or impair their functioning, or, in the case of pedophilia, if the laws against sex abuse are violated.

Spitzer capitulated a second time to homosexual activists in 2012, when he apologized for his involvement in a study he had done indicating that some homosexuals who undergo therapy or otherwise seek to change their orientation, experience meaningful change in their sexual urges and behavior.

The study, which was published in the peer-reviewed Archives of Sexual Behavior in 2003 after being presented to the APA in 2001, immediately made Spitzer the target of a bitter and vituperative campaign by homosexual activists. Spitzer suffered continuous personal attacks in the press and a stream of hate mail from enraged homosexuals.

In 2012, after more than eleven years of pressure, Spitzer told a homosexual reporter from the American Prospect that he thought the critiques of his study had been “largely correct,” and asked him “to print a retraction of his 2001 study” so “I don’t have to worry about it any more.” He then wrote a letter to the editor of the Archives of Sexual Behavior apologizing to the “gay community” for “making unproven claims of the efficacy of reparative therapy.” The Archives, however, did not retract the study.

“I also apologize to any gay person who wasted time and energy undergoing some form of reparative therapy because they believed that I had proven that reparative therapy works with some ‘highly motivated’ individuals, Spitzer wrote. In a later interview he added that he regarded homosexual orientation as something that “can’t be changed,” despite his previous acknowledgement that numerous “highly motivated” therapy patients regarded themselves as having changed.

Priest attacked by activists, media, and even his diocese for calling homosexuality a ‘disorder’ – but he won’t back down